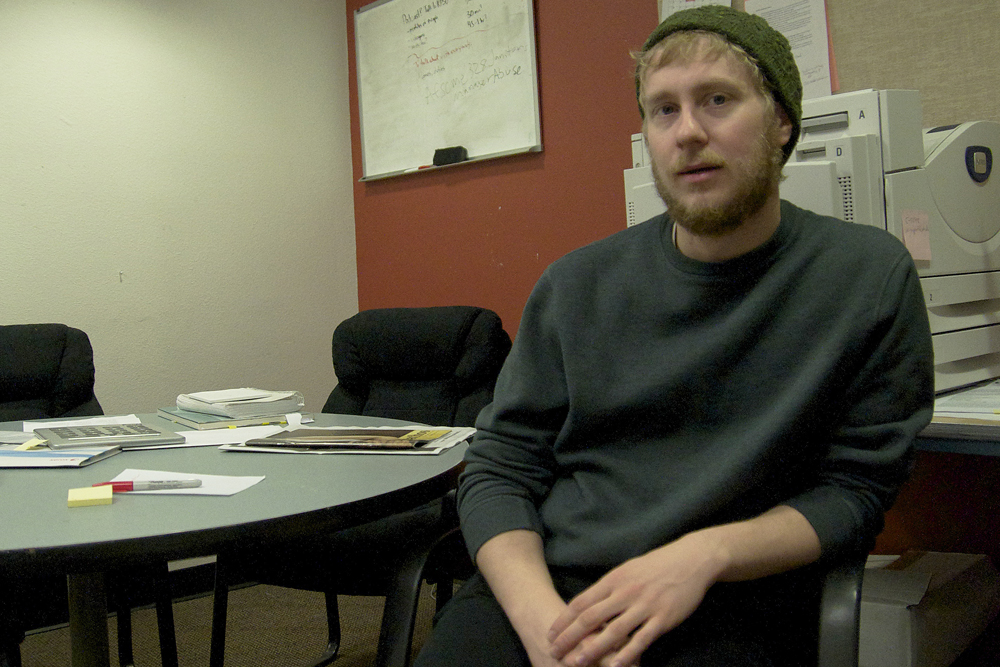 A recent student-led merger united the two publications into a new monthly magazine, The Pacific Sentinel. The new publication hit stands across the PSU campus for the first time on Friday.

Print Editor-in-Chief Alex Skousen said that both the format and the style take inspiration from the in-depth investigations of The New Yorker and The Atlantic.

The Pacific Sentinel aims to combine the two mission statements of the previous publications into one cohesive entity. The “sentinel” aspect of the name comes from the imagery of a watchtower or a lookout, aligning with The Rearguard’s previous dedication to social justice and advocating for the marginalized. The “pacific” is the opposing coast to The Atlantic’s.

“It’s really just a combination of the ideals of The Spectrum and The Rearguard, because we have the balanced in-depth investigative journalism The Spectrum offered as well as social justice issues that The Rearguard brought in,” Skousen said.

The Sentinel will feature a section dedicated to social justice, as well as news, arts and culture, technology and academics. In addition to printing physical editions, the publication plans to regularly release online content on social media and a website, to be developed in the near future.

Having merged organizations, the Sentinel enters winter term with two Editor-in-Chief positions; one managing print, the other online. All editor positions are tentative and must be approved by the Educational Leadership Service Awards Committee.

The ELSA Committee is a board that oversees procedures related to a particular type of student funding. Student Media, as well as other organizations like the Associated Students of PSU, are not technically university employees, receiving compensation similar to scholarship awards rather than wages.

The history of a potential merger for the publications goes back several years. In May 2014, Student Media held a two-day forum to discuss the possibility of a merger, but public feedback and organizational support wasn’t strong enough to call for a definitive merger. The conversations continued in January 2015 with another forum, following a year of continued struggle for the organizations. Results again were inconclusive.

Skousen said the recent idea to merge the two organizations came from The Rearguard’s former Editor-in-Chief Astrid Woolridge, who graduated after the groups united.

Skousen also cited diminished staff size in the publications’ previous print struggles. He said that one person leaving could throw off the whole publication cycle.

Student Media Coordinator Reaz Mahmood pointed to a number of factors which might have impacted the groups’ ability to publish, including increasing tuition costs and the rising rental rates in Portland—all of which could deter students from participating in extracurricular activities in the efforts of making ends meet.

At the time Skousen was approached about the possibility of merging publications, he was coming out of a summer term without funding for The Spectrum. The ASPSU Student Fee Committee did not approve appeals for funding for all four academic terms, despite the Student Media Board initially approving the publication to operate year-round.

“Astrid and I both found that unacceptable,” Skousen said.

“We have this forum for students, by the students,” Skousen said. “It’s a very powerful forum to get ideas out there, to have it just not print for an entire quarter because of bureaucratic discrepancies and problems and not understanding what our organizations do.”

“As much as those people in those organizations try really hard to be understanding and open minded to it, it’s still a bureaucratic system that’s complicated and difficult to get through,” he continued.

Skousen said a merger was the most sustainable decision for the publication.

“I really liked The Spectrum,” Skousen said. “I just feel like this is better, ultimately, for the organization.” He added that the merger focuses on both short- and long-term goals for the publication.

“We just feel like there’s more power together if we work together as a team,” he said.”

Skousen and Woolridge drafted a charter for a new publication and pitched it to the Student Media Board for approval. The Media Board officially approved the merger and the Sentinel on Nov. 13, 2015.

Mahmood, who is also a non-voting member of the board, hopes the merger will lead to consistent publication and staffing.

“Hopefully it will stabilize and hopefully we can provide enough support institutionally where it will really flourish,” Mahmood said. “But it’s one of the things where the challenges have been so real, but you really don’t know what ultimately is going to happen until you get maybe one or two solid years, and you can gain confidence in its overall trajectory.”

Ultimately, it will be up to the students to guarantee the publication’s future success.

“One for the things I try to do is as much as it’s a challenge is help the students function as much as it’s appropriate for us to do so,” Mahmood said. “We can provide institutional support and after a certain point it’s the students themselves who have to carry the load and do what’s necessary to sustain an operation.”

The new publication still has a long and seemingly uncertain way to go before things stabilize. Representatives must meet with the SFC to inform it about the merger and determine what steps must be taken to operate within the committee’s guidelines.

At the time of this printing Skousen has met with Student Media’s liaison to the SFC, Patricia Perez-Cruz, and has submitted an agenda request with the SFC to discuss these topics.

“This is going to save student money, because you spend less money on personnel just sitting for a quarter and you spend more money on a product that consistently comes out,” Skousen said.

The editors hope that the Sentinel will be allowed to use the two separate budgets for the common goal.

After meeting with the SFC, the magazine must also meet with the ELSA Committee to keep them in the loop and adjust for any potential editorial staffing regulations.

Skousen will also begin hiring for open staffing positions, as regulations clarify. With Woolridge’s recent departure, Skousen must help find an Online Editor-in-Chief. The Sentinel is also seeking a Production Manager to lead the magazine’s design team, as well as a News Editor.

Despite the challenges, Mahmood was upbeat about the merger. He pointed to a history of conflicting personal views and passions as roadblocks staggering previous publication staffs’ efforts. He pointed to Woolridge’s and Skousen’s efforts as an indicator of progress toward a mutual vision.

“What we have is students themselves in the operations,” he said. “They’ve come to a common purpose and they’ve taken into consideration many of the outside perspectives but they’ve made a decision and we’ll see what happens.”

Skousen hopes the new magazine has a positive impact on Student Media, in part by collaborating with other media organizations like Pathos, PSU TV and KPSU.

“We really want to be a unifying force,” he said.

Note: Turner Lobey is also the Marketing and Distribution Manager for Student Media. 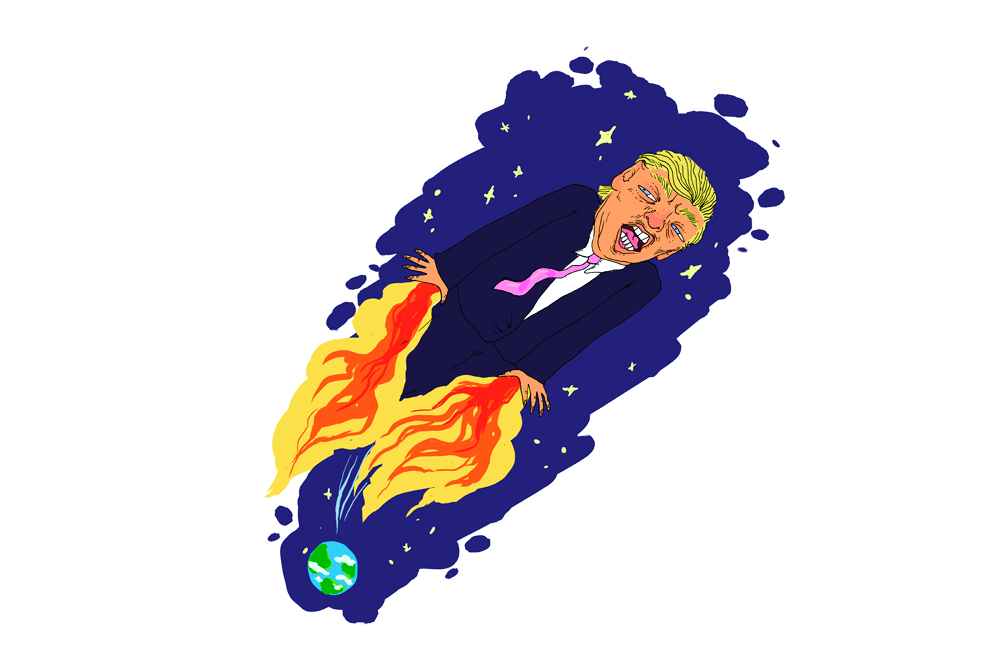 An interview with Menomena