Over the weekend, the Portland State women’s basketball team was dealt a one-two knockout combination that had the Vikings reeling. A quick jab stung as the Vikings lost narrowly at home to their intra-city rival University of Portland on Saturday by a final tally of 59-66. On Sunday they faced a big Cal-Poly team that delivered the roundhouse blow, with the Vikings finally falling 43-66, sending them to 0-3 on the year.

The UP game saw the resurgence of starter Heidi Stuart, who at times appeared hesitant to test her surgically repaired left knee during the Viks exhibition game versus the P&P Express and their first contest against the Pilots at the Chiles Center. Stuart filled the box score nicely, dropping 15 points on the Pilots, while still finding time to grab six boards and dish seven assists.

Stuart, along with fellow starters Heather Arns and JJ Magee, almost pulled out a win against the Pilots. The Vikings led 49-48 with 5:30 left in the game, but UP found a way to get to the foul line and scored nine of their last 16 points from the charity stripe. Arns added 14 points and six rebounds to go along with Magee’s ten points. They were the only Viking players in double figures.

A worn-out Viking squad was then forced to face Cal-Poly in a weekend doubleheader of competition on Sunday. The Mustangs played the kind of defense that the Viks aspire to someday master. From the start Cal-Poly dogged PSU ball handlers and forced an ugly 37 turnovers, which resulted in an easy 30 points.

Freshman Delaney Conway’s tough shooting weekend continued to be a factor. On Saturday the 6-foot forward struggled from the field, converting only 2-12 field goals. Conway hit 3-12 against Cal-Poly and scored eight points. To make up for the poor shooting efforts, she showed tenacious rebounding, grabbing seven boards in each game.

The Vikings were without both of their point guards for the two games. Portland State missed their starting point guard Ashley Brown, who is out 2-4 weeks with a stress fracture in her left foot. The lack of a true ball handler and play caller showed over the weekend as the Vikings struggled to run their offense, resulting in panicked turnovers and bad shots. Over the two games, the Vikings shot a crummy 34 percent from the floor.

Sharon Wahinekapu served a two game NCAA mandated suspension for her participation in an exhibition game last season when she redshirted. Redshirting players are not allowed to play in any officiated games or they lose redshirt status. Delaney Conway missed the first UP game due to the same situation and will miss one more game, to be decided later.

If the lack of players for the Vikings wasn’t bad enough, their most consistent scorer so far this season was literally knocked out of the game. Heather Arns suffered a nasty blow to the face in the final minutes of Sunday night’s game. With two minutes left, an elbow struck Arns in the forehead as she was fighting to bring the ball up the floor. After initially appearing to shake it off, she stumbled and put her hands to her knees, causing Elliot to yell and wave frantically until an official finally stopped play. Arns was treated as her coach berated the referee for not calling such a dangerous foul. Though shaken, Arns appeared to be fine. Elliot classified the injury as "maybe a minor concussion."

The news for the Viks wasn’t all doom and gloom though; on Sunday they welcomed star volleyball player Lisa Thomas back to the basketball court. Thomas brings something Portland State has an obvious need for: size. She is 6-foot-3, and one of only two active players that can be classified solely as a center. Two points and a rebound in six minutes of action was a nice debut for the Vikings, considering she hasn’t played organized ball since high school. The Vikings look to shake off the rough start and get back on track this week with an away game at Boise State on Wednesday and a quick visit to Pullman to face Washington State on Friday, December 3. 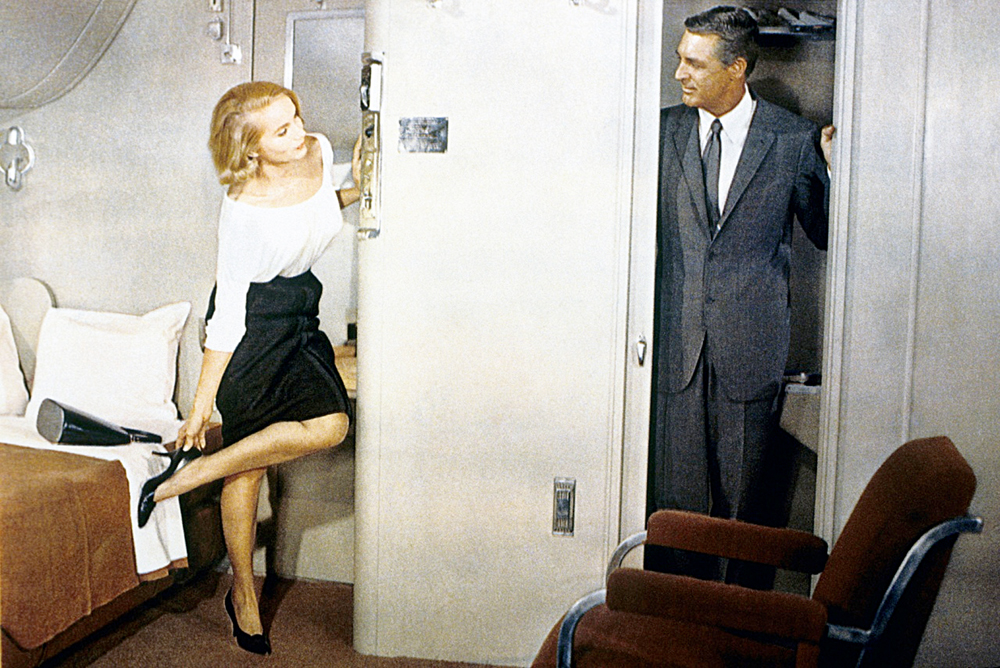 North by north somewhere: A directionless approach to film