When one thinks of a state-funded psychiatric hospital, Ken Kesey’s One Flew Over The Cuckoo’s Nest might just be the first thing that comes to mind.

Oregon legislature is currently going over plans to open a new state hospital to house the mentally ill in Junction City, Ore. While it is comforting to know that our state government cares (although “cares” might not be the right word) for the mentally ill residing in Oregon, is another hospital a necessity?

When one thinks of a state-funded psychiatric hospital, Ken Kesey’s One Flew Over The Cuckoo’s Nest might just be the first thing that comes to mind.

Oregon legislature is currently going over plans to open a new state hospital to house the mentally ill in Junction City, Ore. While it is comforting to know that our state government cares (although “cares” might not be the right word) for the mentally ill residing in Oregon, is another hospital a necessity?

The truth is that this new proposal once again brings to light Oregon’s dark past in regards to the mentally ill.

The current state hospital is located in Salem, Oregon. While over a century old, the deteriorating building has recently undergone renovations. It’s necessary to point out that our own state hospital was chosen as the setting for the film adaption of One Flew Over The Cuckoo’s Nest, a film both entertaining and eerie in its portrayal of the mentally ill and the living conditions inside state hospitals.

Copper canisters containing the cremated remains of over 3,500 patients were found in a room dubbed “The Room of Forgotten Souls” during these renovations. These remains have since been apprehended and the patient information made available online for families of former patients to come forward and claim the remains.

It has been stated by several prominent Oregonians, including state representative Dennis Richardson, that patients in the Oregon State Mental Hospital often arrive without treatment plans and were “essentially being warehoused without a plan to return them to society—tragic cases of forgotten men and women,” as Richardson put it.

Dark indeed. With patients facing these conditions we, as taxpayers and voters, should ask ourselves if a second state hospital is something that would truly aid those suffering from mental illness.

This forecast was history based, meaning it utilized hospital data to estimate the number and types of individuals projected to need hospital-level care by 2030.

The number of beds needed is less than what a previous forecast had stated, but Oregon legislature seems to be basing needs on old data.

Governor Kitzhaber has backed the plan to build the new state hospital and has also expressed interest in closing the two smaller branch hospitals in Portland and Pendleton. While a new hospital would provide more space—or beds—for patients, it might not provide the individual care needed for the mentally ill.

The location of the new state hospital, Junction City, was chosen due to its proximity to Southern Oregon, but those opposed to the plan are wondering why such a remote location is being used while the Portland and Pendleton locations are being closed.

The Greater Portland area houses a majority of Oregon’s population, and Pendleton serves as a branch for the rural communities in Eastern Oregon. If those smaller locations are closed, what will patients do for care? Commute?

Critics of the new state hospital plan say that another state hospital is unnecessary, and that smaller, community-based mental care programs are more beneficial to patients. Due to high patient volume in state hospitals, many patients (and their ailments) are overlooked and proper care is not provided.

Another thing to consider is the Supreme Court case Olmstead v. L.C. This case dictates and limits state usage of mental institutions. The Supreme Court ruled that mentally ill patients qualify under the Americans With Disabilities Act and should, when possible, be placed in a community-based environment. Oregon might be in violation of Olmstead if this new hospital is built instead of community-based facilities.

Ethics aside, can Oregon afford another state hospital? The estimated cost of the Junction City hospital is currently $88 million. That is construction costs alone, with $24 million of this having already been spent on planning and infrastructure.

State hospitals are paid for by taxpayers. The cost of a single patient residing in a state hospital for one day is $580. When compared to the cost of the smaller facilities ($158 per patient per day) it becomes obvious as to what the right choice is. Meanwhile, a mere $35 million would be spent constructing multiple community-based 16-bed secured facilities.

When one considers the huge national debt already incurred by the U.S. government, $35 million doesn’t seem like a huge amount. These smaller facilities would allow patients to get the care they need, allowing for more intimate treatment. A resident doctor would only need to see 16 patients a day, rather than hundreds.

Rather than adding a larger cost to an already enormous amount of debt and doing a disservice to the mentally ill, Oregon should put the patients (and the taxpayers) first. From an ethical, health-based, and financial stance, smaller, community-based facilities are the way to go. Let’s make dreary state hospitals a thing of the past.

In the words of McMurphy, protagonist in One Flew Over The Cuckoo’s Nest, “I must be crazy to live in a looney bin like this.” 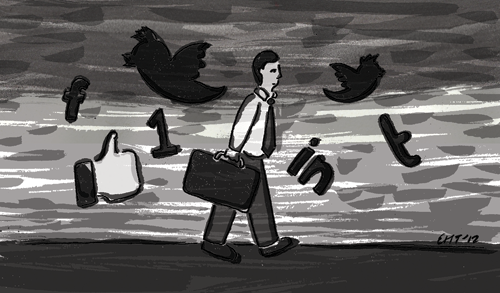