What’s the deal with all these indie-rock bands with “wolf” in their names?

There’s Wolf Parade, Superwolf, Wolf Colonel, Wolfie and a like a billion more. Do passive indie-rock guys secretly want to turn all wild and feral and terrorize the scene? ‘Cuz that would be highly entertaining. Anyway, Wolf Eyes is a noise band that has done a split EP with those DFA crazies Black Dice. Bring earplugs and then in a spastic fit of noise-love rip them out and spike them on the ground.

Two German electronic labels do battle, which in German electronic music terminology means a lot of chilled-out techno music and (I love this word!) microhouse. The cool thing about stuff on Kompakt is that you don’t have to be electronic music nerd to enjoy it. It’s melodic, often melancholic and sometimes even breathtaking. Just don’t be the jerk that keeps whining “When is the beat going to come in?” That, my friend, is inappropriate.

The way I figure it, a band like Swords is best experienced live. Whereas pop bands often sound underwhelming live (witness the snoozefest that is the Shins live), post-rock/prog-rock bands can often blow you away live while leaving you bored on record. Apparently the Dios Malos sound kind of like the Beach Boys, which is not often a good thing. But then again I’ll go ga-ga for anybody that remotely sounds like the Velvet Underground, so who am I to judge?

A trio of locals play at the much-loved and wonderfully small Mississippi Studios tonight. Nick Jaina, of the Binary Dolls, goes solo tonight. Don’t miss out on why he’s earned himself a reputation as a true singer and songwriter. The music is simple, the lyrics smart, and it creeps up on you in the most charming and soul-stealing way. Loch Lomond takes its name from a Scottish folk song. Acoustic guitar and thick synthesizers lend an old static radio sound to the music and pairs well with singer Ritchie Young’s

deep voice, which paints a cold but alluring Northwest picture. Heroes & Villians know how to have fun, dressing up for the stage and playing music with various influences, like ragtime jazz, pop and a hint of cabaret.

I worship the Hold Steady. Though I’m not a fan of bar rock or extended guitar solos or cheesy organ breakdowns, there is something about Craig Finn’s crazy stories about drug addicted Christian punks and the band’s classic rock styling that makes me weak at the knees. I’ve played the band’s new album Separation Sunday at least 60 to 70 times and I’m still not sick of it. Anyway, if you see me at the show dancing like a dork and singing along, remember: Don’t hate, congratulate.

Back when I was a hardcore punk rocker, the Exploited were nothing more than a punchline. The band was a like a parody of a punk rock band, with song after song about punk not being dead and how cool anarchy was. Whenever my friends and I saw an Exploited patch on someone’s jacket or sweatshirt, we immediately wrote them off as a “chaos punk,” i.e. someone into punk rock only for the loud music and the crazy drug use. But in hindsight, most of the “political” punk bands we liked were just as fake as the Exploited and as far UK punk goes, the Exploited were at least as good as Vice UK or GBH, two other cliched punk bands that never took half the heat that the Exploited did.

Admit it: you kind of like the Faint. Whether it’s because of your ironic love of bad ’80s techno or the fact that you somehow got “Your Retro Career is Melted” lodged into your subconscious, somehow Saddle Creek’s resident electronic band has gotten under your skin. Now comes Broken Spindles, the side project of Faint bassist Joel Petersen, which is supposed to sound like the Faint, only a lot noisier. And that’s cool, because you like noise; noise helps you forget that, deep down, synth-pop tugs your heartstrings like a Family Circus cartoon.

I love me some Tortoise. The Chicago post-rock outfit has yet to release anything I haven’t liked (except for that split album with the Ex; what the hell was that?)

I’ve heard from those in the know that Tortoise toys with their songs live, creating entirely new songs out of tempo changes and improvisation. But what the hell is Daniel Lanois doing on this bill? Is he just gonna work the soundboards for Tortoise’s set? Because I’m cool with that, but he better not play any of his own songs. Or else. 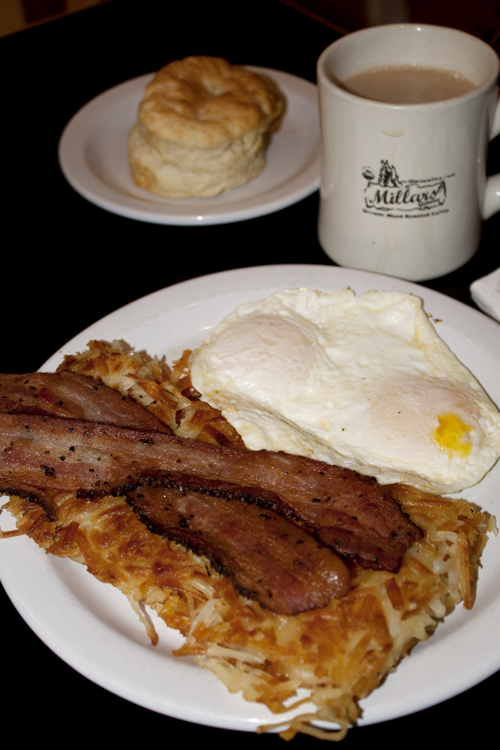