The work of Brendan Clenaghen is currently on show at thePulliam Deffenbaugh Gallery (522 NW 12th). Clenaghen is not only apopular artist in this town, he is also an adjunct professor righthere at PSU, where he earned his MFA.

Clenaghen is known for his adept obsession with materials andsurface, which he organizes in an orderly yet not too fussyfashion. In the past he created uniform constellations of threedimensional dots, bumps and shapes in subtle pastel shades. Theywere fun to look at and reminded you of candy.

However, they had their own formulaic tedium. He has moved intoa new direction with this exhibition and it is a success. Is it allfigured out? Of course not. But there is plenty of room to play inthis new framework and it will be interesting to see where he takesit.

The underlying grid behind the shapes has been replaced with amore varied rhythm, subtly referencing interiors, chandeliers,ghosts and his usual abstraction. Clenaghen once worked inrepresentation and may be headed back there again.

Some of the organic shapes recall Jean Arp to my art historymind, while another artist at the opening said, “No, they just looklike drips and dots to me.” I took one friend to the exhibition whohad never seen his work and she said, “I’m surprised a man madethis, but it doesn’t necessarily look fem either… it has a lighthand.” This is no doubt a compliment.

My favorites were not of the pink palette he is known for, but agroup of small pieces in black. Can black feel fresh? Yes, when itis varied with both matt and slick, shiny surfaces, punctuated withhis eye for detail in the beads or dots or whatever you want tocall them. These works were snug and gemlike and made all black allnew.

Clenaghen has his own commitment to music, as he formed a duowith photographer Chelsea Mosher called the Formless. He met Mosherwhile they were both studying at PSU and they have been playingtogether for several years. Basically The Formless is arty angstrock reminiscent of Teenage Jesus and the Jerks; not a bad thing inmy book. 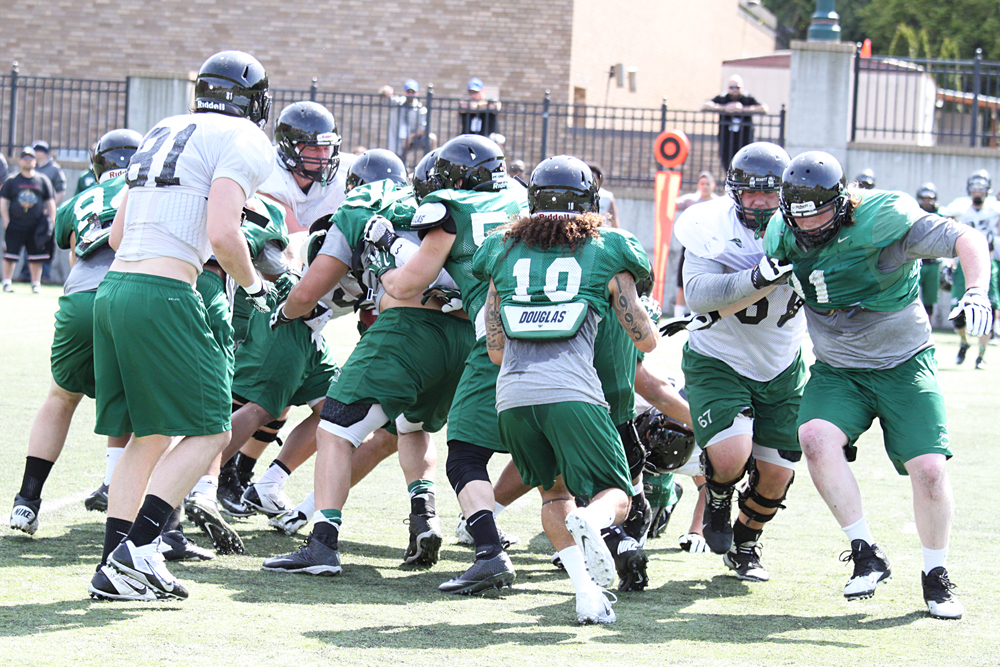