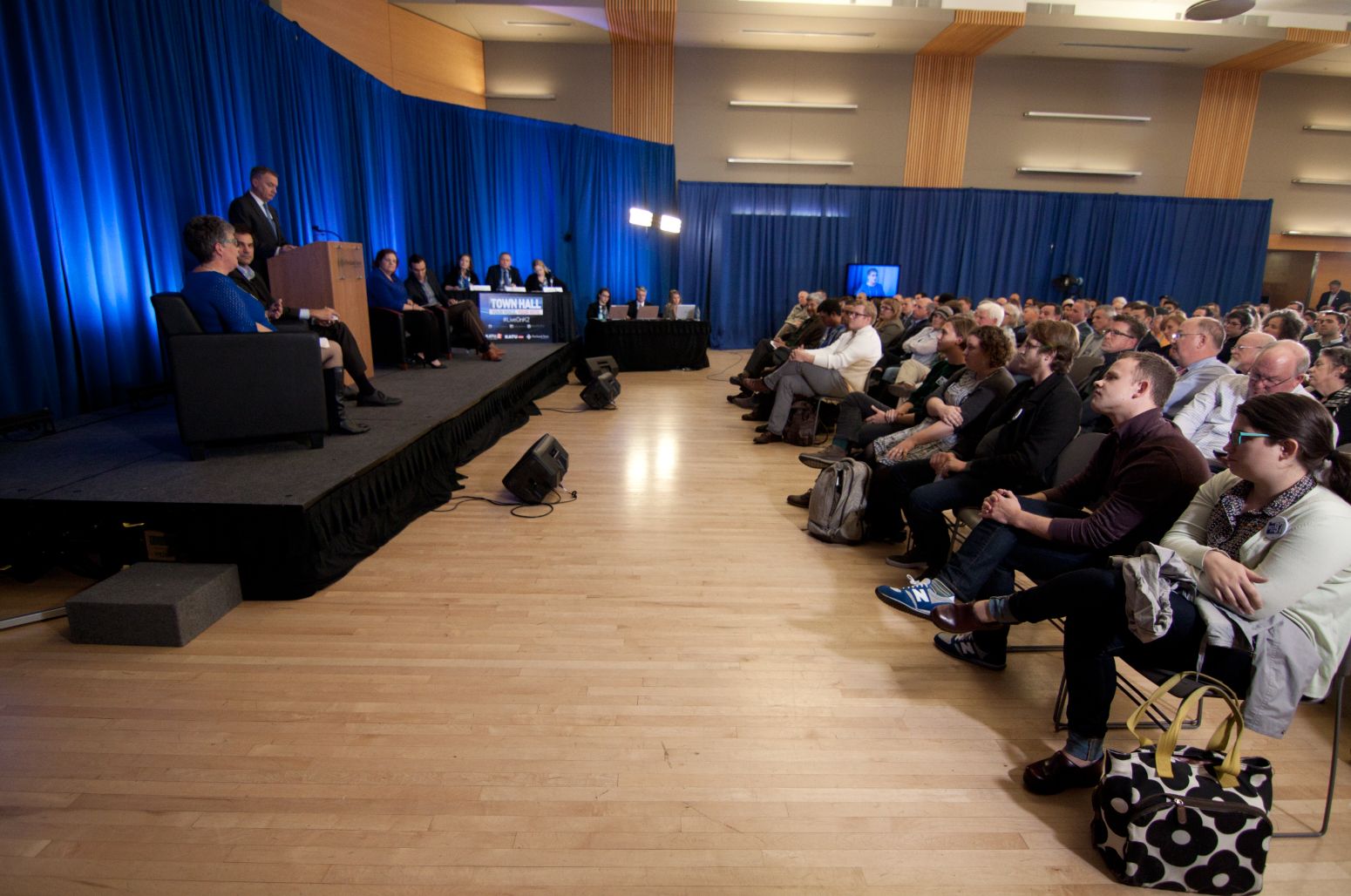 On Oct. 17 Portland State University hosted a KATU News-sponsored debate regarding Oregon’s corporate tax initiative, Measure 97. Steve Dunn of KATU was the moderator, and there were four panelists: two for and two against Measure 97.

Panelists in opposition of passing Measure 97 were Sandra McDonough, president and CEO of Portland Business Alliance, and John Tapogna, president of ECONorthwest.

Currently, corporations with sales of $100 million or more pay $100,000 per year. Measure 97 states that corporations with sales of $25 million or more will pay $30,001 plus 2.5 percent for sales above $25 million. If passed, it would go into effect on Jan. 1, 2017. The first six months would generate an estimated $548 million in state revenue. From July 1, 2017 forward it would generate an estimated $3 billion per year. This revenue is designated to be used for K–12 public schools, healthcare, and services for senior citizens.

Official debate coverage can be found at the KATU website.

Hunt: “We’ve got to make sure that corporations pay their fair share simply so that we have what we need in this state to fund education, healthcare, and senior services—exactly where our state is struggling to meet the most important and basic needs.”

McDonough: “The truth is, if you look at our corporate income tax rate we’re in the middle of the pack at about 7.6 percent. This is not a tax on corporate profits it’s a tax on sales. Farmers that buy supplies will see their prices go up. The food will get sold to distributors, then to stores. By the time the food ends up in our homes, they price will have gone up 7.5 percent or 10 percent. Every single business is impacted. Every single Oregonian will be paying this tax if it goes through.”

Tapogna: “This tax was developed in an odd and sloppy way. It applies only to corporations that elect to pay C-corporate status through the Internal Revenue Service, but not companies who have S-corporation status, which means they pay tax through their owners’ individual owners’ tax returns, or B-corporation status.”

Unger: “Competition is exactly why corporations can’t pass these costs on to consumers. When we wrote this we targeted C-corporations because to trade on Wall Street you have to be a C-corporation. Our target was to make sure Wall Street paid for the benefit they get by selling to Oregonians.”

Audience question from Toby: “Would you support a tax that made small businesses, in addition to large businesses, pay?”

McDonough: “Small businesses are going to pay this tax. Unger is just wrong when he says only out-of-state corporations will pay. There are a lot of C-corporations that are not publicly traded.”

Tapogna: “There are many, many different proposals that could come forward that would have more thought and care placed in the design.”

Unger: “Over 400 small businesses have endorsed the measure. When we designed the tax we wanted to make sure we were protecting our small businesses by making just the large, just the out-of-state corporations pay this tax. We think it’s the right way to support our kids and our families.”

McDonough: “In fact, what they have proposed is a tax on consumers. It’s going to cost the average Oregon family $600 a year. We have thousands and thousands of small businesses that are part of our coalition. Every local Chamber of Commerce across the state of Oregon has opposed this.”

Media question from Colleen Leary of the Vanguard: “Reporting by the Oregonian last year showed states with top reform education systems spent more per student than Oregon but also set higher education standards and expected much more of schools and teachers. Measure 97 doesn’t set out any education reforms. How can you assure voters that more education spending in Oregon will lead to better outcomes?”

Hunt: “This doesn’t solve all of our problems, but it provides at least enough dollars to meet the quality education model to ensure we can provide smaller class sizes, a longer school year. The Oregonian reported that we’ve dropped to the third worst graduation rate in the nation. We get what we pay for.”

Tapogna: “How do you turn money into results? Our spending, according to the National Education Association, is now up to 23 in the nation. We spend $1100 more per student than Washington State, which has considerably better outcomes.”

Hunt: “We’re 35th nationally. Unger’s numbers are not accurate. We’ve got to invest if we want to see results.”

McDonough: “The legislature’s lawyers have said that once this money hits the state coffers it can be spent anyway the politicians want. The governor has already put out a plan that would divert the money to other uses.”

Audience question from Nate: “Every economic study, including the one independently performed by the Oregon Legislative Revenue Office, and the one done by PSU and paid for by Our Oregon, and even Governor Kate Brown have said that Measure 97 would cost consumers. Everyone seems to agree this will cost consumers more except the Yes campaign. How is it possible that prices won’t go up when all the economic studies say they will?”

McDonough: “The Portland Tribune described this measure as deceptive, that none of us is going to feel the impact of a $6 billion increase, a 30 percent increase in the state general fund. The legislative revenue office economists, who work for Portland State, have agreed that this will act as a consumption tax.”

Unger: “Less than one percent of Oregon businesses will pay the Measure 97 tax. They will not be able to pass that business on because they have to compete with the other 99 percent of businesses. The reason why the studies of the No campaign so frequently mention talk about the prices getting passed on is because those studies model taxes that every business would pay.”

Hunt: “The continued question about the potential business defies the impact we are already facing by giving this huge corporate discount to large corporations in this state by having the lowest corporate taxes in the nation.”

McDonough: “The truth is, if you look at our corporate income tax rate, we’re in the middle of the pack at about 7.6 percent. This is not a tax on corporate profits it’s a tax on sales.”

Hunt: “The current tax law actually includes all those references to taxing corporations based on sales. The only change created by Measure 97 is that it eliminates two lines of the current code and adds one line to say that if you have more than $25 million in sales you should pay more.”

Media question from Hillary Borrud of the Oregonian: “Lawmakers and the governor have already been discussing how they’d like to change Measure 97 if it passes. Some of their ideas have been exempting utilities, reducing the impact on tech companies and making it clear that taxes and gas and diesel sales have to go into the state highway fund, not education, healthcare, and senior services. Do the Yeses support these changes?”

Unger: “Measure 97 does not need to be changed. The reason money is dedicated to education, healthcare, and senior services, is that’s where the need is. The great thing about Measure 97 is that the voters get to direct this money to the legislature.”

McDonough: “What is not made up in passing the cost on to consumers will be made up in job cuts.”

Tapogna: “Fred Meyer, its parent company Kroger, in 2015 had a 1.67 percent net profit margin, and Measure 97 puts a 2.5 percent tax on their total sales. They are not going to run their stores as non-profits in this state.”

Hunt: “A high school dropout, through their working life, makes $300,000 less [in their life] than a simple high school graduate. The state is missing out on that revenue.”

Unger: “The jobs Measure 97 creates includes hiring 7,500 teachers. It puts three and four-year-olds into preschool and lets their parents go to work. It makes it so that the burden of taking care of a parent isn’t bankrupting a family.”

Hunt: “Tonight in Oregon there is a student who is deciding to drop out, there is a mother with a sick child who can’t afford an urgent care visit. Measure 97 is the opportunity for us to finally have the resources to invest in the education that our kids needs and deserve, health care that’s fair and accessible to families, and care for our seniors that comes with dignity.”

McDonough: “The state’s own economist has said the majority of this tax will be passed onto Oregon consumers. Oregonians can’t afford this measure.” 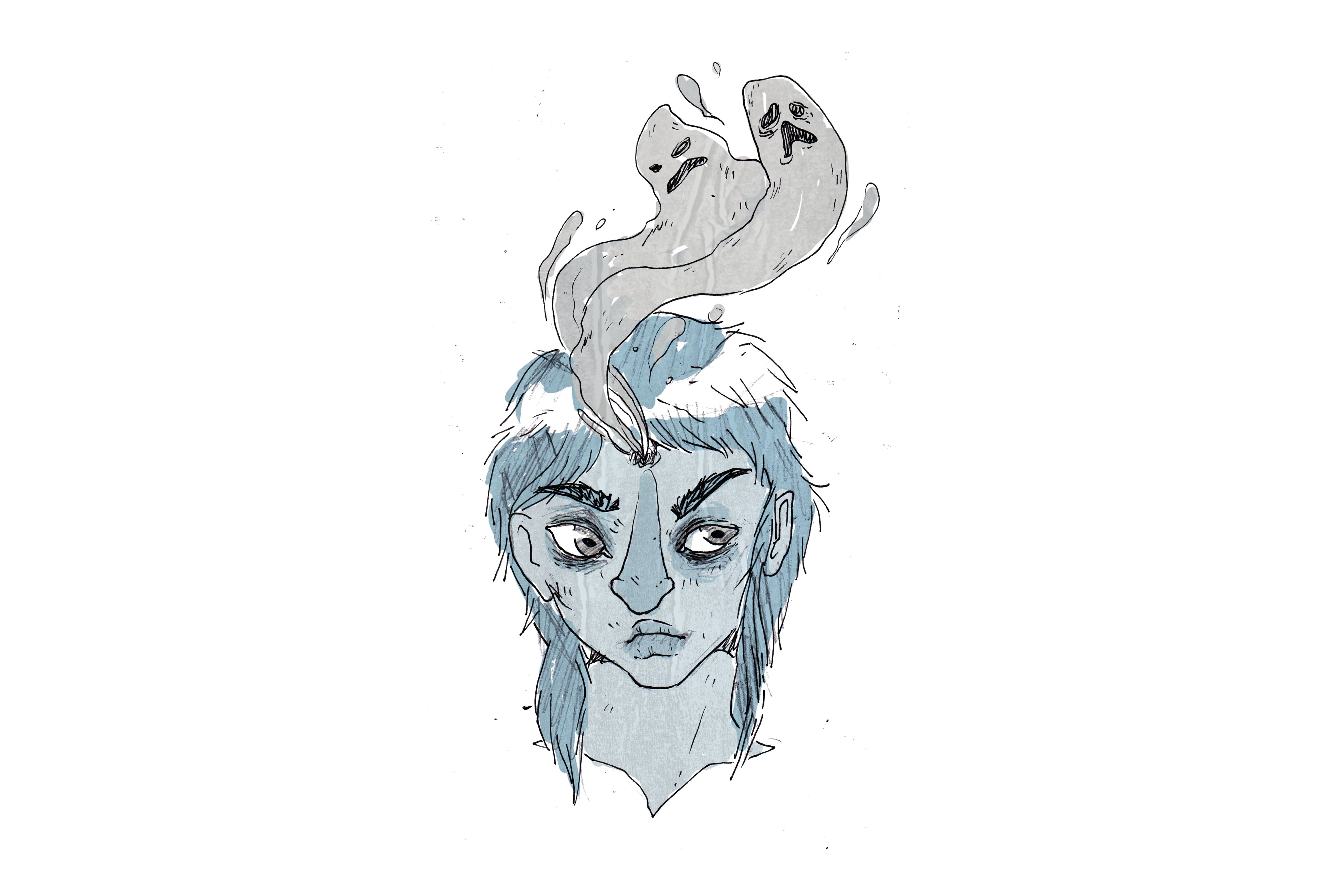