The Mellow Mood head shop opened its doors just a few blocks from campus in October. The store has had a warm welcome from surrounding neighbors, its owners said. For those unfamiliar with the term “head shop,” it is used to describe a store that sells specialty tobaccos, cigars and specialty pipes. While it’s not blatantly advertised, head shops are typically associated with the use of marijuana.

The Mellow Mood head shop opened its doors just a few blocks from campus in October.

The store has had a warm welcome from surrounding neighbors, its owners said.

For those unfamiliar with the term “head shop,” it is used to describe a store that sells specialty tobaccos, cigars and specialty pipes. While it’s not blatantly advertised, head shops are typically associated with the use of marijuana.

Situated at the corner of Southwest Broadway and Clay Street, the store is only one block from the northern edge of campus, which in other cities might cause a mixed reaction from students and parents.

Portland State, however, is different. PSU’s Director of Communications Scott Gallagher said in an email, “There have been no complaints to my knowledge.”

Mellow Mood has two Portland locations—the second can be found at 4119 SE Hawthorne Blvd. That location has been open longer, and was recently named one of the top five glass pipe galleries in North America at the American Glass Exposition.

While the Broadway location can’t yet claim such an impressive title, it does offer art from both local and prominent glass pipe makers, explained Store Manager Andrew Leikas.

“Many of our pieces are made by some of the top 100 pipe makers in America,” he said.

The store, which is located at street level of the University Park Condos, has actually received compliments from several condo tenants, Leikas said.

While some may associate marijuana with increased danger, many inhabitants of the condos have thanked the shop for “helping keep the neighborhood safer by filling the previously vacant spot,” Leikas said.

He explained that there had been complaints of homeless people sleeping or urinating in the once-vacant doorways.

Also, with hours that keep the store open until 11 p.m., the bright indoor lights paired with video surveillance help to increase the security and feeling of safety in the neighborhood, Leikas said.

To those who are surprised by the lack of reaction to the shop’s location, Leikas answered: “PSU is a very diverse campus.”

He also noted that Portland is a big city and PSU is a large campus, and the idea that a single head shop could tarnish PSU’s image is trivial.

PSU student Ryan Barret responded to the lack of reaction by saying, “I’m not surprised, it’s just weed.” He also said he’s happy he now gets quality rolling papers without having to travel so far.

“We cater to the casual smoker, not the two-packs-of-cigarettes-a-day kind of smoker,” he said, explaining the store doesn’t even sell cigarettes.

Like coffee, bikes and brew in Portland, there is now an expanding specialized market for tobacco lovers, Leikas added.

Dokha, an Arabic tobacco typically grown in the desert and mixed with dried leaves, fruits and herbs, has been smoked for more than 500 years, and is only one example of the specialty tobaccos to be found at Mellow Mood.

The benefit of such tobaccos is that they offer the relaxation associated with smoking cigarettes, but in only one or two hits versus an entire cigarette, Leikas explained. Also, specialized tobaccos contain fewer harmful chemicals than cigarettes.

The variety of pipes is also extensive—the store has pieces for the average college kid’s budget as well as pieces that cost up to $25,000. Pipes vary from compact pipes that allow for a single hit to intricate artistic pieces designed to look like a shark swimming around a coral reef.

A typical encounter with customers might involve a group of boys buying cigars in celebration of a 21st birthday, or an elderly customer buying a specialty tobacco pipe, Leikas said.

While the shop has made a rather seamless and uncontroversial entry into its new location, there is no doubt that the store’s proximity to campus helps with business.

“For sure, most of our customers are PSU students,” Leikas said. “And we were very conscious of that benefit when first looking to open a new location.” 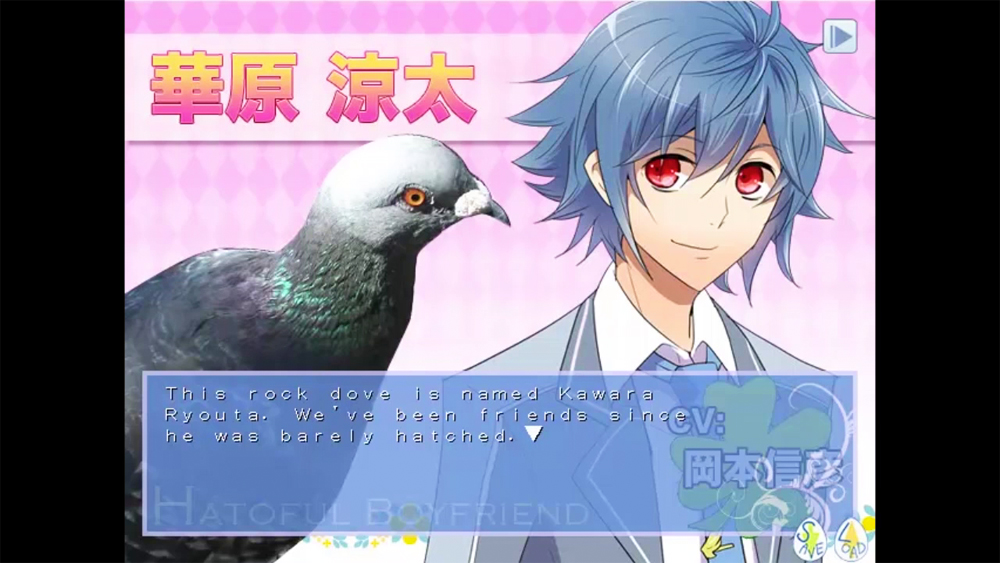 The weirdest dating simulators to get you ready for spring term