Nobody is a stranger to the concept of “the geek.” The word’s been pejoratively thrown around since the ’80s, and it’s only recently that people have started embracing their geekiness without fear of having their underwear pulled over their heads. 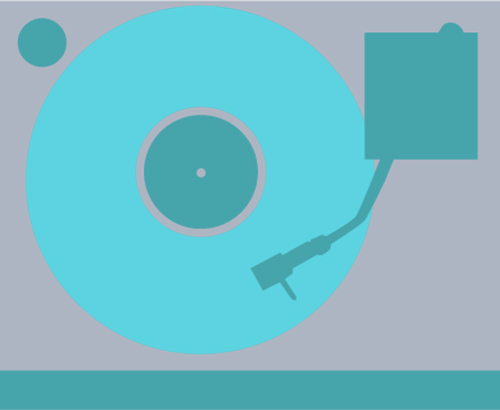 Nobody is a stranger to the concept of “the geek.” The word’s been pejoratively thrown around since the ’80s, and it’s only recently that people have started embracing their geekiness without fear of having their underwear pulled over their heads.

Pretty much every form of physical media has a geek persona attached to it. But just what does it mean to be a music geek?

The confusion lies with music’s differentiation from other forms of media. For example, comic geeks would need to own a lot of comics in order obtain geek status in the eyes of most.

However, music is so much more prevalent in our society than comics, thus owning a lot of music simply won’t cut it: If having a large collection of music made one a music geek, preteens with gigabytes of One Direction bootlegs would be in the same category as you and I, and that simply won’t do.

In the subtle art of geekery, it’s important to recognize layers. Like comics and film, music geekdom doesn’t start and end with its most basic category—band or artist names. What good would a comic book geek be if all he or she knew was a bunch of characters?

Hell, I don’t know a thing about comics, but I can probably name 40 characters. In music, it’s not enough just to know the band names, because that’s only layer one. Layers two, three and four are musicians, producers and instruments, respectively.

It can often be cumbersome to work backward in time, but it’s very important to know the origins of each genre because they often splinter off into new paths to explore.

Here’s where to start your musical geek journey with select genres.

Spirit’s branches extend every which way: they were a weirdo psychedelic band from Los Angeles, their lead singer used to play with Thelonious
Monk among other jazz legends and they’re notorious for supplying Led Zeppelin with the riff for “Stairway to Heaven.”

Spirit toured with Zeppelin way back when and heard “Taurus” on every date. Sure enough, on IV, “Stairway” came out and was a gigantic hit.

Some years later, Spirit released The Twelve Dreams of Dr. Sardonicus, which is every bit as good as other super-ambitious art-rock pieces of the same era like Pink Floyd’s Dark Side of the Moon or Emerson, Lake &
Palmer’s Tarkus.

Strangely enough, the band stuck around until the late ’90s, even though their singer was born in the ’20s. Throughout their 30 years in rock music, they were a huge part of shaping rock bands of that era, including Led Zep—and just look at how many they influenced.

While the music contained within the grooves of the Hot Butter record is slightly catchy but honestly nothing special, it’s important to note that it was made by a bunch of music geeks screwing around in a studio.

The band was led by a guy named Stan and in the liner notes the band is officially credited as “a bunch of fellow players.”

However, the most important thing is that Hot Butter was the first mostly electronic band to sell millions of records. This is pretty important, because it ushered in the era of synthesizers occupying a place in records that people actually want to buy.

Of course, this opened the floodgates for electronic instrumentalists who eventually brought you keyboard punk, disco, the ’80s and more.

The year was 1982, and hip-hop was relatively new there was plenty of new ground to break in music. Thankfully, Grandmaster Flash broke so much with The Message that he cauterized the wound that would have become a cancer of lackluster artists.

He pioneered a number of techniques that are still in use today and perpetuated hip-hop’s innovative use of sampling (the title track sample is a funk song released six years prior by a band named The Whole Darn Family).

More importantly, the Grandmaster took hip-hop from the good time party music of Kool Herc and Sugar Hill Gang to a socially conscious wave of self-expression. The musical landscape would never be the same.

The real gem of this record isn’t “Color Him Father,” but the b-side, “Amen Brother.” This track alone has inspired countless samples spanning many genres, but was first used in hip-hop tracks like NWA’s “Straight Outta Compton,” among others.

If you’re interested in hearing this sample, which has been used in music by everyone from Oasis to Nine Inch Nails to Jars of Clay to Slipknot, skip to 1:26 in the track to have your mind blown.

Letter to our readers