“I make artsy-fartsy films,” claims the artist with no apology.While having a very loose narrative based on the brutal realitiesof the hunt, the emphasis in this work is rooted in how driving,nerve-wracking sound and image can unite and keep you on the edgeof your seat.

“Hope and Prey” is a three-projector affair, reminiscent ofWarhol’s “Chelsea Girls” in its fractured reality. The film openswith a marvelously layered scene of snow in the wilderness, starkin its floating, barren verticals. The pristine quietude issinister. As various projectors present individual players andsubplots in the wilderness, we see how the hunted and the huntersmeet their fates.

Some of this footage Renwick shot herself and some was providedby Bob Landis, who spends time near Yellowstone documentingwildlife. Renwick collaborates and is a collage artist of sorts,not unlike others who work in assemblage. Some of the mostmemorable images were simple shots of the profile of a raven or acrow. The large black beak and intelligent head contrasted againstthe snowy background forces the viewer to access all the smalldetails which make art or nature.

The soundtrack, created by Portland sound artist Daniel Menche,drove it like a menacing task masker, relentless, surging and damnloud. It was wicked, similar to extreme ’50s noir in the actualphysical pressure it created. Your heart will race through most ofthis film, thanks in part to the soundtrack. Menche has beencreating experimental acoustic-electro music since the late ’80sbut has rarely produced work for film or television, though thepairing seems natural.

It’s not fair to give away an ending, but suffice to say thatall the suspended torture in watching this tale of survival doeslead to redemption. I left with a big smile on my face. 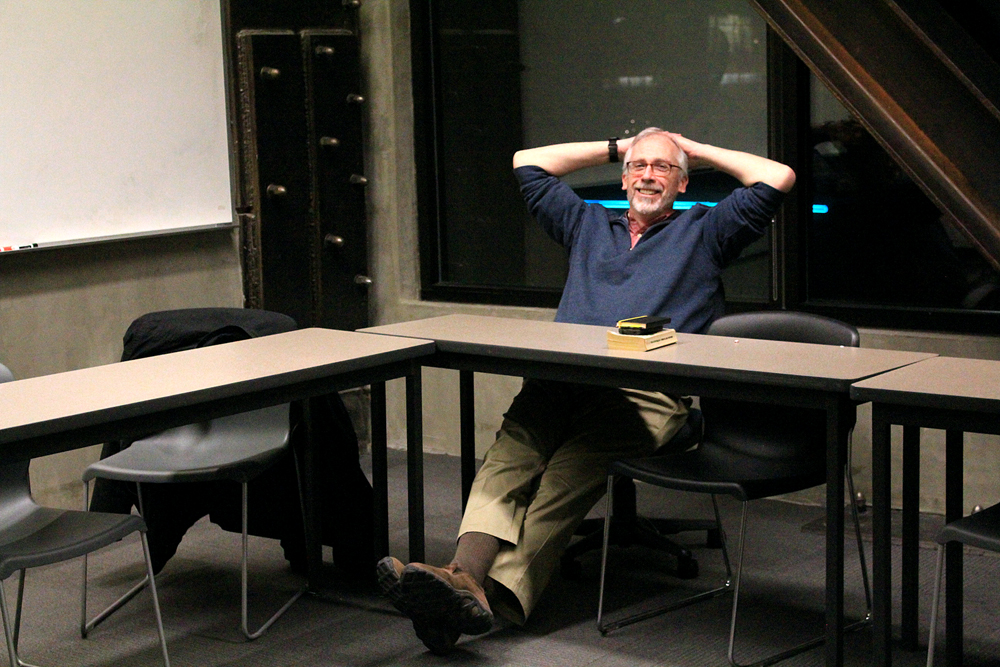