Last Saturday, Multnomah County Library hosted a screening and discussion of the video “Books Not Bars,” about the growth of the prison industry and efforts by activists to change this trend. It was the first of two screenings of documentary films organized by the library as part of its participation in the Human Rights Video Project.

The Central Library, located at 801 S.W. 10th Ave, will show the second film this Saturday at 2 p.m. “State of Denial” is about the AIDS epidemic in South Africa. Following the video, a guest from Northwest Medical Teams will relate firsthand experiences combating AIDS in Burkina Faso and Ethiopia, and will discuss opportunities for Oregon residents to make a difference.

Created by National Video Resources and the American Library Association, the goal of the Human Rights Video Project is to distribute 13 award-winning films selected by filmmakers and human rights workers free of charge to 300 public libraries across the nation.

The 13 films are now available for checkout from the Multnomah County Library. For example, “Bombies” is about the millions of the unexploded bombs dropped by the U.S. military that still litter much of Indochina and pose a risk of injury or death to those who happen upon them. “Promises” is a moving documentary about seven Palestinian and Israeli children who struggle to maintain bonds of friendship in spite of their cultural and political differences, fears and prejudices. “Life and Debt” is an entertaining yet thorough examination of tourism, poverty and “free trade” in Jamaica, a country that is now billions of dollars in debt to the International Monetary Fund.

Library patrons can use their library cards to place holds on these videos and then pick them up from the nearest branch when they are available.

In addition to receiving the videos for its collection, Multnomah County Library received special funding for screening and discussion programs in partnership with local advocacy organizations. The screening of “Books Not Bars” used the film as a medium to increase public awareness about Human Rights issues. Also, it provided a forum for members of the community to talk about prison-related issues with guests from two local grassroots groups — Western Prison Project and Portland Books to Prisoners — who were on hand to participate in the discussion and talk about opportunities for involvement.

Depending on the response to the first two events, the library says it may expand the screenings to include other branch libraries and/or other documentaries from the Human Rights Video Project collection.

If it’s good enough for Dick … 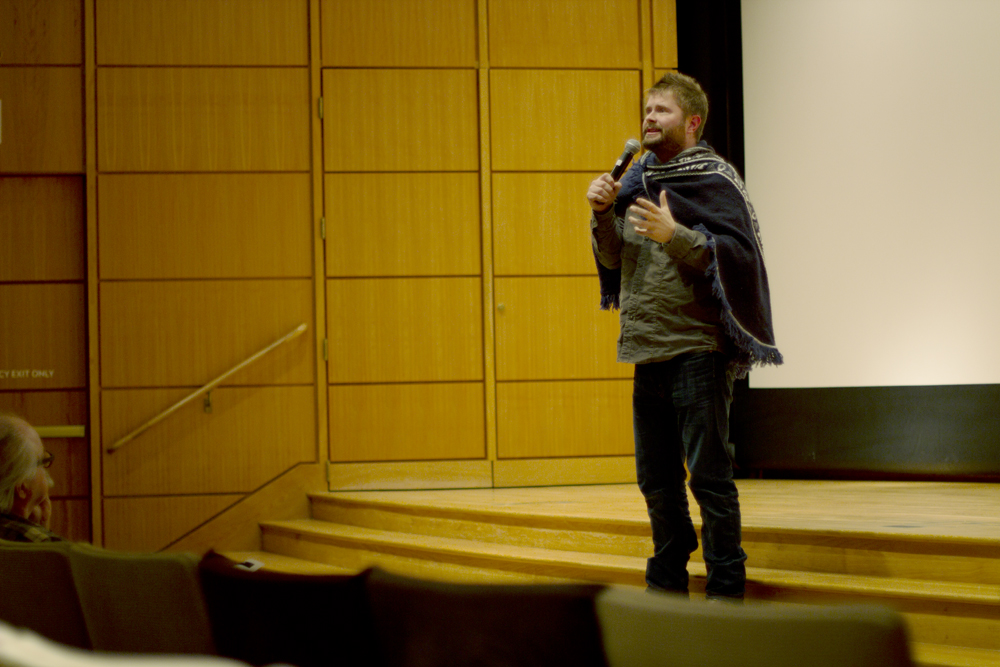 Food for Thought to launch next fall