Careening between the story of a struggling author and the lives of his fictional creations, Susan Marshall and Company’s new work highlighted the athletic virtuosity of its dancers in three performances at PSU’s Lincoln Hall last weekend.

The company’s latest effort, titled “One and Only You,” showcased precise modern dance in a story that invited the audience to alternately laugh at send-ups of the film noir genre, and gape open-mouthed at the six-member group’s precision. The 90-minute-long performance told the story of a writer, Jack, who seeks to simultaneously finish his mystery novel and piece his life together after his brother’s death.

“One and Only You” is the name of Jack’s work in progress, which comes alive in extended sequences whenever the young writer puts his detective hat on. The transformations between Jack’s everyday life and the smoky mystery world of his work in progress mark the high points of the performance. It is in the realm of the detective novel that Susan Marshall’s dancers shine and amaze.

The detective novel’s staple scenes allowed the dancers plenty of room to move, both figuratively and literally. When an untrustworthy vamp hires the hero, for instance, the action was translated by an entrancing series of spins and contortions by the prospective client. When he finds himself falling for his client and her twin sisters, the detective actually falls to the stage repeatedly.

Like any good detective thriller, “One and Only You” keeps a good tempo. An electronic soundtrack endows the work with a hint of macabre urgency. New York’s Knitting Factory stalwarts Liminal provide the score, which reeks of DJ Shadow and other electronic soundscape engineers.

Susan Marshall has written that she attempts “to make dances that are comprehensible to all audiences, not just those that are made up of highly educated or dance-educated viewers.” The audience at Lincoln Hall showed understanding of her work through laughter and applause. Considering the complexity of her company’s work-the story within a story presented in “One and Only You” – this ability to connect is no small feat.

The crowd appreciated Marshall’s attempts to define the writer’s relationship with his fictional creations. While speaking the lines of his novel-in-the-making, the writer crosses into the noir realm and physically maneuvers his characters, adjusting their postures and stances. Occasionally writer’s block sets in, and his characters repeat their movements with all the predictability of a skipping record until the author breaks through his creative stumbling.

Susan Marshall and Company marked their first Portland appearance with this work, despite having toured the world for nearly two decades. The White Bird/PSU Dance Series, which presented “One and Only You,” opened its second season with the performance. Portland State students can purchase tickets for future contemporary dance performances at greatly discounted rates, allowing folks on a budget to enjoy a little high culture.

Among the future attractions White Bird plans to bring to Lincoln Hall is the Sean Curran Company, which will perform in mid-April. Those seeking more information on the White Bird/PSU Dance Series should visit www.whitebird.org or Portland State’s own School of Fine and Performing Arts Web site, www.fpa.pdx.edu. 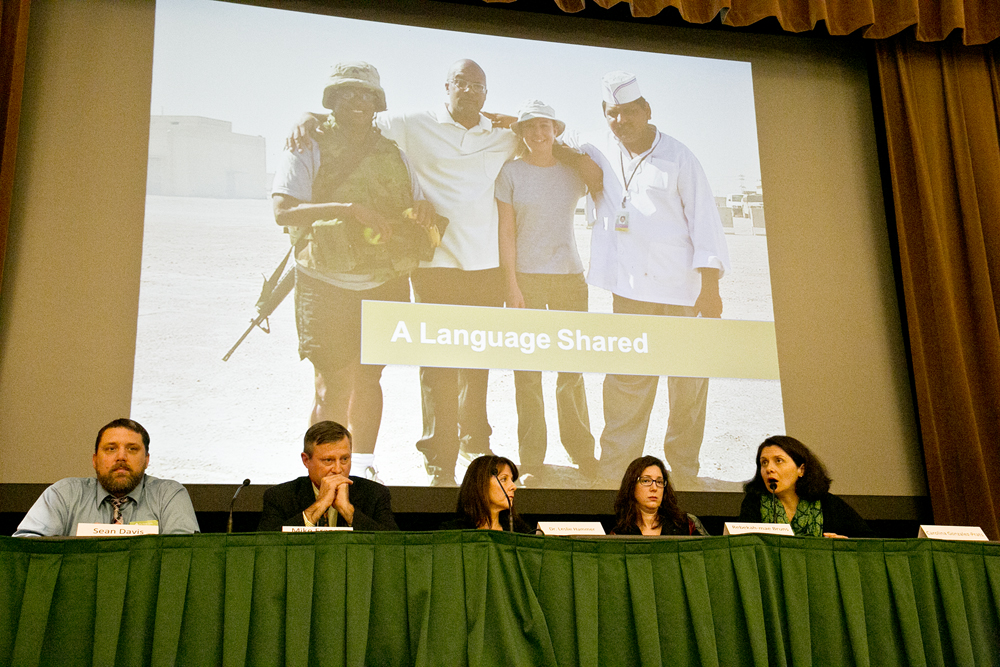 Panel discusses the connection between veterans and war journalists