Finding decent art shows in Portland isn’t difficult as long asyou are willing to be a bit of a sleuth and look beyond the FirstThursday Guide. First Thursday extends further than the gallerysystem, as some of the more engaging shows don’t happen there. It’sa well-worn clich퀌�

to complain about the stuffiness of the Pearl district but wehave to have criteria and that elusive upper level somewhere.Galleries don’t work for years to establish themselves for nothing.Still, while many say that this area is overpriced andnon-accessible to the experimental mind, new art spaces aredeveloping.

That said, one of the more accessible galleries in town is theMark Woolley (120 NW Ninth, Suite 210), whose gallery in the Pearlhas shown its fair share of both out and insiders. This monthWoolley is showing two artists, Stuart Cornell and Lauren Mantecon,who work roughly in an expressive process of layering in paint.Mantecon is an adjunct Professor here at PSU.

There are actually galleries in the Pearl that do not considerthemselves commercial at all, but run as collectives. Blackfish(420 NW Ninth) is one of them. Currently, Blackfish is showing agroup exhibition curated by Vicki Lynn Wilson. She has collectedother new scenesters who create fanzines and work in video andinstallation art. This show is called The Locals and it hostsperformances and various happenings throughout this month, most ofthem free.

A little further west is the Laura Russo Gallery (805 NW 21st).The Laura Russo is the Grand Dame of the gallery scene here inPortland and therefore may, from time to time, play it a littlesedate. Sometimes those established artists are just toooverexposed. But sometimes those established artists are that wayfor a reason and this month I would advise that you run – don’twalk – to the Laura Russo Gallery. Check out the eye bending workof Francis Celentano. This veteran artist has mind-blowing colordown and form that moves.

Artists featured in the magazine are exhibiting in group showsaround town. The first Portland Modern exhibition will take placeat Disjecta (116 NE Russell) and features the work of HayleyBarker, Erika Kohr, Kimber Shiroma and Guy Martelet. This show willhave a grand opening on September 17. Disjecta is known for hostingnot only independent artists but also music and performanceevents.

One gallery that is way off the beaten path is the Haze (6635 N.Baltimore Street Suite 211). The Haze continues to give reasons tomake the commute to St. Johns by showing some of the freshest workaround and this month is no exception. Kenny Higdon, a master withthe loose and completely imaginative brush, is presenting”Suckers for Color.” This is a provocative title when oneconsiders that the artist is colorblind.

Higdon rocked Portland last year with his “The Death ofLewis and Clark” exhibition. This show, painted on cardboard,challenged both ideals behind the craft of “Pacific NorthwestArt” as well as the supposed history of this area. He is nowtaking this show on the road to Astoria, a very apropos place. InOctober The Astoria Visual Arts Gallery (160 Tenth, Astoria) willhost a new version of this imaginative version of history.

Whether facing linebackers or racism, Brown was unstoppable 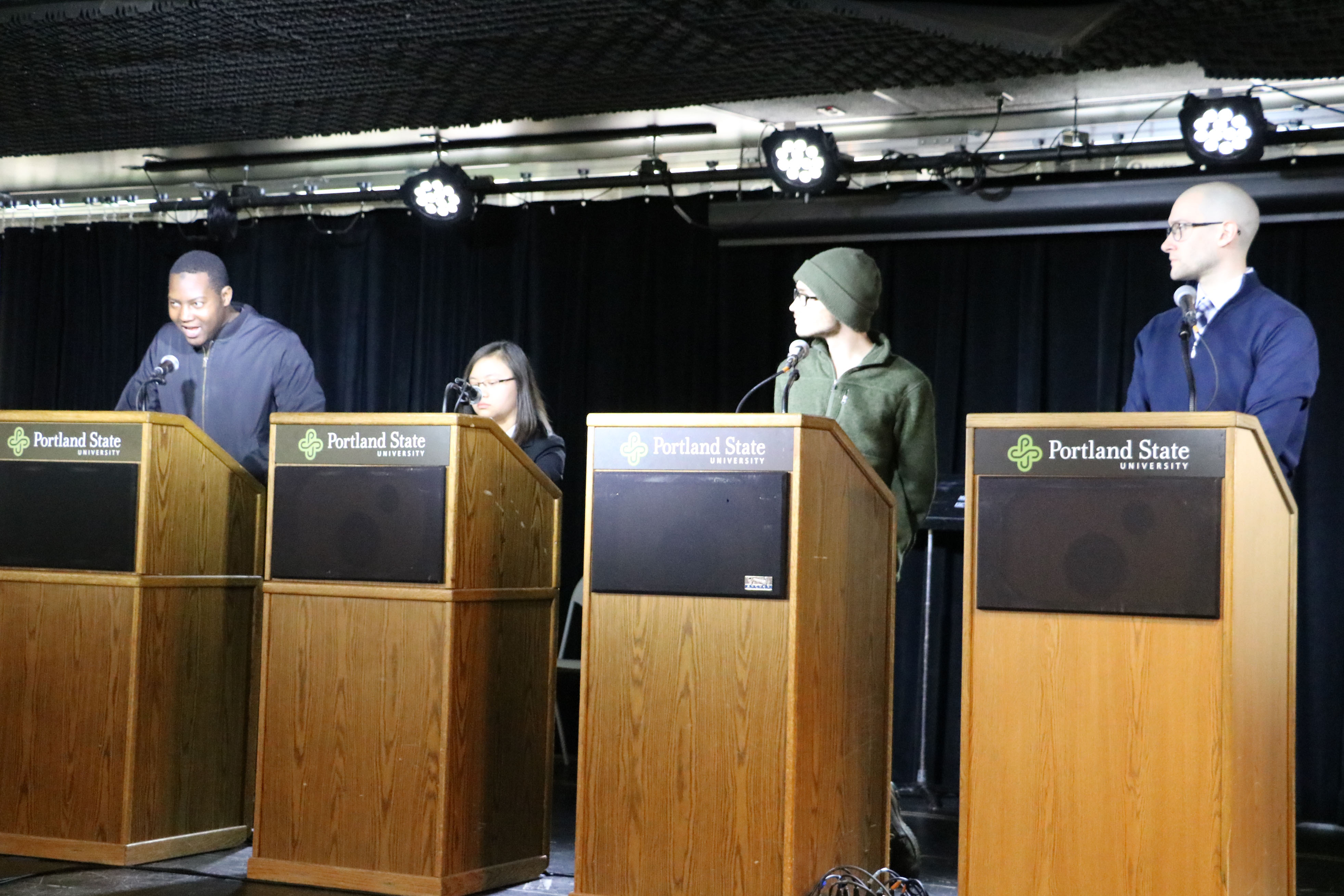