At the meeting, the first of 2005, Potter and Adams, along with Commissioners Erik Sten, Dan Saltzman and Randy Leonard, voted unanimously in favor of a resolution to "promote racial justice and denounce acts of hate in the City of Portland."

The resolution, proposed by Leonard, is in response to recent reports that a racist group has plans to distribute literature around Gabriel Park over the next weekend.

A resolution was also passed in favor of showing sympathy and providing aid to victims of the recent tsunami disaster in Southeast Asia.

"There is another role for America in this world, and it’s a humanitarian one," Leonard said at the meeting.

In his opening remarks, Potter called to put the children of Portland first in council decisions, echoing a prevalent theme throughout his campaign and inauguration. 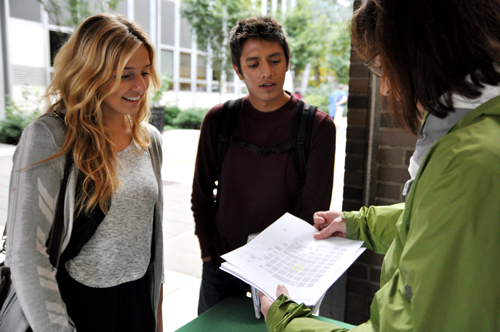 Done with a flash

My Street Grocery brings the grocer to the people