This is a double-dog-dare in print to stay awake through Greg Laswell’s new album. Do not listen to this while operating a moving vehicle or any other machinery. Laswell creates little stories that he then sets to a slow, quiet, soothing soundtrack in a soft, lullaby-like voice. There is no doubt as to Laswell’s talent as a singer-songwriter, and the addition of playing all of his own instruments is impressive. Influenced by the softer side of Ben Harper and Elliot Smith, Through Toledo is a sweet collection of sexy lullabies.

The earlier Jonny Lang was definitely bluesy. With every riff, beat and lyric, his songs came packed with plenty of attitude, swagger and just plain groove. Turn Around feels like more of an album he put together with whatever hit the cutting-room floor from past efforts. A good amount of the album plays like a renegade from the disco era, as though Lang was feeling bulimic in the studio and threw up 1978. It’s probably a nice sound for a disco party, but I really expected better of this fine young blues artist. When he does let up on the “dyno-mite funkay!” motif, the tracks are seeping with sappy, Christian overtones – a horribly bitter note to the agnostic ear of most beer-soaked blues fans. Sadly enough, his upcoming tour, during which he’s bound to bust out the early stuff, will come only as close as Bend, and for as great as Lang is live, this new tripe won’t likely fetch the trip from fans of Lie To Me or Smokin’. By the end of the album, all I could think was, “Well, at least it was better than a blow-job from a pissed-off wolverine.”

For fans of KT Tunstall, Jackson Browne and Taylor Hicks.

OK, another indie album. This is an album of decent guitar rock that sounds occasionally indie, emo, country and crappy. Nothing here is very outstanding, although some moments of Pixies-ish influence come through, such as on “All the Holes in the Walls.” Unfortunately, the lead vocals by Peter Arcuni generally tend toward overwrought, forced Art Alexakis territory. An occasional banjo and melodica sneak in on “Balcony,” the second track. There are some good ideas here, like the infrequent falsetto of “Spaceman,” but the strained, pleading vocals of the rest of the album far overshadow the few bright moments. What also seems to distract from the heart of the songs is the meandering high-end bass lines, which are appropriate more often than not. This is an album full of potential that ends up as pretty average overblown rock songs.

And the Glass Handed Kites

“The Zookeeper’s Boy” is the seventh track on Danish band Mew’s And the Glass Handed Kites CD. Experimental in form, Mew’s music is a heavily mixed and engineered musical experience. Repetitive but celestial, Jonas Bjerre (vocals), Bo Madsen (guitar) and Silas Graae (drums) are good at what they do. If you like Radiohead, you might check out Mew. Vocalist Jonas Bjerre delivers hauntingly beautiful vocals, providing a theme and variations on a central cadence. Whimsical feel-good music, “The Zookeeper’s Boy” invites you to float away with them on a mystical, lyrical journey, leaving one curious to see what else Mew has to offer. Mew is currently touring the U.S. and Canada as the main support act of the Kasabian tour. Check them out for yourself at Neumos in Seattle on Oct. 16.

This is a fine collection of songs that are obviously inspired by the British Invasion bands of the mid-to-late ’60s. Not that that’s necessarily a bad thing. Everybody likes the Rushmore soundtrack, right? That’s kind of what this album is like. The clear influence of great bands like The Kinks, The Beatles, The Who, The Jimi Hendrix Experience, and The Zombies is heard on pretty much all of this album’s 11 tracks. “How can an EP have 11 songs?” you might ask. Well, this is The Mooney Suzuki’s debut six-song EP, plus five songs from the same recording sessions back in 1999. Most of the songs here clock in at less than three minutes, and are pretty fun and trashy in a good way. You’ll find lots of guitar and bass riffing together, lots of vocal harmonizing and lots of “hey, that reminds me of Jimi Hendrix/The Who/etc.” type of moments. It’s good dirty fun, but it might make you wonder where the line is between homage and knock-off.

It’s a blurry area that The Mooney Suzuki (circa 1999) was happy to inhabit, and they do so with splendid style.

Have you ever tried listening to songs that were sung in a language that you didn’t speak? It’s usually not too appealing, but Juana Molina will change that, guaranteed. This album is charming, absorbing and thoroughly enigmatic, especially since it’s sung entirely in Spanish. The music is a gentle mix of acoustic guitar, subtle electronic elements and layers of Juana’s soothing voice. Some odd time signatures enter the mix here and there and help to make it an interesting listen. This isn’t your typical cocktail-hour music, as there are no saucy Latin drums, just a few light congas here and there. These songs are simple, atmospheric and bring to mind recent Bjork or Kid A-era Radiohead at points, but Nick Drake’s influence is present throughout. One element the songs all seem to have is a rhythmically picked acoustic guitar that repeats and repeats until a hypnotic base of the song is woven, on top of which the main vocal line comes in for a few lines, then some background “oohs” and “ahs,” then some more vocal elements enter, maybe backwards, as well as some light ambient twirping synth sounds. It all comes together to make for a really good album. There’s some inherent distancing between artist and listener because of the language barrier, but maybe if the lyrics were translated, we’d find she was singing about broccoli or belly buttons, and who wants to hear that? Let it stay in Spanish, so we can all enjoy it without thinking too hard.

Recommended for fans of Nick Drake, Bebel Gilberto, and The Girl from Ipanema.

Oh God. Here’s another crappy emo-pop metal-band. One can only think that their record company spells their name “Lost Profits,” because that’s exactly what this album should yield. Remember when Jimmy Eat World used to be cool? Then around 2001 they started getting crappy and consequently played a bunch on alt-rock radio? This album is like a much worse version of them. This crappy, non-descript batch of upbeat shout-along tunes is exactly what the world doesn’t need now. Someone shouts “let’s rock” in the first song and they’re not even being ironic. As unnecessary as this album is, it does sound crystal clear, having been produced by Bob Rock, whose past credits include Motley Crue, Metallica, and Simple Plan.

Apparently, the band cites The Cure and We Are Scientists as influences on this album, but those bands are far superior and really have nothing in common with this all-too-common-sounding commercial whiny pop emo dreck. This band is from Wales in the U.K., but sings with a pinched nasally American accent. And much like their missing accent, also missing is any hint of authenticity or reason why anyone should listen to this. Recommended if you like Fall Out Boy, Hoobastank, bland garbage.

On his first release, 20-year-old New Mexico native Zach Condon takes the modern indie ballad on a time warp. Horns, strings, ukuleles and glockenspiels converge with Condon’s melancholy croon to weave Eastern European and klezmer-influenced ballads. If this record suffers from anything, it’s a lack of variation between tracks, but it’s a promising first effort, especially considering Condon recorded it almost entirely in his home.

This album seems to consist mostly of Fergie (of Black Eyed Peas fame) rapping poorly about how awesome she is. Unfortunately, she isn’t. 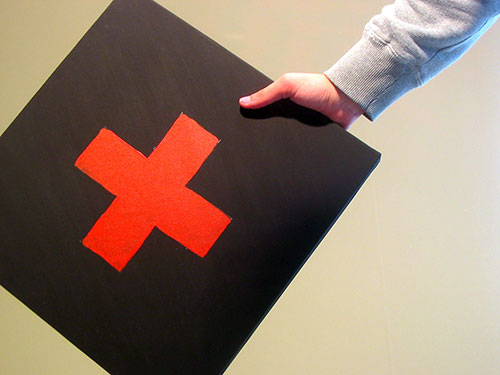 Good research is about function, not format 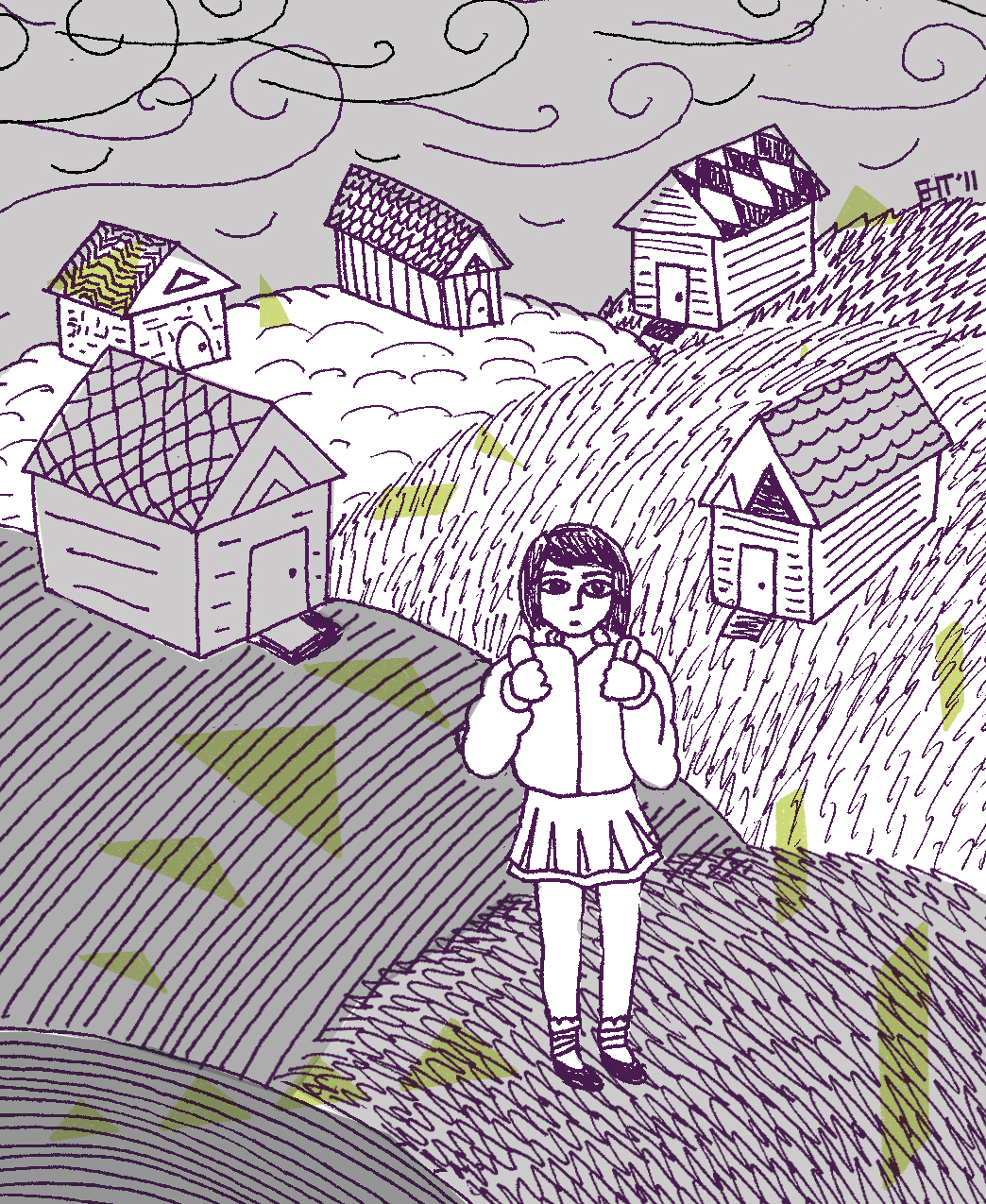