With every passing year, Vikings sports teams must say goodbye to a class of graduating seniors. We rounded up a few that are departing and asked them to share some of their experiences at Portland State and their hopes for the future.

With every passing year, Vikings sports teams must say goodbye to a class of graduating seniors. We rounded up a few that are departing and asked them to share some of their experiences at Portland State and their hopes for the future.

Senior track and field star Nick Trubachik, who was named the Field Athlete of the Meet at the Big Sky Championships, majored in Environmental and Health Studies with a GPA of 3.3. His most memorable times at the Park Blocks include travelling to the coast with friends and conquering mountains.

“I have many fond memories at PSU—it is tough to pick just one,” he said. “My fondest memory at PSU would have to be the times that I just hung out with friends in our spare time. We all have the struggles of school, sports, work and others. So it was nice that we were all able to make time to kick back and relax.”

He said it was difficult to pinpoint just one favorite class, but instead said it was a tie between Environmental Health with Tony Uliano and Anatomy and Physiology with Brad Buckley.

“Those two classes taught me a lot of information that I will forever use in my life,” he said.

Trubachik found that maintaining the balance between academics and athletics was a difficult task at first, but one that he eventually conquered.

“Being expected to do the same work as other students, though you may be competing for the weekend over in New York was pretty tough,” he said. “Trying to get a headstart on homework is the key in being able to succeed. For some people I can see this as being tough. I myself have put things aside until the last moment.”

Trubachik credits his success to his parents and his coaches Seth Henson, Ronnye Harrison, Chad Perry and Keba Tolbert, and he hopes to contribute to the program in the future.

“My plans for the future are to finish up my requirements for getting into physical therapy school,” Trubachik said. “Then after I am done with that schooling I plan to get into the athletic field. I also look forward to helping the PSU track and field program as it grows every year. Any time and support that I can give to this program I will do in a heartbeat. The team consists of some very talented individuals and I would like to see them accomplish what I have if not more.”

Senior basketball standout Claire Faucher, who helped her team to the program’s first appearance in the Division-I NCAA Tournament, majored in business administration and logistics management with a 3.4 GPA.

Faucher says that a daily planner helped her develop her time management skills that allowed her to successfully balance academics and athletics.

“I live by that thing,” she said. “[I] would literally have been lost without it.”

Faucher said her plans include going to George Fox University in the fall to begin working on her MBA. She was also just hired as the school’s assistant women’s basketball coach, so Portland State’s all-time leader in assists will soon be assisting young stars in developing their skills.

The Portland State women’s soccer team will sorely miss the services of its seniors, who helped the team win the Big Sky regular season championship in the fall.

“In being so busy with soccer, you realize that all of your extra time counts and you work hard to get your school work done any time you can,” Enneking said. “I think the mandatory study hall [my] freshman year really helped me figure out a good schedule.”

“She was a wonderful professor,” Enneking said.

Enneking says her father was instrumental in helping her reach the stage she is at today.

“He has always pushed me to be the best I can be on the field, in the classroom, and as a human being,” Enneking said. “Because of him I have learned never to settle for less than my best. He has been an amazing role model and motivator for me.”

Defensive MVP and team captain Cris Lewis, who majored in Physical Activity/Exercise, said her favorite class was her senior capstone.

“I had the opportunity to volunteer at a local Boys and Girls Club, and I met some amazing kids,” Lewis said.

Lewis’s most cherished moments include spending time in the Park Blocks and winning the conference championship.

“I couldn’t have asked for a better way to end my last year at PSU: Winning the Big Sky Championship ring with my fellow seniors,” she said. “It’s been something we’ve wanted as a group since we were freshmen.”

Lewis plans to play professional soccer in the future.

“Basically, wherever I can play, that’s where I’m going,” she said.

Fellow team captain and CoSIDA Academic All-District selection Nathalie Wollmann said that making school a priority and making a realistic study schedule and sticking to it were the secrets to her academic success.

Wollmann earned a 3.92 GPA in the School of Health and Community Health. Her future plans include going back to her native Canada and pursuing a Masters degree in Education or Child Advocacy Law.

Softball student-athlete Brandi Scoggins said winning the conference title was the highlight of her stay at PSU.

“I was able to strike a balance between athletics and academics by making sure I got my stuff done no matter what it took—even if I had to procrastinate ‘till the last night,” she said.

Her teammate De’Chauna Skinner majored in Health Sciences and said that she always tried to make time for fun, and not just softball and school.

Softball pitcher Tori Rogers, who majored in marketing, said that her fondest memory at PSU was when the team defeated No. 16 DePaul.

“It was one of the best games I’ve ever been a part of,” Rogers said.

Teammate Becca Diede, majoring in Environmental Studies, said, “My favorite class was Social Work with Professor Briggs. It was so much fun! Everyone should take it.”

Golf senior Stephanie Johns, who majored in Business Management with a 3.3 GPA said, “My favorite class was Power Soul and Spirit of Business. I feel that good time management and picking the most important things that need to be done is important.”

Her fondest memories at Portland State include wandering around campus on the rare sunny days and the early happy hour at Paccini. 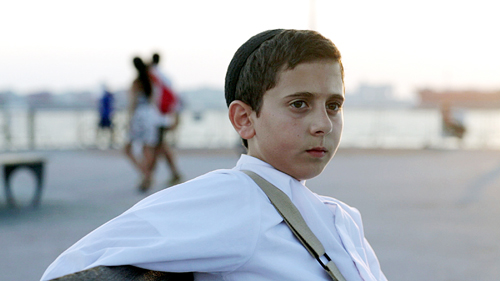