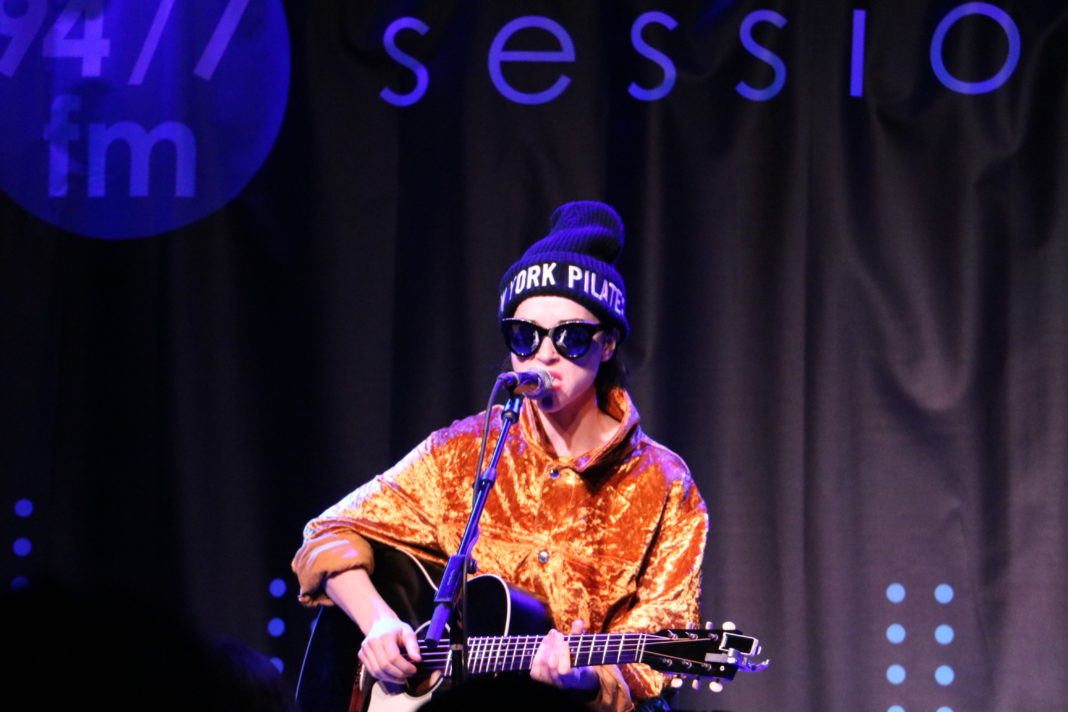 She was in Portland on her Fear the Future tour to promote her new critically celebrated album MASSEDUCTION, and performed later that night at Keller Auditorium in downtown Portland.

A show of hands, called for by a 94.7 staff member, revealed few people at Mississippi Studios would be attending the Keller Auditorium show. Even fewer people seemed to put together the free show was a cross-promotional opportunity between St. Vincent, 94.7 FM and other sponsors. When two Keller tickets were given away in a text message lottery, people were audibly surprised to realize they had opted in to receiving notifications from the radio station.

St. Vincent apologized for taking the stage 30 minutes late as she appeared amid applause wearing what looked like a gold crushed velvet cape-hoodie, black sunglasses and a black beanie with NEW YORK PILATES in white block letters.

Acknowledging the audience had “very important brunches to get to,” St. Vincent performed “Los Ageless” and “New York,” MASSEDUCTION’s singles. She interrupted, then restarted, “New York” after confirming she had 94.7’s permission to sing the song’s uncensored chorus. “‘Other sucker’ is such a limp dick lyric change,” she said, to audience laughter.

St. Vincent also played MASSEDUCTION’s “Slow Disco,” a song seemingly about experiencing melancholy in the club; “Severed Crossed Fingers” from 2014’s St. Vincent, which explores a similar thematic thread; and “Cruel,” from 2011’s Strange Mercy, which lyrically seems to describe the feeling of being young and abandoned.

All five songs share themes of metropolitan loneliness. The show played like a chill, effortless version of Sia or Allie X’s art alt-pop.

St. Vincent’s shows fell on #j20, the one year anniversary of President Donald Trump’s inauguration and the Women’s March, the largest organized political demonstration since the global protests against the 2003 War in Iraq, and the largest single day of organized political demonstration in the United States since 1993’s March on Washington for Lesbian, Gay and Bi Equal Rights and Liberation.

St. Vincent thanked Portland for being, in her words, a beacon of hope during these times, but the tone of the show was never more expressly political than this. There’s only so much one can pack into a half-hour show co-sponsored by a beer brewer. 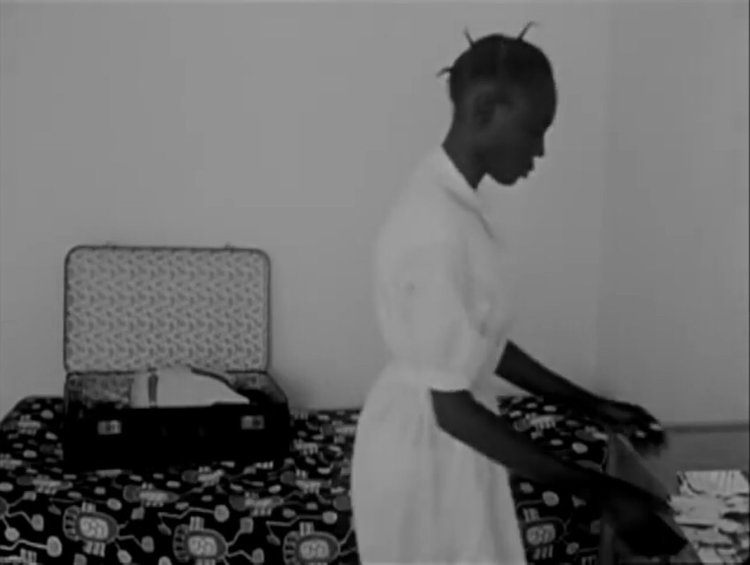