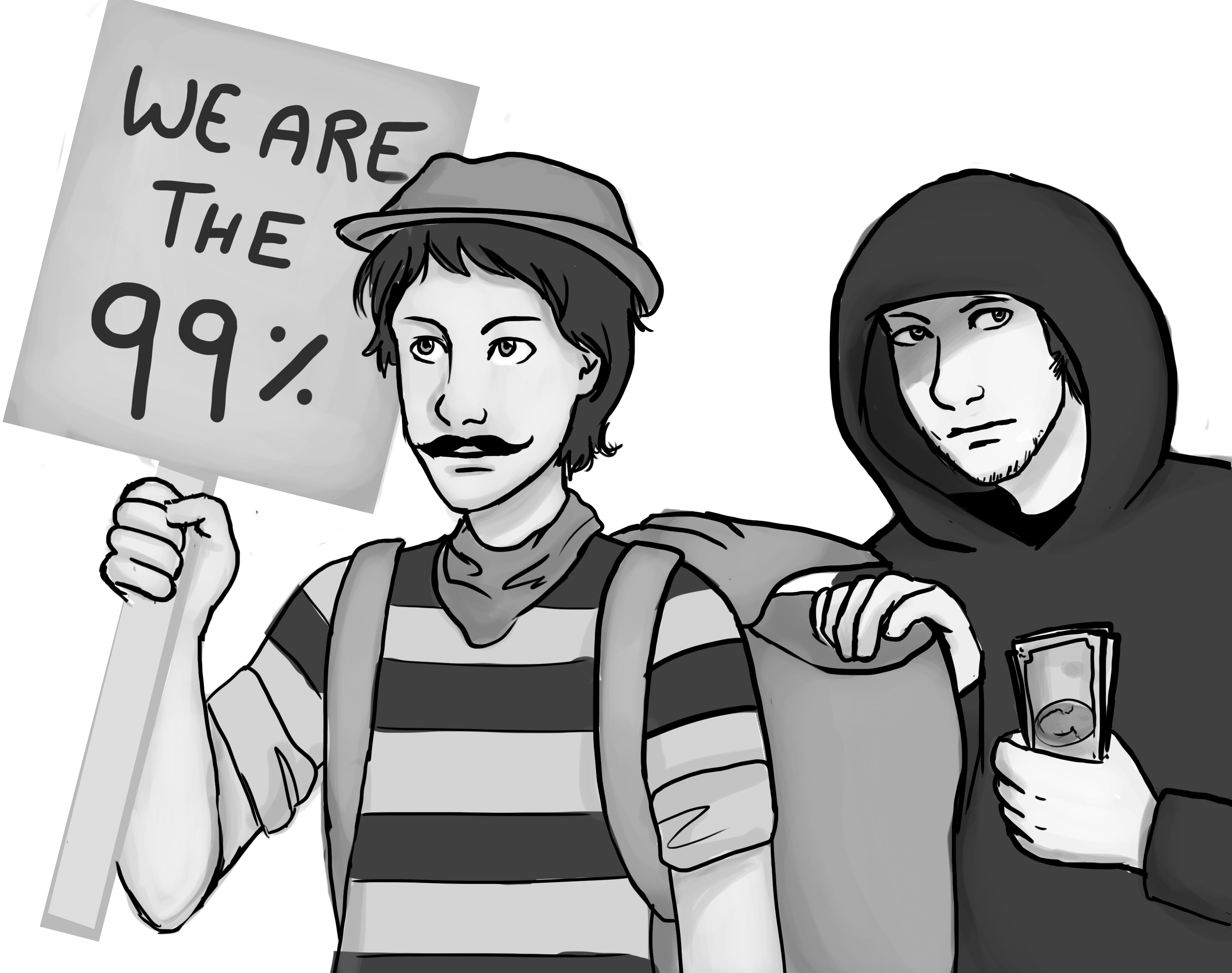 Occupy movements should consider the switch to incorporated nonprofit status

Occupy Portland is having a difficult time transitioning from a movement to an organization with an ever-growing need for donation funds, like the other Occupy movements.

Occupy movements should consider the switch to incorporated nonprofit status

Occupy Portland is having a difficult time transitioning from a movement to an organization with an ever-growing need for donation funds, like the other Occupy movements.

Neither the financial committee nor the General Assembly of Occupy Portland agreed to this. Last week, Occupy Portland filed paperwork to cancel the nonprofit corporation. Instead, they plan to put the donation money in a trust fund with a local attorney overseeing the transition.

Aside from the problem of the few deciding the fate of the majority (sounds just like what they are protesting: “we are the 99 percent!”), this incident highlights the fact that Occupy Portland seems to have more money than it knows what to do with. This “movement” is turning fast into a significant fundraising organization.

And despite the current outcry, it would actually be a good idea for Occupy Portland to re-file for incorporated nonprofit status once the situation cools down. By doing this, the movement can become more organized and more effective with what it does with its money. Nonprofit status also ensures the survival of the movement when the camping-out method eventually sizzles out.

Occupy Portland would not be the first Occupy movement to require some financial structure. Occupy Wall Street, which has so far racked up nearly $300,000 in donations, has opened two bank accounts in the name of its unincorporated association, Friends of Liberty Plaza.

Maintaining a police presence to keep the peace at Occupy Portland marches and a 24/7 watch over encampments has cost the Portland Police Bureau $186,400 in police overtime since the movement’s first march on Oct. 6. This is still small compared to the $3.4 million that New York City has so far spent on overtime for police, but every penny counts.

This has also been quite a trial for the law in the Occupy Portland movement. It is illegal to camp out in city parks, but Portland has bent the rules for protestors as long as they stay in only the Lownsdale and Chapman squares.

The federal government is not so lenient, however. When Occupy Portland attempted to set up in federal property Nov. 1 at the Terry Schrunk Plaza, federal and Portland officers removed the campers from the area completely.

Camping out is an effective way for the Occupy movements to increase media attention, but protestors need to realize that it is time to take the next step. The movements are costing our cities more than just money, so movements like Occupy Portland should start contributing—not just to the demonstration of free speech, but also to the wellbeing of communities.

Occupy Portland can make this contribution by becoming an incorporated nonprofit and gradually moving away from the encampment method. The protests should not stop altogether, but the movement can be ultimately strengthened by putting donation money into a more structured organization instead of into the growing needs of running encampments.

Nonprofit status could efficiently organize protests and also work toward finding solutions to the financial problems they are protesting against. It would put some real, sustainable power into the movement.

This is easy to visualize when considering the missions of some of the most successful and well-known nonprofit organizations: The Red Cross, YMCA, Habitat for Humanity, Planned Parenthood, the Mayo Clinic and many others. These organizations spend money on issues that the government does not adequately cover and heighten awareness of such issues. This sounds like an area that Occupy Portland and other Occupy movements could fit into nicely.

Creating a nonprofit is more “mainstream” than just having protests, but Occupy movements should not look for fault in structure itself. Rather, they should see how structure (like government regulation of big banks) can be detrimental to the people if not maintained correctly.

Inevitably, Occupy Portland and other movements will have to deal with taking on more structure. It is not unreasonable to predict that the movements will continue to grow financially.

In essence, Occupy Wall Street and related movements like Occupy Portland are growing in a monetary sense. Those increasing funds need to go toward both their exercise of free speech and the public good in order to stay aligned with the protests’ ideals.

To protect the Occupy ideas from fading, the Occupy movements should become non-profits and prepare for the future.

The logical career choice, one with no rules