Portland State’s Student Fee Committee is facing the possibility of turning in its final budget to the Oregon University System (OUS) before allocating any money to the student groups it normally funds.

Previously, the OUS voted on university budgets, which include the student incidental fee assessment, in mid-July. Students, through various student governments and the Oregon Student Association (OSA), have lobbied to have that date moved up.

“All these other fees get dropped in June after students have left,” said Jon Wykoff, director of OSA.

This poses a problem for legislators and OUS board members, who must try to pay for all of these university-related services without the input of the students.

The OUS board discussed at its September meeting the possibility of moving up the date when it will vote on the budget to May 20, essentially giving students what they want.

However, the problem, Wykoff stated, is that the budget includes the student fee assesment.

Alone, “the student fee is a model,” Wykoff said. When lumped in with the rest of the university’s budget, however, the SFC must meet the same deadlines.

With the proposed changes, the Student Fee Committee will have to adjust all of its deadlines and face submitting its final budget to the student senate by mid-November of this year. Under the schedule it has currently been operating under, this would not have to be done until February or March.

Normally, the SFC does not complete and submit its final budget until after it has held budget hearings and allocated the fee money to the various student groups and organizations it funds.

Faced with the new timeline, the committee is now considering the possibility of submitting its budget before its allocations are made.

SFC Chair Tracy Earll isn’t happy with the prospect of having to do this, but will if it becomes necessary.

The biggest concern about submitting the budget before allocating funds to student groups is the possibility of increased competitiveness between groups to receive funding.

By having to work within a preset budget, rather than having the flexibility to raise and/or change fees as needed, student-fee-funded groups may see their requests for funding limited or denied in order for the committee to stay within the limits of the already- submitted budget.

The SFC is planning to discuss this issue further at its next meeting.

In other business, the PSU chapter of the Oregon Student Public Interest Research Group (OSPIRG) proposed revised on-campus expenditures based on a budget of approximately $21,000 at yesterday’s Student Fee Committee meeting.

The $21,000 is based on a reserve fund allocated for the group, contingent that the money only be used for its on-campus operations. Inconsistencies over OSPIRG’s expenditures and Student Fee Committee (SFC) guidelines led to much dispute and confusion last year and the eventual non-funding of the group.

The new proposal, submitted to the SFC in a reserve-funding request, suggests the use of quarterly reports. This would require OSPIRG to submit an itemized budget to the SFC each quarter, with the intention of the reports being made public record. Release of funds to OSPIRG would be contingent upon the committee’s receipt of the reports.

“It’s still not ideal, but it is a compromise,” SFC Chair Earll said, reflecting concerns of other SFC members.

The SFC postponed making a decision on the OSPIRG funding until it could meet with the group’s adviser.

Also, in other SFC news, the committee made and approved changes to the summer incidental fee.

It raised the fee from $15 to $45 for any student taking one credit during summer term. This will increase $5 per credit up to $100, maxing out at 12 undergraduate or nine graduate credits. 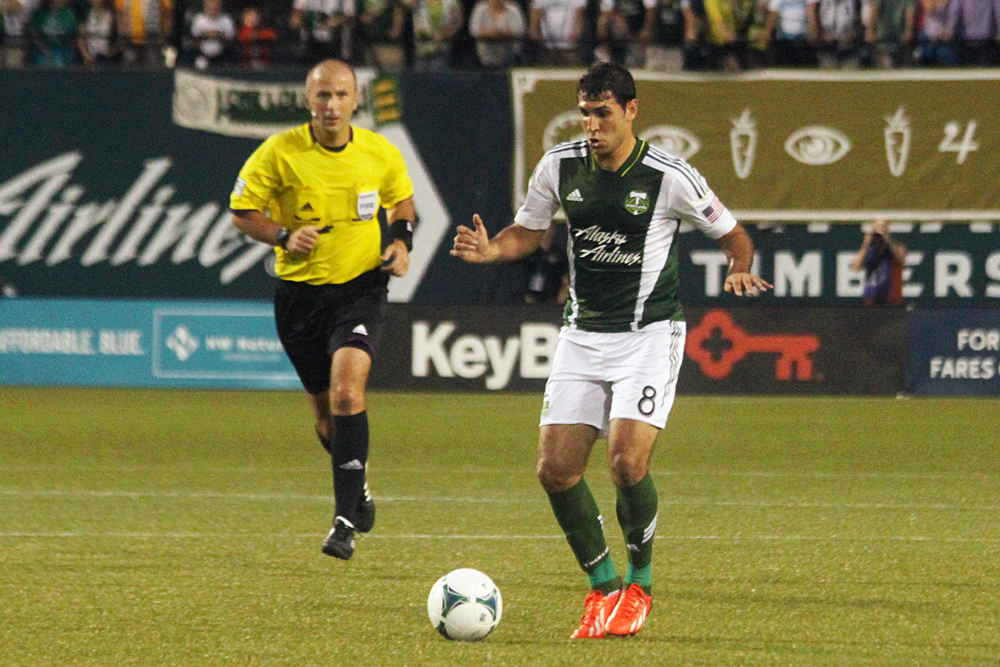 Timbers excite, but don’t play up to expectations