Last Friday (the 13th) I took a turn down Third Ave. toward Berbati’s Pan with press pass in hand. The Walkmen, a New York-based indie rock band, was playing with members of the Make-Up (opening the show as Weird War).

Behind me I heard a clatter of talk. “You know Dave’s drummer? Well his roommate’s band opened for Mr. T at the Meow Meow the other month,” said one man heading my way.

“Mr. T was in Portland?” his beguiled scenester friend asked.

“I guess he was,” the original speaker responded.

For some reason, I knew we were all headed to the same place.

While the Walkmen stirred up a buzz in the indie scene last year with their Wire-meets-U2-meets-vaudeville show tunes sound, their new album, Bows and Arrows, (their first with a major label) has yet to have the same impact as their prior release. Starting off with a blistering post-punk rocker (“The Rat”), Bows succumbs to similarity as the track list progresses.

Entering the Pan, I was struck by the hipster turnout. This was, apparently, the place to be if your parents are rich and your favorite beer is Pabst Blue Ribbon.

alaska!, a conglomeration of former Folk Implosion band members and various other players was rattling off a pedestrian emulation of psychedelic rock and garage blah.

The only person I saw bopping was the guy manning the alaska! merchandising stand.

The crowd responded with lackluster applause as the bandmates removed their equipment from the stage.

In turn, Michelle Mae and Ian Sevonius, the part of the Make-Up which make up Weird War (formerly called Scene Creamers), appeared and replaced alaska!’s equipment with their own.

By the time the band took the stage, the room was packed and smoky.

The band tore through a broad selection of tunes covering their extensive back-catalog (including Weird War and Scene Creamers songs).

While the crowd responded positively, Sevonius was not as enthralled, throwing his microphone to the ground (with a loud thud) at the end of the set to leave the stage with the band.

Alex Minoff, former member of Chicago’s Golden, continued to wow the crowd with histrionic falsetto and noodling soul guitar as bassist Michelle Mae rocked out on an A-E-D progression.

After Weird War came the headlining quintet, the Walkmen. The boys assumed the stage in an innocuous saunter, only to take up their instruments and launch into the thundering blasts of the first two tracks from their new L.P.

Unfortunately, halfway through “The Rat,” (the powerful chug chug chug song that is the highlight of Bows and Arrows), singer Hamilton Liethauser’s mic failed him, forcing him to miss the second refrain of “You’ve got a nerve to be asking a favor.”

Screaming in rock and roll fashion, Liethauser picked up the second mic on stage and continued to pound out the vocals.

That is, until he backed toward the drum kit and tumbled to the ground. ‘The Rat” finished, Liethauser returned to the mic.

“I haven’t actually fallen down in a long time,” he said before drank the majority of a bottle of beer nestled behind a guitar amp onstage.

(Meanwhile, Mr. Sevonius of Weird War had left the building, re-entered with a Voodoo doughnut and exited again.)

The Walkmen continued to pound out their brand of sparkly abstract musicology with little incident for the remainder of the night.

Exiting the stage and re-entering after rapid second-thought applause called them back, they finished off with “We’ve been had,” the song which garnered the band much attention when it was featured on a Saturn commercial. The opening bars of jaunty piano were enough to elicit yelps from the audience.

Much like the show on Friday, the Walkmen’s new album Bows and Arrows is an interesting piece, but lacking oomph in the long run. Best to download “The Rat” and leave the hipsters to cream on their own scene.

A letter from the editor 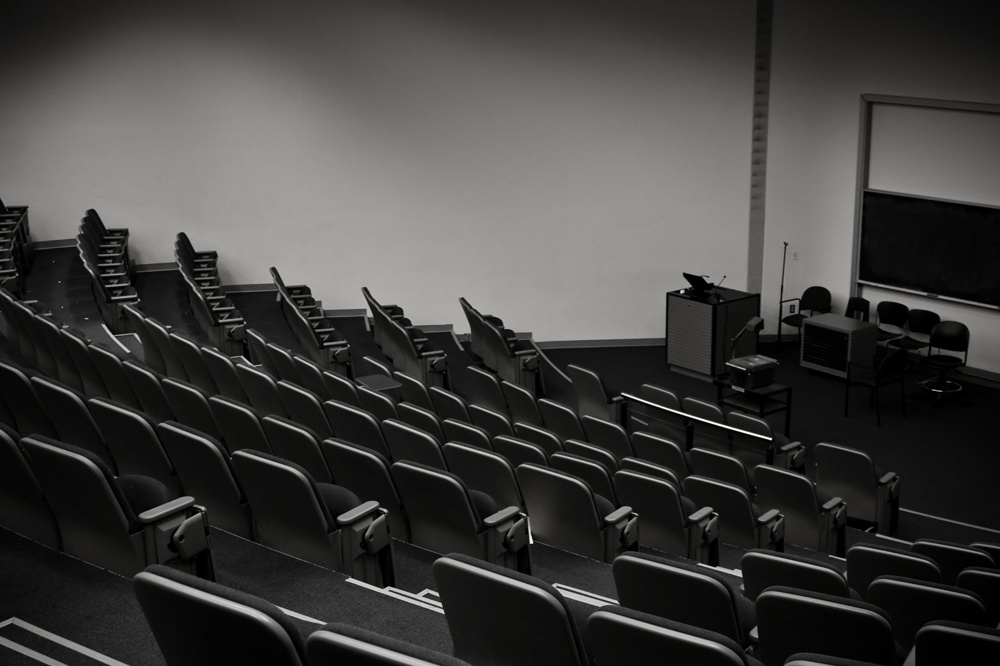