I have come to the conclusion that there are two basic types of “fancy cooking.” One relies principally on knowing the flavor/texture/temperature/visual appearance of your ingredients and balancing them in a pleasing way. The other kind involves a lot of procedural attention and following a specific set of methods to reach an end known beforehand. A complicated recipe is like a complex physics problem – anybody with a background in algebra could understand the calculation with enough effort but unless you were well versed in the subject, you wouldn’t expect to understand the first time you encountered it. Likewise, the first time you attempt a method, you are likely to end up with sub par results. The only way to cure this is with time and perseverance.

That isn’t going to help you very much before V-day. It is worth trying to cook a meal for your intended, however, as it is a fail-safe path into good graces. Here is a kind of cooking cheat sheet:

Really read your recipes
Try to take apart the ingredients list and the method description bit by bit – what is each thing doing? Is there something else that does that same thing? Substitutions that suggest themselves this way are often the best themes for a menu.

Everything in place
Trying to run around the kitchen while checking to see if a pot has come to boil, while chopping some vegetables and sauteing on the stove isn’t fun but is unavoidable from time to time. You can minimize distractions by having all of your ingredients prepared, measured and at hand (it’s generally ok to mix all the wet ones in one bowl and all the dry ones in another ?” check the recipe) before turning on the heat.

Taste as you go
The recipe may specify precisely the amount of seasoning that you ought to use. This is a rough estimate at best, most often. You should taste what you are cooking as you cook to make sure that the flavors are what you are looking for. Be aware that the flavors of some spices and herbs change with the length and temperature of cooking time. Your recipe or cookbook will be a good guide.

Be whimsical
Everybody knows that mashed potatoes need some kind of fat in them, to keep them from becoming gummy. Avocados are great sources of saturated fat – why not avocado mashed potatoes? I’ve made them and they are great. Following a whim in the kitchen may take a bit of courage but, as your experience builds, they will become worth it.

Mix and match
We live in a place and time where it is possible to recreate the cuisine of almost any place on the planet, more or less accurately, with a simple bus ride. The 54, which stops mere blocks from campus, takes you straight to Uwajimaya, the Asian foods superstore. The high-end groceries often carry high-end imports from Europe. We even have our own charcuterie, Viande (735 N.W. 21st Ave. 503-221-3012, highly recommended). Take elements from as many different sources as possible, all centered on some theme, as esoteric as you wish. Then, if any specific dish isn’t the best, having it in an unexpected context will tend to mask this.

Here is my suggestion for Valentine’s Day: improvise with store-bought stuff. Starting from scratch takes too much time, technique and effort and you might want to go for creativity. Combining and enhancing ready-made products will be the best use of time. If money is a more significant issue than time, feel free to start from the basics. That’s how I usually do it.

The theme for a V-day is fairly obvious: aphrodisiacs. I know that shellfish have been considered an aphrodisiac, probably, according to biochemists, to their niacin. Shellfish can be either expensive or dangerous, however and I know that most seaweeds have the same stuff in them. Spicy foods raise the “internal thermostat” and can make people feel flushed, sweaty and ultimately like they wish to remove their clothing. Chocolate is a sure aphrodisiac and a guaranteed deal winner in a desert. You can’t strategize for after-dinner action and not want to get a good, nutritious meal, easily digested and easily converted into energy.

After all that, you should be in like flynn, with no extraordinary investment in time or effort. Heck, maybe cooking for your sweetie could be something you keep in your arsenal for more frequent use. Could be that when this time rolls around next year, you will wring your hands in eager anticipation, waiting to try out your next gourmet ninja skill. Could be, with a little practice, your loved one(s) will be looking forward to it even more than you do. Isn’t giving beautiful? 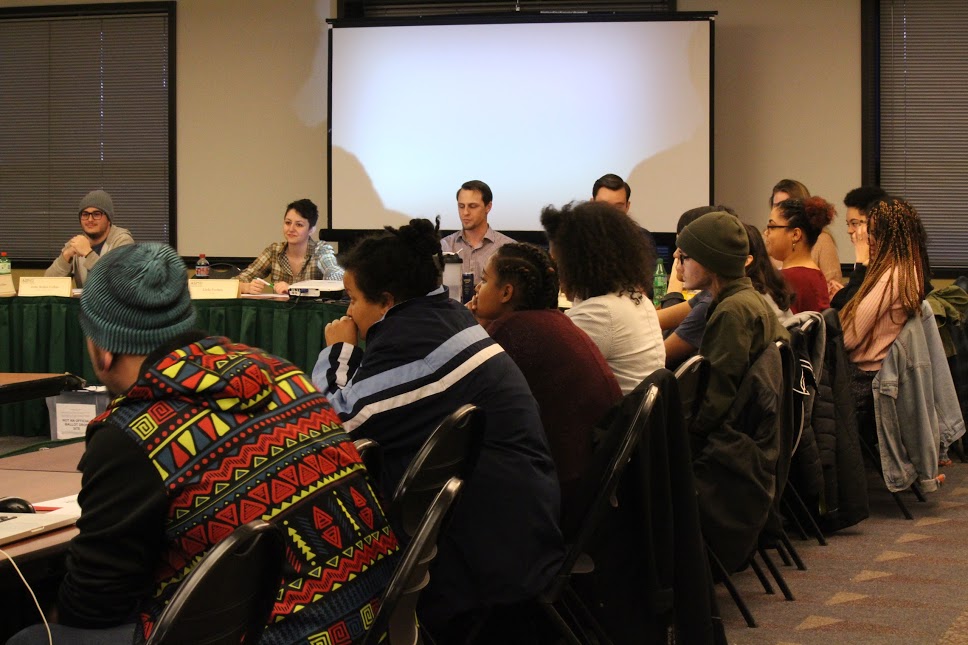