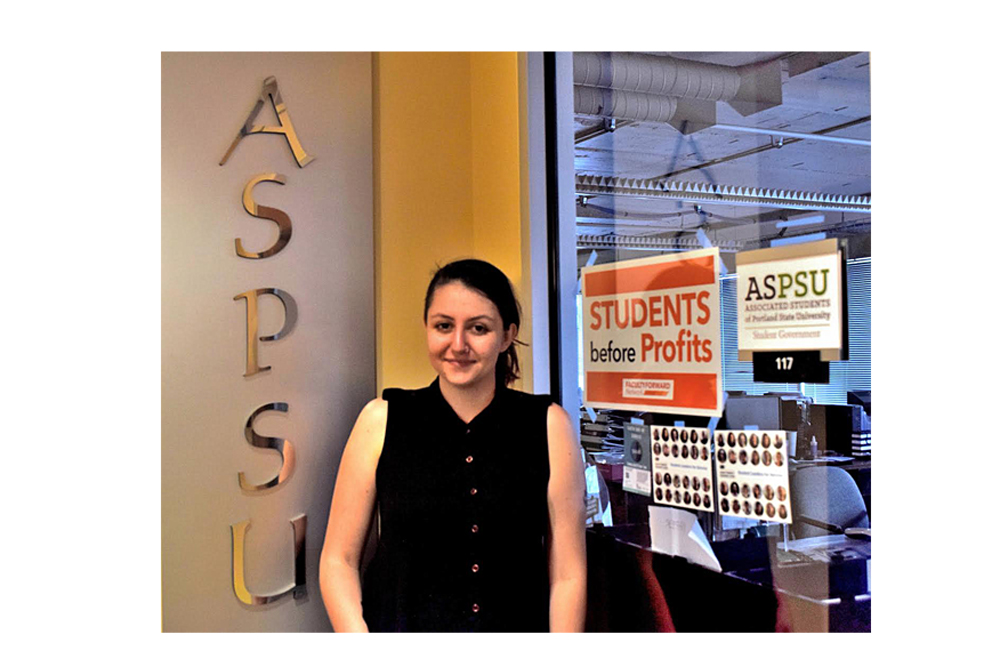 The Associated Students of Portland State Senate operates on a formal structure, and is an integral force in PSU politics. ASPSU consists of 16 senators, a president, vice president and a committee office holders and members.

ASPSU President Liela Forbes made it clear in a recent interview that she wants students to be heard in every aspect of the campus community. From student fee spending to representing the student voice at the state capitol, students’ time at PSU and beyond is influenced by the politics of ASPSU. President Forbes and Vice President Kaitlyn Verret, who took office this summer, were elected on seven key initiatives.

“We ran on a platform that primarily centers on student safety and interests on campus,” Forbes said and urged student involvement in ASPSU.

Campus Safety Reform
During the year ASPSU will lobby and argue against the deputization of Campus Public Safety Officers, and for a public safety unit.

Campus Sexual Assault Prevention
Forbes pointed out that campus sexual assault is much more common than most people think, and there’s a long history of not putting the narratives and voices of those affected at the forefront.

“That’s a way that people become comfortable with rape culture,” Forbes said. “We tend to do things at events to bring problems to light, but we’re looking this year for more creative ways to work on this problem.”

Food Security
According to Forbes, research has shown that 40 percent of PSU students experience food insecurity sometime during their enrollment.

“As tuition rises, students are priced out of education, but they have nowhere else to go,” Forbes said. “There’s a certain point where you’re committed, for some that means lack of food.”

Forbes invited students who have food insecurity to come to the ASPSU office and obtain information on options and resources.

“We want to look into creative funding,” Forbes said. “We want to help fund the on-campus food pantry. We want to address the fact that we have a new contract coming up with food service providers.”

Currently the on-campus food service contract is awarded to Aramark. When it expires those opportunities will be up for bid.

“Is the food going to be too expensive? Is it going to be a decent enough quality?” Forbes asked.

ASPSU has an influence in the bidding process and award outcome.

Cost of Tuition
“ASPSU plans to take students to Salem where they can explain to legislators that the price of higher education is too much, and that it’s a burden to their constituency,” Forbes said. “We run one of the biggest voter campaigns in the state. The student association voter registration campaign set a record in 2012 with 50,000 voter registrations.”

“We go in and say, ‘Yes we’re students and we’re your constituency and we have voting power now,'” Forbes added. “If you really are not going to focus on this issue, we’re not going to vote for you.’”

Campus Minimum Wage of $15 an Hour
Students make up a significant portion of PSU workers. The PSU Student Union and other organizations on campus are actively researching what it would take to raise the current minimum wage. There are a lot of factors involved, but one of Forbes’ goals is to get policy in print in the next year or two for a campus minimum wage of $15 an hour.

Equitable Representation
One of the roles of ASPSU is to appoint students to the 26 different University Affairs Committees, which help the university run and are facilitated by administrators.

“Committees help make decisions for some of the stuff that happens on campus,” Forbes said. “For instance, if a student has a conduct violation they will go in front of that committee. We appoint the students who are on that committee.”

She said it’s a self-balancing system where everyone participates. ASPSU wants to make sure that students on those committees can understand and represent the highest stakeholders.

PSU, like many universities, charges students an incidental fee. That money goes in front of the Student Fee Committee, and they approve allocations. Resources funded in full or in part by Student Incidental Fees include athletics, the student resource centers and Student Activities and Leadership Programs, which includes both Student Media and ASPSU. There are legal protections in place to protect students in their level of control over that money.

“The idea is that students should have a direct say on where that money goes,” Forbes said. “The [SFC] allocates somewhere near $14.5 million annually. They’re students, too. This is some awesome stuff.”

“They’re usually every other Monday 5–8 p.m., and you can come for as long as you like,” Forbes said. “A lot of our students actually come. They are the first to know if we have internships or other positions available.”

And they are the ones who help influence PSU student politics.

Correction: The article previously stated that “Resources funded in full or in part by Student Incidental Fees include the Student Health Center, athletics, the student resource centers and Student Activities and Leadership Programs, which includes both Student Media and ASPSU.” As noted by Coordinator for Student Government and Advisor for Greek Life (see comments section, below), the Student Health and Counseling Center, or SHAC, is not funded through the Student Incidental Fee. 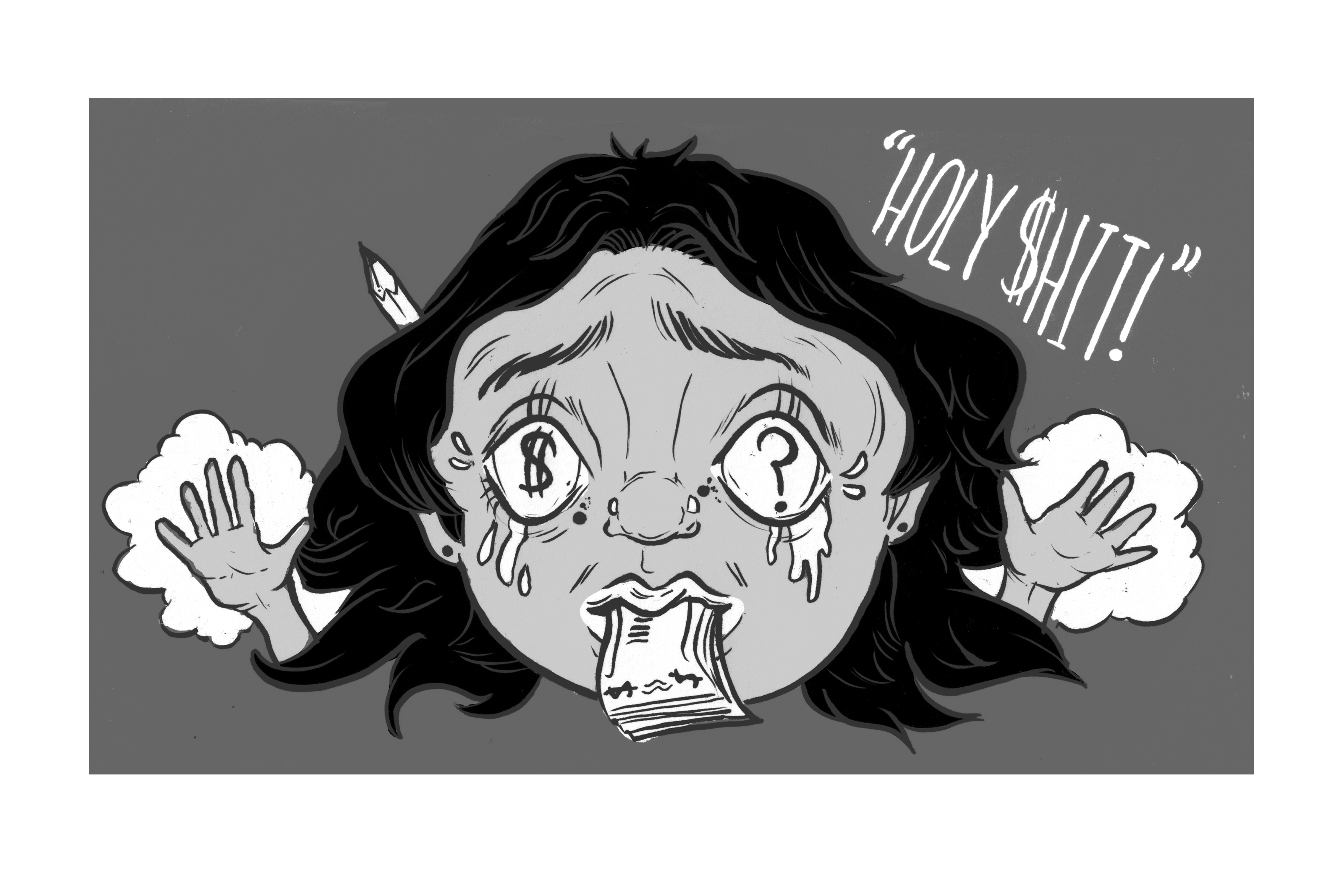 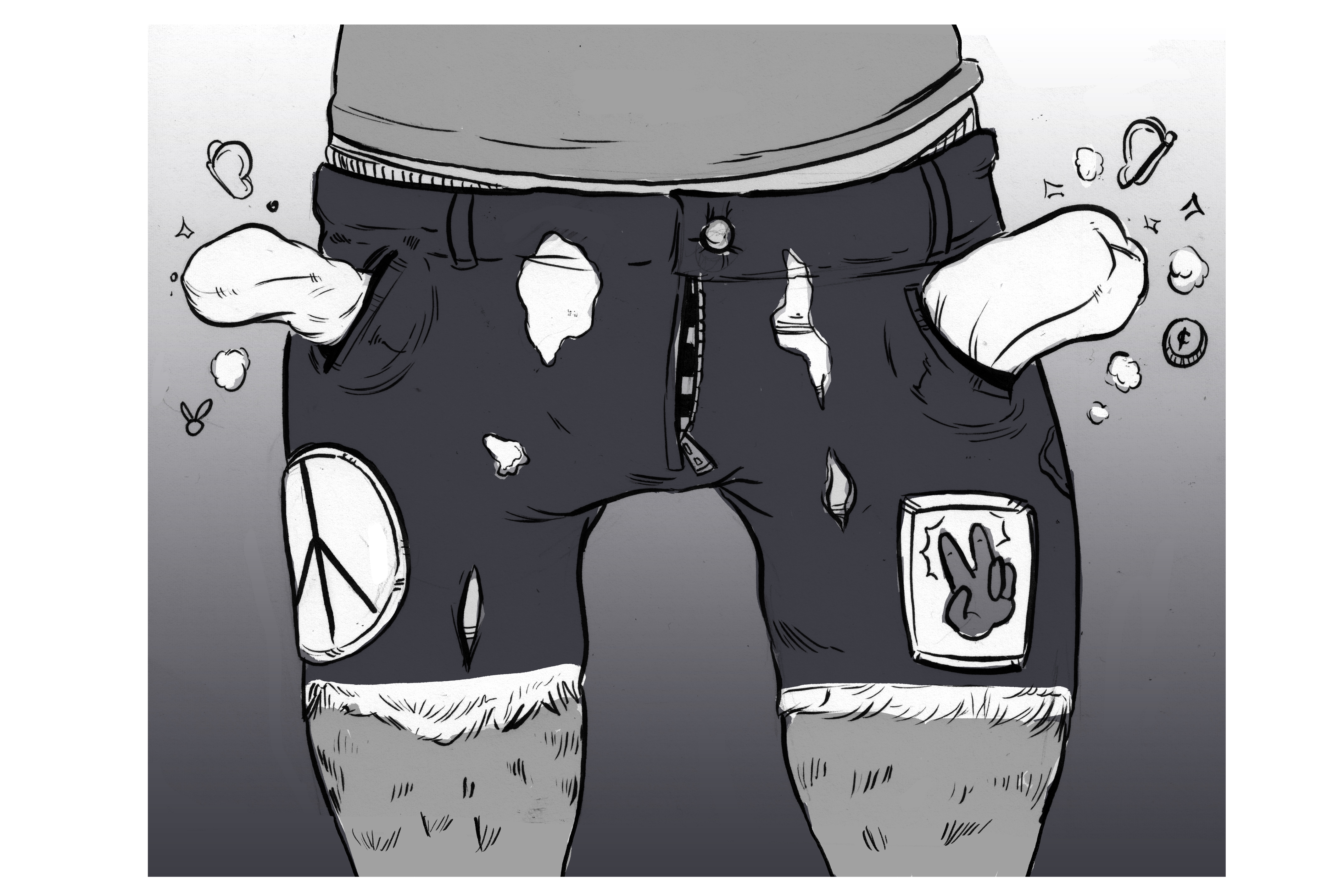 Let ’em say what they want

Waking up with a vision