A rundown of the most impactful moments of 2008 in PSU athletics.

Feb. 5
After earning a weekend sweep of the Montana schools, the men’s basketball squad stands atop the Big Sky with a conference record of 6-2.

Despite injury problems and some inconsistency, the Vikings are beginning to emerge as the top squad in the conference, with junior point guard Jeremiah Dominguez breaking out of his shell as a prime-time performer.

March 4
With an opportunity to claim the No. 1 seed and the right to host the conference tournament, head basketball coach Ken Bone’s squad did not disappoint.

The team again defeated both Montana schools, this time on the road by a combined score of 204-124, breaking numerous records and embarrassing Grizzlies and Bobcats everywhere.

Mid-March
While the men’s team made national headlines by defeating Northern Arizona and earning the Big Sky’s automatic berth in the NCAA Tournament, the women’s squad was overachieving as well.

Picked to finish in sixth place in the Big Sky and with a new head coach, the Vikings went on a tear through the Big Sky Conference before losing to eventual champion Montana in the conference semifinals.
Even with the loss, March was a great time to be a Vikings fan.

March 20
Our timeline would be incomplete without the mention of the Vikings first-round loss to eventual national champion Kansas in Omaha, Neb.

Just days after, on March 30, point guard Jeremiah Dominguez and center Scott Morrison would be arrested in Mexico for allegedly assaulting an American at a Cabo San Lucas nightclub.

The two would spend two days in prison before returning home. They were quickly suspended from school and the basketball program, but shortly reinstated when it appeared that the two would not be charged.

April 4
Plans to renovate the Stott Center are announced by athletic director Torre Chisholm. The first phase, a new football locker room, would be completed in August.

Chisholm estimates that the school would need about $35 million to complete the project, which would include expanding the main gym capacity to 4,000.

April 22
Men’s and women’s tennis concludes their first season since the program was re-instated in 2006. Steven Ascher, who later resigned to take a coaching position at Montana, coached both clubs.

Sophomore Hannah Bews had a career best tournament, shooting even par to earn medalist honors. She has since transferred to Bethune Cookman in Tampa, Fl.

Meanwhile, the team struggles on the field in a game riddled with poor decision making by the two primary quarterbacks, Drew Hubel and Tygue Howland.

Earlier in the spring, six former Vikings earned invitations to NFL teams, highlighted by linebacker Jordan Senn, who has been a consistent special teams performer all year for the Indianapolis Colts.

July
Jerry Glanville removes the scholarships of a dozen football players that were expected to return and contribute to his squad. The decision, which drew criticism from ASPSU, was a message for all the football players to comply with Glanville or find themselves out of a job. Several of the players would transfer and even play well at other schools.

Sept. 30
The football team travels to Pullman, Wash., in hopes of defeating a poor Washington State squad in a nonconference game.

Instead, the lowly Cougars throttle them 48-9. The loss would be just the second of six road losses for Glanville’s troops on the year.

October
In their signature win of the season, the Vikings defeat Eastern Washington at PGE Park. Sophomore quarterback Drew Hubel is brilliant at the helm as he amasses 44 completions, 623 yards passing and five touchdowns.

Nov. 15
Both the men’s and women’s basketball teams begin their seasons with outstanding results.The men defeat Rice on the road before thrilling victories over Portland and Cal State Fullerton in the Stott Center. The women defeat BYU, Portland and Binghamton before falling to Syracuse in their first four contests.

Nov. 29
The women’s volleyball team defeats Eastern Washington to earn the Big Sky Championship and the school’s first ever trip to the NCAA Volleyball Championship.
Junior Nique Fradella, sophomore Christy Hamilton and freshman Tracy Vargas are each named to the all-tournament team. 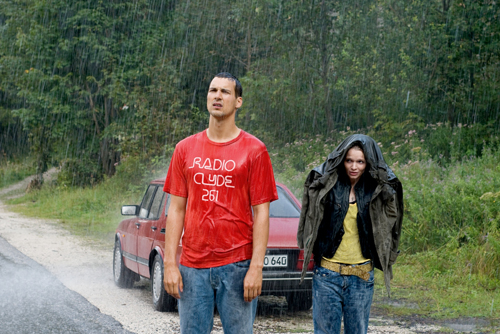 Triumph of the witty