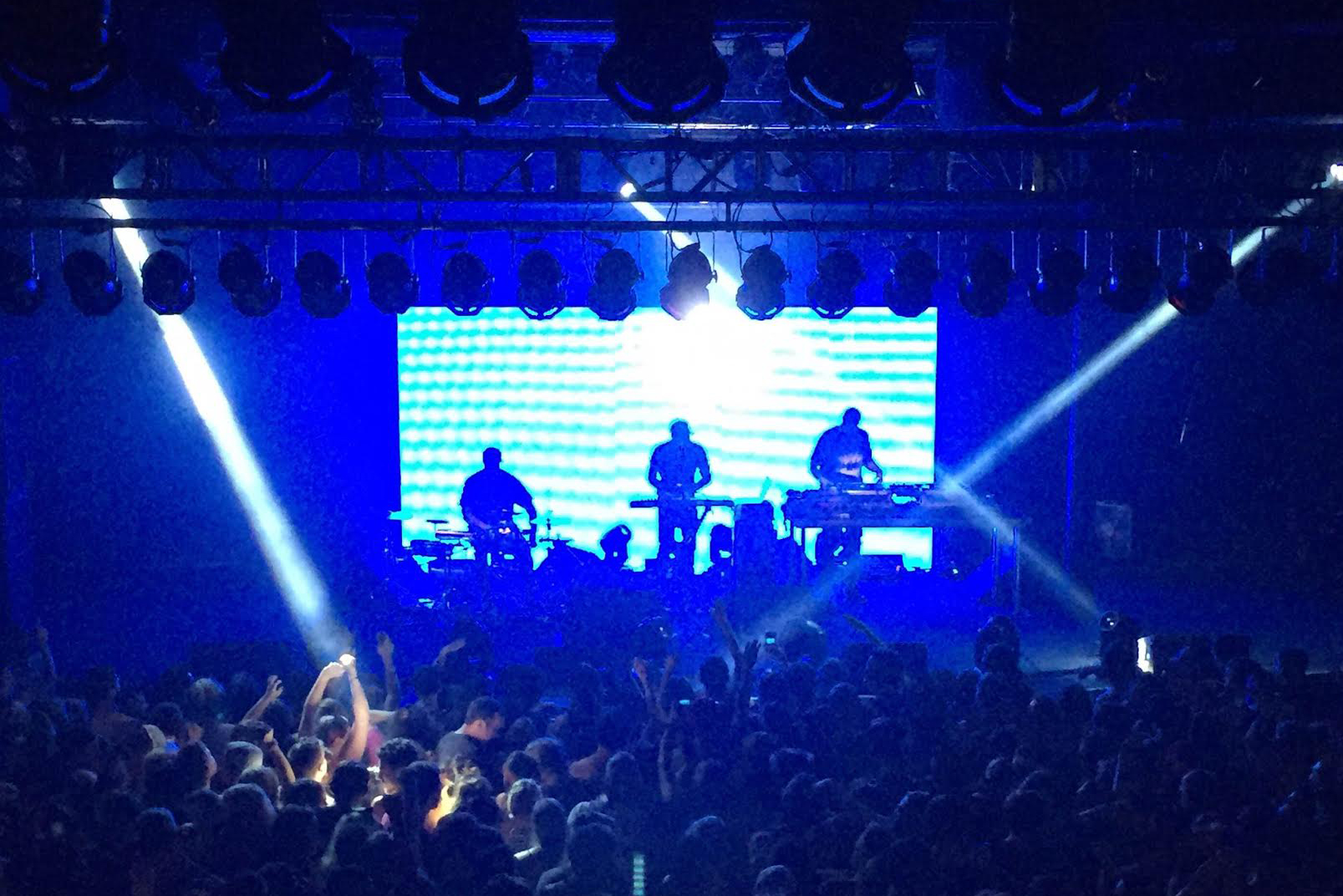 If you’re not familiar by name—first of all, you should change that—you would probably recognize KNK’s major hit “Dum Dee Dum” which was released in 2013 but carried an extreme popularity over the last few years. The band’s sharp percussion paired with deep bass and crisp vocals make you want to dance with your friends until midnight…and much longer.

I had the privilege of doing exactly this when I saw drummer Adam Tune, keyboardist David Matisse and turntablist Greg Dawson–aka Jr Flo–create an electronic trifecta on stage a few weeks ago. Before KNK, their accompanying hip-hop duo, Hermitude, took the stage.

When I walked into the venue, it seemed as if there was more security than usual, although I couldn’t imagine why they would need more because despite it being sold-out, the feeling of PLUR (Peace, Love, Unity and Respect) was overwhelmingly present on the floor.

As I made my way past the light up dresses, kandi-covered arms and massage trains, I walked upstairs, noticing the signs that read “Warning: This show contains heavy laser and strobe use.”

Finding my seat, different colors shone all around me; blues, reds, oranges and greens illuminated the dancing bodies below as Hermitude finished up their hour-long set. About 15 minutes later, KNK started right on time at 10:45.

A group of concert-goers who had been sitting throughout the duration of the opener immediately shot to their feet when KNK took the stage, in front of a digital screen that stood 10-15 ft. tall.

Irradiating flashes of light sustained the vibrating bouts of bass.

As all the show-stompers danced more and more, the venue’s temperature climbed higher and higher. That didn’t seem to matter much, as some audience members were stripped down to the bare minimum.

Although there was the normal rave attire, there were also many people dressed in shorts and a tank-tops or even jeans and button-downs. There were a variety of people at the concert, but they all seemed to share one thing in common: their excitement for KNK’s performance.

Halfway through the show, KNK brought back one of their hit songs from 2014, “Are We Faded?” As the audience leapt up and down as if being led by a jump rope, they loudly replied, “Yes, we faded!”

KNK mixes a panoply of songs that, as their website suggests, makes you wonder, “‘Where the fuck did they get that sound?’” But honestly, I don’t care where, I just care that they keep making it. Especially after their new EP and seeing them live, KNK has moved to the top of my EDM list.

A few minutes before their last hit, a guy sporting a bright Hawaiian button-up jumped on stage and danced in front of the three producers. After security escorted him off stage, one of the KNK members yelled for the audience to give him a special round of applause.

Before closing out, KNK thanked the openers, staff and their fans for making the tour possible. They also noted how important it is that everyone stayed safe and took care of each other. Lastly, they proudly vocalized their reason for being there: for “people coming together, enjoying music.”

Their last song of the night, “Nothing but Space,” ended two minutes passed 12 a.m., making the huge crowd vacating the Roseland, truly, a Midnite Mass. 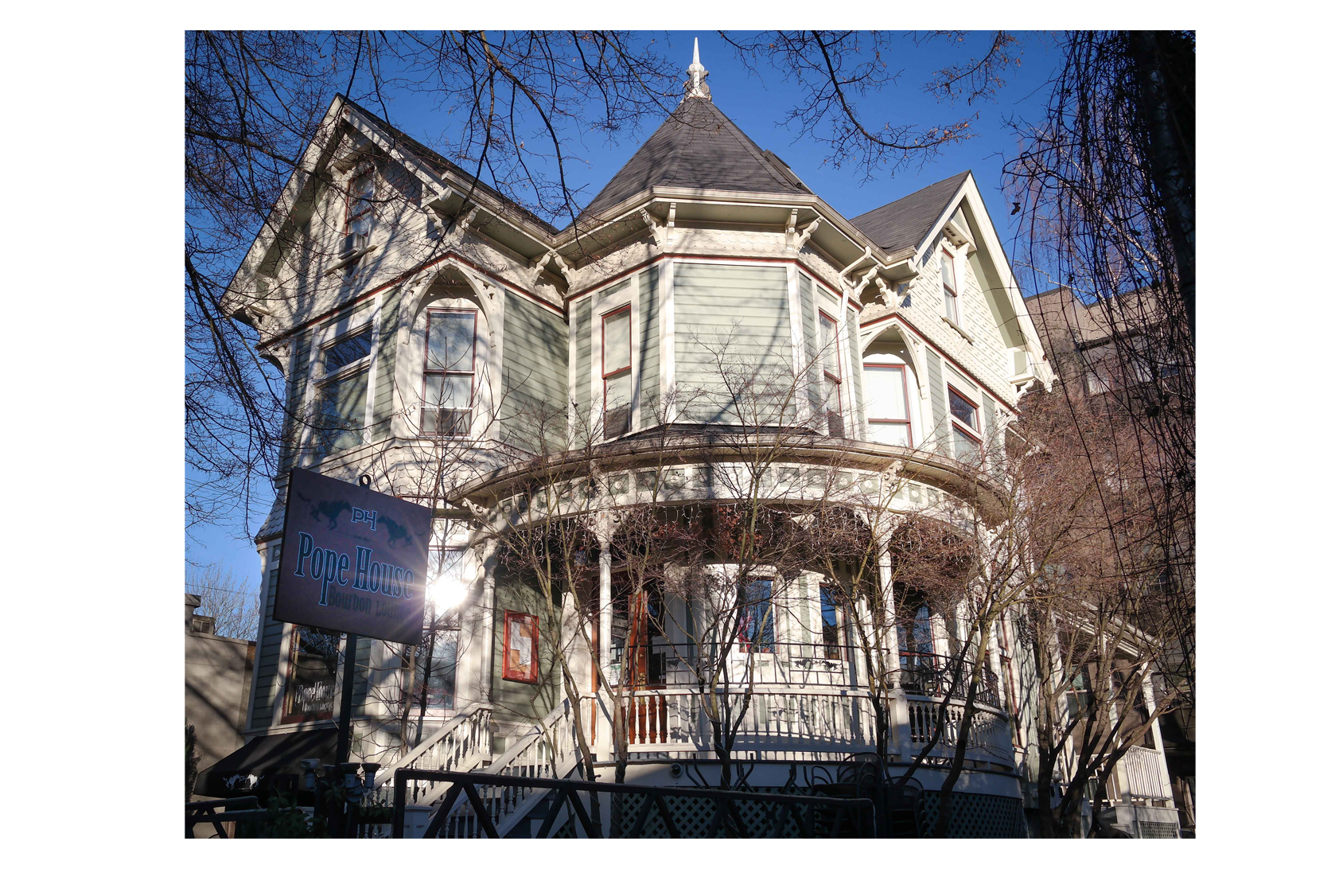