Despite an initial strong showing at a scheduled OUS board meeting protest Friday about faculty pay, few members of Portland State’s full-time faculty union were left by the time the board let union representatives speak–hours later than was planned.

Despite an initial strong showing at a scheduled OUS board meeting protest Friday about faculty pay, few members of Portland State’s full-time faculty union were left by the time the board let union representatives speak–hours later than was planned.

About 25 members of the PSU chapter of the American Association of University Professors (AAUP) congregated at the meeting around 11 a.m., sporting red AAUP shirts and buttons in order to make their presence known to Oregon University System board members and protest what they say is a stalled salary negotiation process with PSU administration.

Gary Brodowicz, PSU-AAUP president, said faculty had planned to read a prepared speech about the ongoing salary negotiation process between the union and PSU when the highest number of AAUP faculty had gathered at the meeting.

“We didn’t know when we were going on because the meeting [agenda] kept moving around,” Brodowicz said.

In February the AAUP entered mediation with university administrators over faculty pay. Mediation is a necessary step before faculty can strike. PSU-AAUP has said they do not think Portland State’s salary proposals are adequate.

The idea behind AAUP attending the meeting was to present a united front to Oregon State Board of Higher Education members in order to stress that PSU faculty aren’t bargaining only with university administration but with OUS as well, Brodowicz said.

When Brodowicz was allowed to speak, Kirby Dyess, OUS board chair, thanked the faculty for their patience and participation.

“We hope that the mediation and negotiations between PSU administration and the AAUP are concluded equitably and rapidly,” he said.

Dalton Miller-Jones, chair of PSU’s Black Studies department and OUS board member, also spoke on the subject of the full-time faculty pay dispute.

“I hope that what the board will hear is the urgency to do something about faculty salaries,” Miller-Jones said. “It’s going to undermine us tremendously in everything we’re trying to achieve.”

PSU-AAUP is planning to hold another demonstration at the annual Simon Benson Awards on April 1. 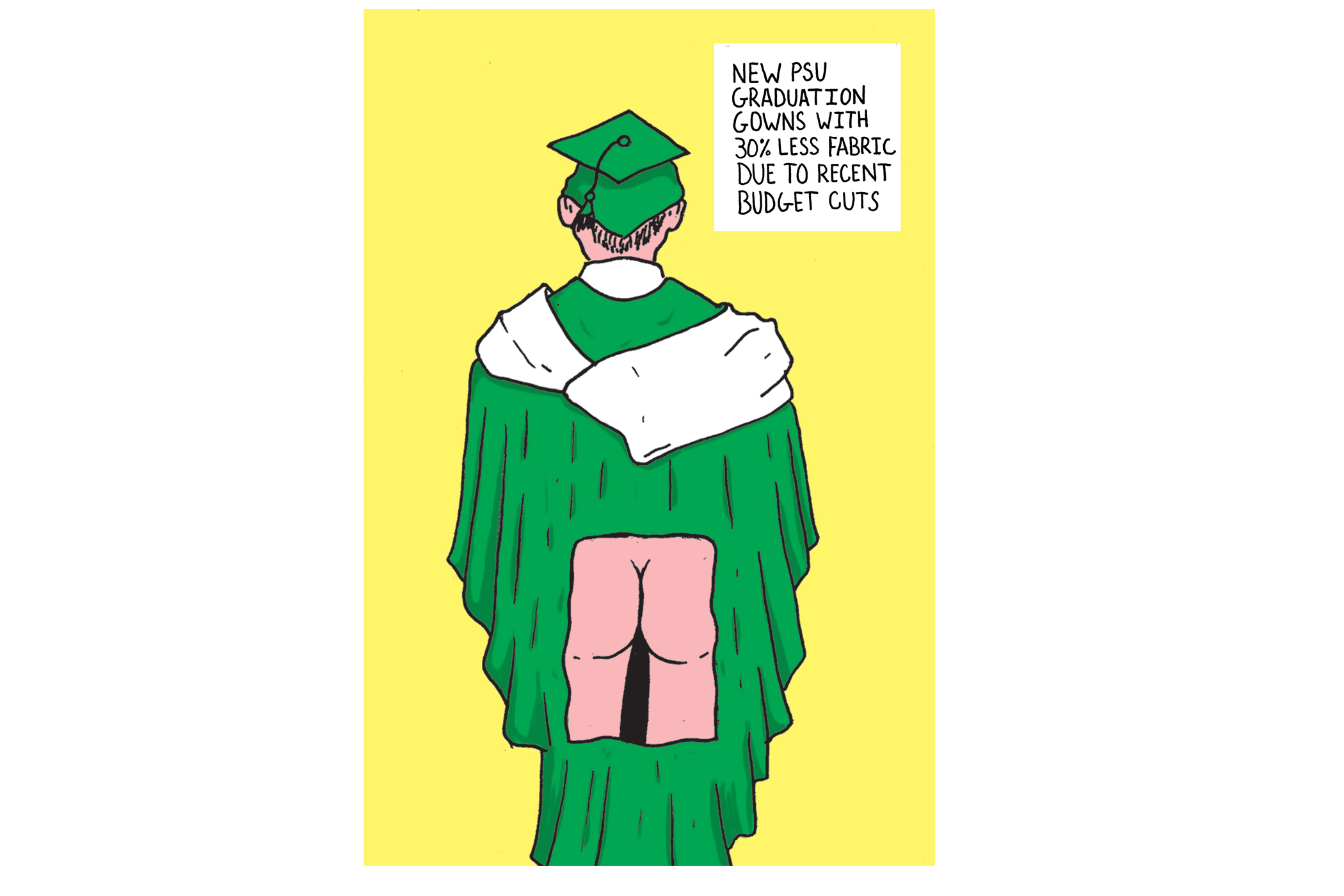