Though Ethan Smith took over as the new Student Senate pro tempore on Oct. 5, he has already made a name for himself in ASPSU.

Though Ethan Smith took over as the new Student Senate pro tempore on Oct. 5, he has already made a name for himself in ASPSU.

“Ethan has been doing a wonderful job. He has jumped right into the position,” said ASPSU President Katie Markey.

As pro tempore, Smith is the chair of the coordinating committee for the Senate.

“We are the ones who establish the agenda for the Senate,” Smith said. “We … monitor the Senate to make sure that they are staying on task, which includes things like one-on-one interviews with the senators, making sure they are meeting with their constituents—those types of things.”

ASPSU Vice President Lauren Morency is the president of the Senate and in charge of the meetings. However, if she were not available, Smith would assume her responsibilities.

When the position opened after the previous pro tempore, Cathy Symes, resigned, Smith did not consider running.

“I honestly didn’t even think of it,” Smith said.

It was later in the week that he was approached by another senator who asked Smith if he would accept a nomination.

“After getting details on what all was involved [for the position], I said, ‘Of course,'” Smith said.

According to Markey, the search to fill the position was the same as it was for all other senators; after applications were accepted and reviewed, the candidate consulted with the vice president and was then appointed.

Although this is the first time Smith has worked in a position of this sort, he feels prepared to take on the job thanks to his past experiences in various leadership roles.

“I have been manager at a couple different companies, whether as an art director or production manager…that helps as far as a professional level, but even in my personal life I’ve held various leadership roles in church or through school,” he said.

However, Smith has never had experience overseeing a student body.

“I think what is important is if someone is able to take in all sides of an issue, and actually giving an honest response after listening to all the views. And that’s something I have done my whole life,” Smith said.

Although this is his first term here at Portland State, Smith has already completed all of his prerequisites at Portland Community College. Smith is by trade a graphic designer, and is working towards a bachelor’s degree in graphic design before continuing his education to obtain a master’s degree.

It’s an ambitious goal, especially for someone as busy as Smith. Aside from student government, he is a full time graphic design student and has three children under the age of five. Nevertheless, he has been enjoying every minute of the experience.

“It’s been a lot of work, but the work we’ve been doing is important,” Smith said. “I’m in a really great position in life to be able to take on the extra responsibility.”

One thing he has been excited to see is the filling of all of the Senate seats.

“We have filled the Senate seats, so we have a full Senate. And further, all of the constituency positions have been filled, so every student group on campus now has a representative senator, and it’s been years since that has been the case,” Smith said.

With only the short few weeks since the beginning of October, Smith has already noticed the power the Senate has. For instance, one of the more important issues brought before it was the concern about student fees helping fund the Campus Public Safety Office.

According to Smith, $180,000 in student fees is being used to pay for campus security in Smith Memorial Student Union. However, at last week’s meeting, the Senate passed a resolution to discontinue the use of student fees to fund it.

“I look forward to the leadership he is going to bring to the Senate,” Markey said. “He is approachable, well spoken, very knowledgeable and easy to talk to. He is going to accomplish a lot of great things this year.”

Smith has nothing but high hopes for the future. 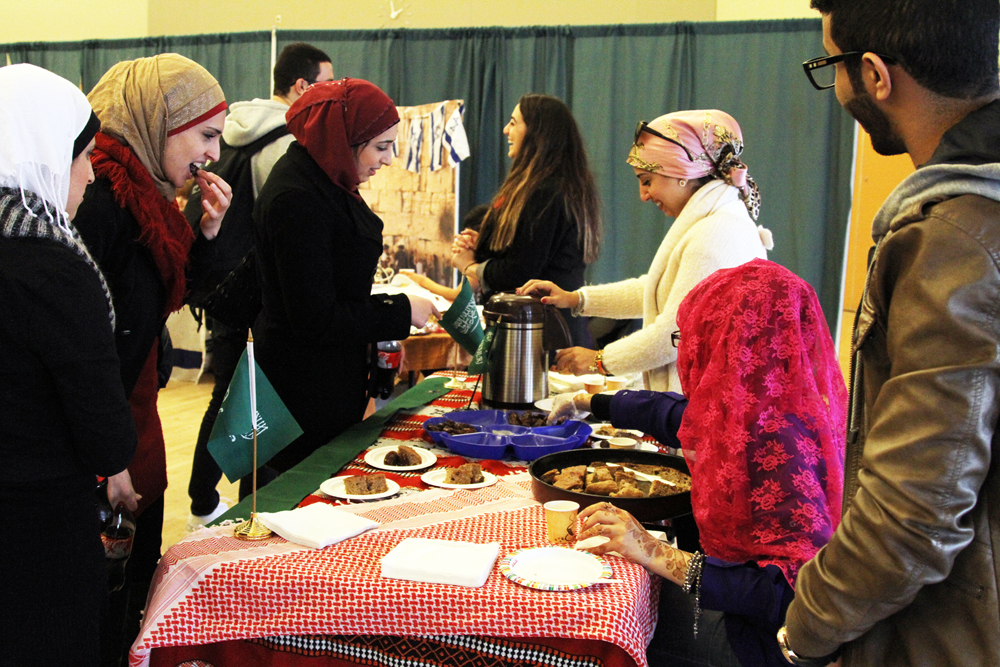 Around the World Sweet Experience