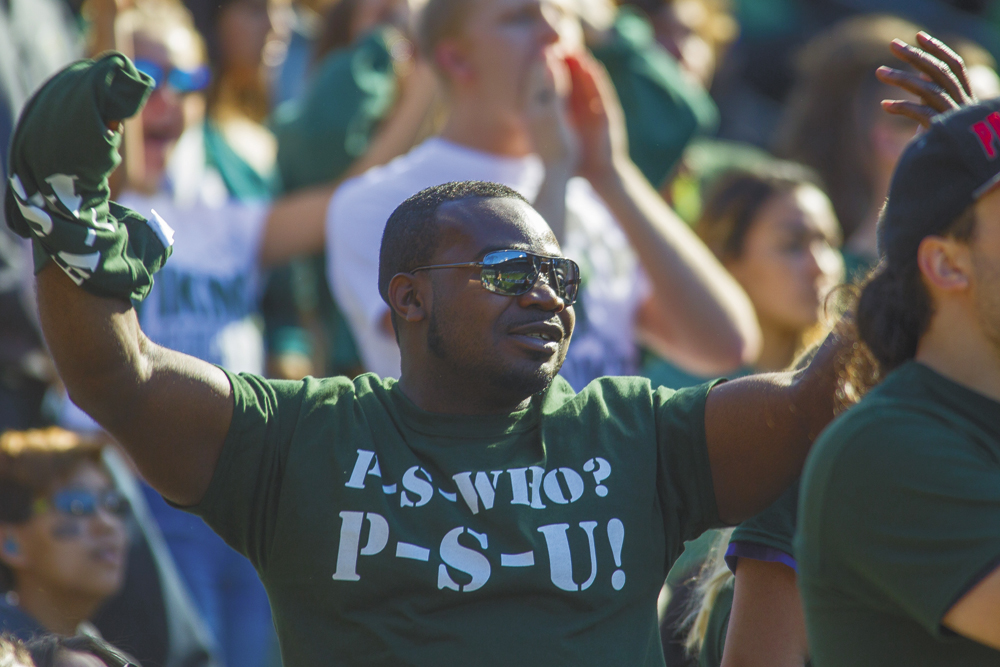 In the wake of the Portland State Vikings win against Eastern Washington on Saturday, the forward momentum of the university’s athletics department continues to shine.

Last week the Vanguard reported on what PSU President Wim Wiewel has described as the new spirit of athletics at the university. This term, Wiewel’s description has rung true for the Vikings football team, coming in last Saturday with a 9–2 overall for the regular season and 6–2 in the Big Sky conference.

On Nov. 23, head football coach Bruce Barnum—who is in his first season as head coach at PSU—was named a finalist for National Coach of the Year.

The recognition of Barnum came in close conjunction with the NCAA’s playoffs announcement of the Vikings first-round bye and a Dec. 5 home game in round two.

The success of the football team this season shines a light on the work of several players within the PSU Athletics Department, including Director of Athletics Mark Rountree, who’s been in the position since January 2015.

“[Rountree] has done a great job of creating a real can-do attitude here within the program,” said Associate Athletics Director for Media and Communications
Mike Lund. “[T]he energy that he’s brought into our program has been a positive for all of our sports.”

“He’s done a great job of engaging with the campus community, people all across campus, the administration, our boosters,” Lund continued. “I think he’s kind of injected some new life into our program. That coincides with the success of our football program, it really has us as a department on the upswing.”

Lund said the success of the football program benefits the entire athletics department and extends into the PSU community.

“When you win, people naturally get interested,” Lund said. “This year we’ve been winning in football. And football isn’t the be-all, end-all in an athletic program, but it is the most visible sport—the sport that gets the most attention. So when you’re having some success there, everybody benefits from that.”

Barnum echoed Lund’s comments on the success of the football team benefiting the overall athletics department, and added that the student athletes play the most significant role in the positive results of university athletics, both on and off the field.

“[T]hat’s what you see on game day,” he continued. “The type of people they are, they represent the community. They represent [PSU]. And that shows to the people you see showing up and watching us.”

Lund said successful athletics departments increase visibility for universities across the country, using Duke University as an example for how athletics programs can promote the overall success of a university.

“[I]f Duke didn’t have this great basketball program year in and year out, people out here on the West Coast might never have heard of Duke,” Lund said. “It’s probably a great academic institution—I’m sure that it is. But why would we know anything about Duke if it weren’t for their basketball program and the national visibility it creates?”

He continued by noting that PSU administrators appear to have noticed and prioritized the success of the athletics department as a way to increase visibility of the university. He said athletics help promote aspects that extend beyond athletics, though it is possible for universities to emphasize athletics too much.

“I think [the PSU administrators] see the value in having a successful athletic program,” Lund said. “Certainly, people always the conversation that athletics can be too prominent in universities in the United States—too much emphasis placed on athletics. I certainly can make an argument for that. I wouldn’t deny that.”

“I think probably at the level we’re at, we have a pretty good balance between academics and athletics,” he continued. “But I think the thing about the administration is, they have really seen the value in athletics when you have success because, as a program, the athletics program probably gets more media attention than the rest of the school combined in a year—more than you find in any other department. So it creates visibility. Good or bad, it creates visibility for a university.”

Though the PSU administration and community members have championed Rountree, Barnum and the athletics department for inputting positive changes, Lund said this football season’s success still came as a surprise to many.

“I don’t think anybody expected us to have this kind of a year,” Lund said. “Usually when you have this coaching transition, more often than not you can kind of expect that you might have some struggles, just all the turnover that happens from one year to the next. People weren’t really expecting us to have a very good year.”

“Especially not a winning season. We were picked pretty low in the pre-season polls,” Lund continued. “The fact that we’ve been as successful as we have has been a huge surprise to a lot of folks—probably to just about everybody except the guys over here. So, it’s really kind of revitalized our program, the interest in our program, what we’re doing. It’s been great.”

Rountree said he plans to continue the momentum from the football season into overall athletics at the university.

“We need to keep doing our job,” Rountree said. “Our job is to make sure we work hard every day on behalf of our alumni, our students and our student athletes. I guarantee you we’re not going to let up. We’re going to keep getting after it.”

He continued by commenting on the role of athletics at PSU as an urban university, and how athletics can integrate into the city of Portland.

“[It is] much more exciting than I ever thought it was going to be—being on an urban campus and having the energy of the city and having the opportunities that the city can provide you and being in [large] city,” Rountree said. “There’s just so much this university brings to the city, and I think athletics can be such a huge part of that.” 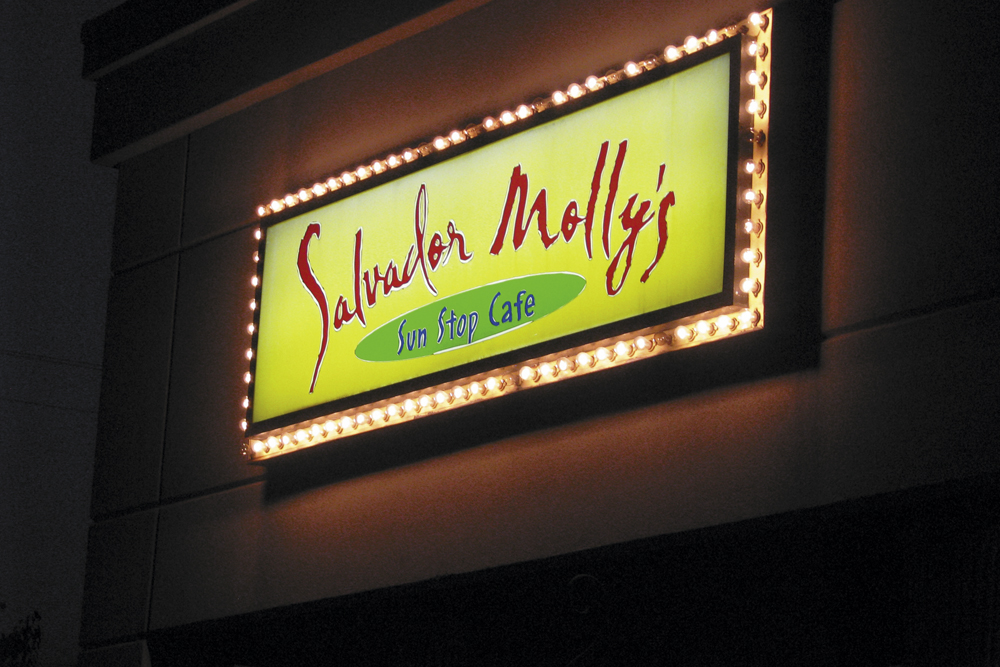 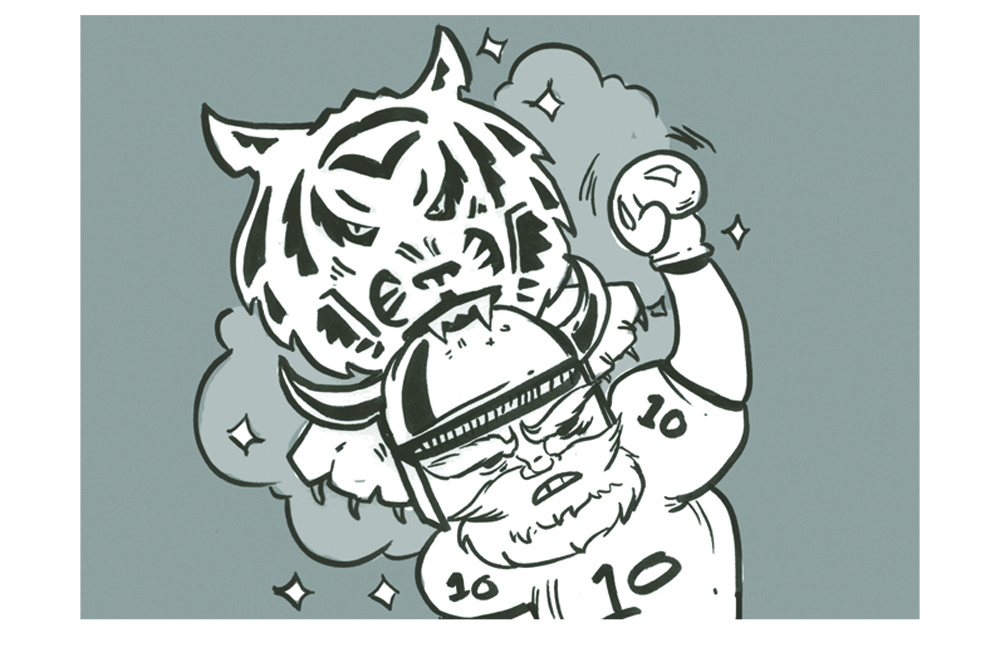 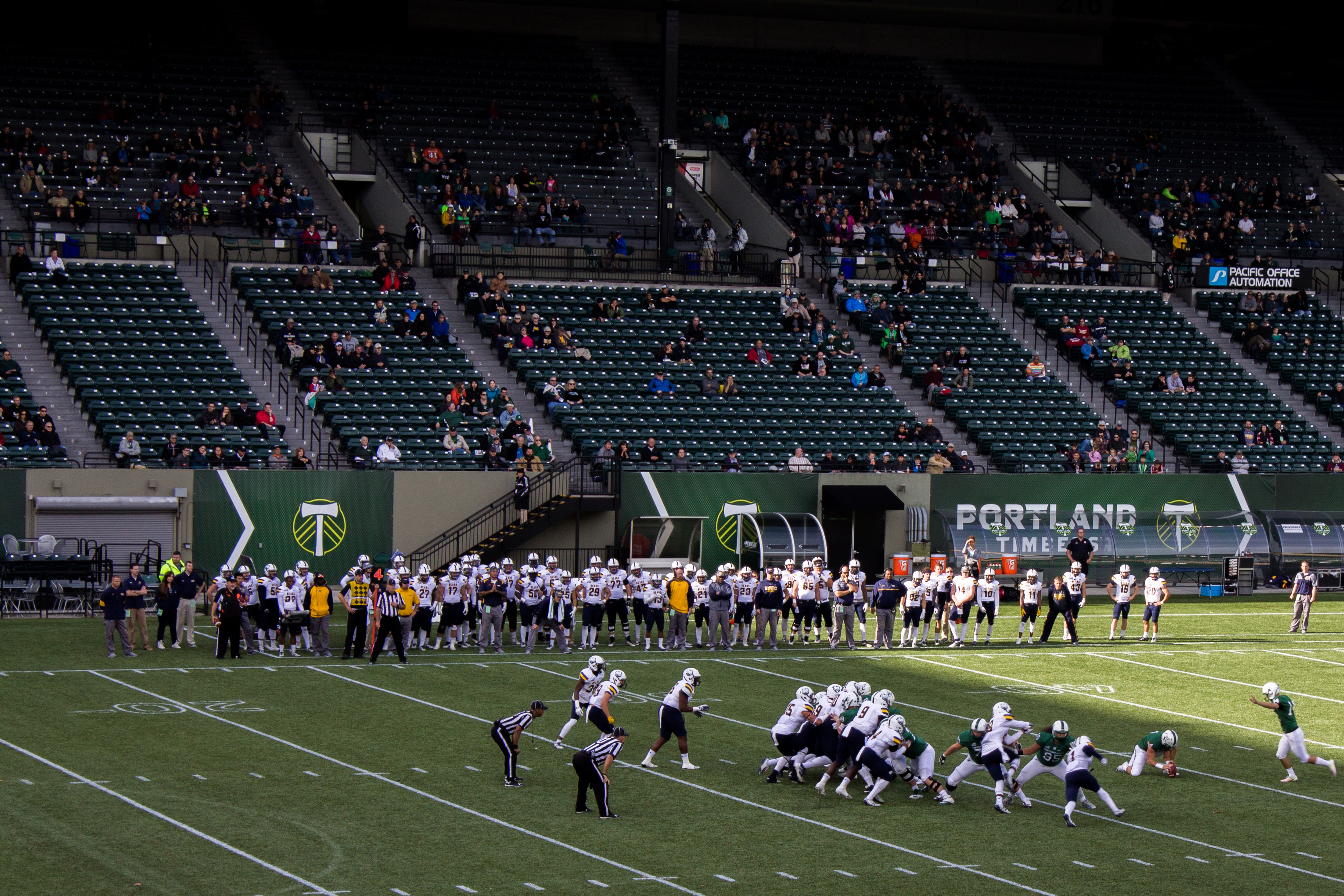