This second annual event drew a near capacity crowd to the Smith Memorial Center last Thursday. The Center of Academic Excellence and the Carnegie Conversation Series hosted a Civic Engagement Celebration to recognize members of Portland State and their working partners for outstanding efforts in community-based projects.

After a welcome from Kevin Kecskes, director of community-based learning, Provost Mary Kay Tetreault opened the ceremonies with an introduction of PSU as having a “broad perspective of education” and reiterated the school motto, “Let knowledge serve the city.” She also recognized the fact that students and faculty doing community-based learning contribute greatly to the community, but that the institution benefits as well.

Carol Turner, Mayor Vera Katz’s Education Advocate, then continued the opening remarks by giving support from the mayor for PSU to continue efforts in civic engagement, as this topic has always been one that has been “close to the mayor’s heart.” Turner also noted that “democracy is not a spectator sport” and that it takes a level of involvement including “knowledge, critical thinking and education” of which PSU was an example, “with faculty and students being involved on every level, from serving on a board to being involved in the local neighborhood association.”

The assistant director for community-based learning, Amy Spring, was then given a Special Recognition Award for Exemplary Service, before she herself did some presenting to the City of Estacada, for Excellence in Partnerships for Student Learning. Projects that resulted in the town’s collaboration with undergraduate community development students and professors resulted in downtown revitalization and the establishment of a farmer’s market in Estacada.

There were four Excellence in Faculty/Community Engagement Awards, with the first given to Lynn Fox and Susan Poulsen of the communication department, as well as their colleague Charlene Welch of the American Stroke Association. Their collaborative project resulted in the PSU Stroke Camp, a program which helps stroke survivors rehabilitate and become re-engaged in daily life, as well as contribute to research and education.

Earl Molander of the School of Business Administration and the Free Market Business Development Institute also received an award in this category, in cooperation with the Portland-Khabarovsk Sister City Association. This project received a grant from the U.S. State Department and focuses on issues of sustainable development in the Far East of Russia.

Another recipient was Brad Robertson of the Business Outreach Program of the School of Business Administration, who helped longtime Northeast Portland business Forman Signs develop new policies of accounting and human resources, while allowing Capstone students to take on a real-life consulting task.

Joan Strouse of the Graduate School of Education and Ray DeMarco of the Migrant Education Program of Roosevelt High School received the last of these awards, for their program which allowed PSU students to tutor K-12 migrant students who may require additional assistance in their studies.

After the awards and speeches were given, the recipients then gathered for a discussion about their personal reactions to the collaborations between PSU and the community, and also suggested possible future improvements that they wished to see implemented. 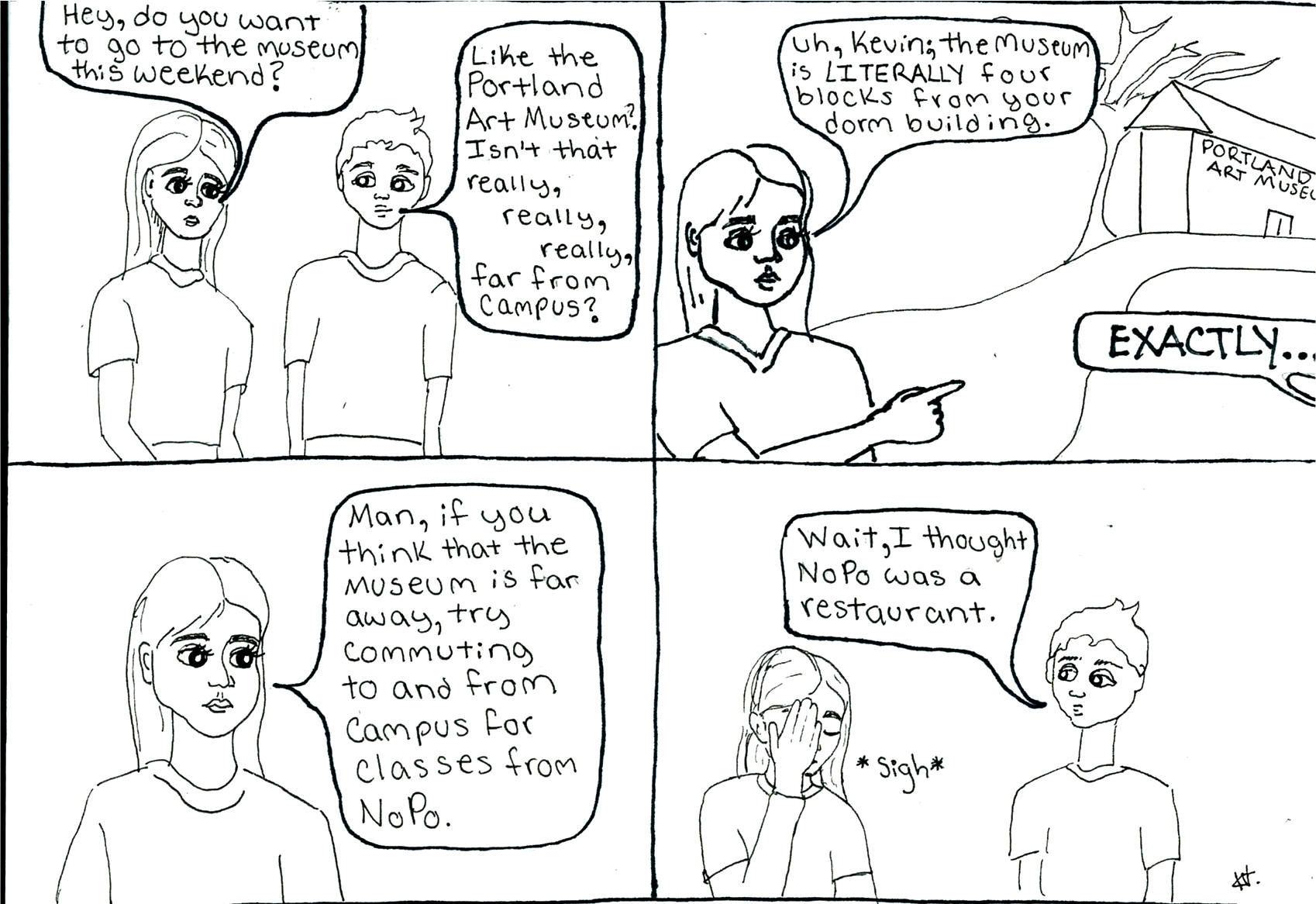