Following the 2012 presidential election, questions were asked in Republican circles about the results of the election. How was President Barack Obama elected to a second term when Republicans were positive Mitt Romney would win?

Following the 2012 presidential election, questions were asked in Republican circles about the results of the election.

How was President Barack Obama elected to a second term when Republicans were positive Mitt Romney would win?

A number of theories arose in the weeks following, but one was that harsh Republican rhetoric and policies regarding immigration had driven Hispanics to vote for Obama. Realizing that the Hispanic population is becoming a major part of the electorate, some Republican politicians have changed their tone and actions.

This Republican change of heart is what gave Oregon U.S. Rep. Kurt Schrader optimism for the future of immigration reform. Invited to speak by the City Club of Portland, Schrader lectured to a standing-room-only crowd at the Governor Hotel on Friday, and gave a bit of a history lesson to those attending.

Schrader reminded the crowd that the U.S. has seen numerous waves of immigration in its history, and with each major wave has suffered from anti-immigrant rhetoric and policy.

“History shows that the immigration policies reflected economics [and] prevailing social norms, and oftentimes the prejudices that we feel [toward] other people that just don’t happen to be like or look like us,” Schrader said.

Given the abysmal history of U.S. immigration policy, Schrader feels that reform is absolutely necessary.

“The immigration system today can be summed up as a broken system. It’s a system that doesn’t work, either for those that need immigrant labor or for those seeking employment,” de Anda said.

He went on to explain the importance of creating a federal solution to the issue of immigration reform, since the costs of immigration enforcement fall largely on the states. This is aside from the clear inefficiencies in the current immigration process. Referring to the system as “byzantine,” Schrader provided examples of constituents who had faced decades of waiting for approval of their citizenship.

Despite the congressman’s optimism about the future of immigration reform and long history of U.S. policy, he provided little detail about the specifics of what is currently being proposed in the legislation offered in the Senate. Schrader seemed to answer to this lack of detail when he stated that “we can’t let the perfect be the enemy of the necessary.”

Ultimately, de Anda provided the most universal reason for reforming immigration policies: “We cannot tolerate in a democracy…a group of legal residents who are barred from [becoming] citizens. We cannot allow this to happen.” 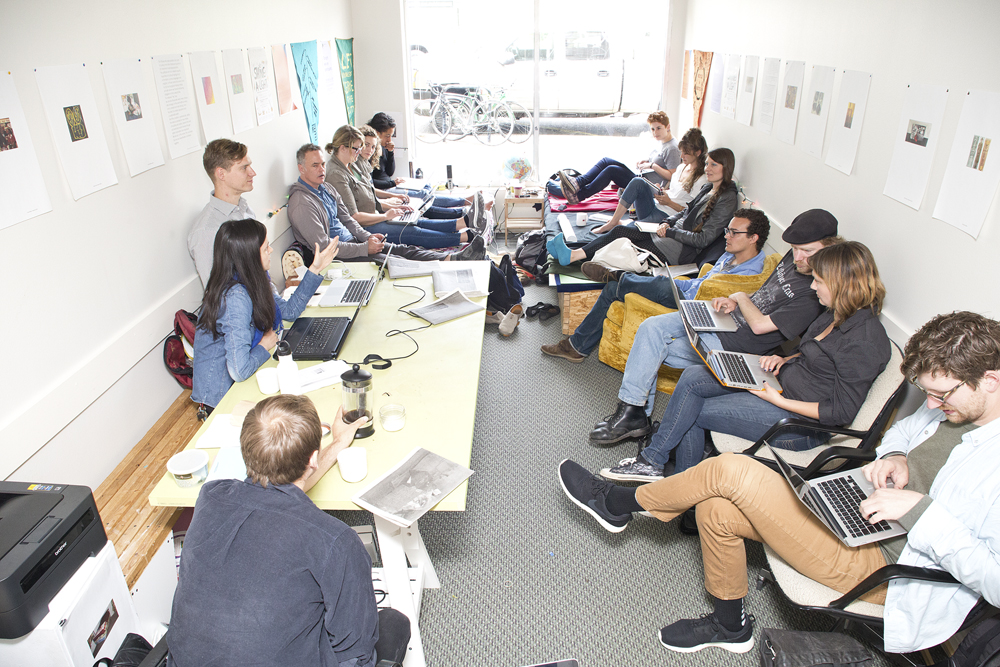