They say it ain’t over till the fat lady sings, but has shealready delivered the final refrain for PSU’s opera program?

This Friday PSU Opera Theatre’s production of Johann Strauss'”Die Fledermaus” (“The Bat”) opens in the Lincoln Performance Hall,despite the disappearance of a significant grant that has helpedthem go to the stage for the last four years.

The Miller Grant
In 1999, Ruth Dobson, director of opera theatre at PSU, attendedPSU’s production of Mozart’s “Cosi Fan Tutte” with wealthy artspatron James F. Miller. Miller was so taken with the productionthat he offered Dobson a grant for the following year. 2000 markedthe beginning of a four-year streak of Miller Grants for the awardwinning but financially struggling PSU opera theatre. One mightwonder what happened to the grant this year.

“That part’s scandalous, in my opinion,” exclaimed Dobson.Normally the Fine and Performing Arts (FPA) office applies forgrants in October. Dobson was disturbed by the grant’sdisappearance this year, and she was more disturbed when she foundout that the application had not gone out until Feb. 19, at leastfour months later than usual.

The way it stands now, it must rely mostly on private donors, aresource which the dean’s office is supposed to tap by courtinginterested parties and then distributing money to the school groupsthat need it.

Money Problems
Keith Clark, director of orchestral studies and musical directorand conductor of the orchestra for “Die Fledermaus,” emphaticallystated that there will be a 2005 PSU opera theatre production, butDobson was more skeptical. Will the show go on? That is a questionfor the dean’s office fund-finders, she said.

“Die Fledermaus” is a $70,000 production. This figure may looksimpressive to a layperson, but it is modest compared to the budgetsof other operas. Last fall, contracts were signed with setdesigners, the famous stage director Tito Capobianco, a technicalcrew and other involved parties.

While operas at PSU normally make about $25,000 in ticket sales,in the past they have also received as much as $36,000 from theMiller Grant. Dobson expressed concern that it will be difficult tofulfill the already existing contracts without this year’s MillerGrant.

“Without him, Pavarotti would be selling pizza,” Clark claims.Other recommendations for this show include the PSU opera theatre’stwo first-place awards from the National Opera Association, won in2000 and 2003.

The Performance
On Wednesday, there was a preview of “Die Fledermaus” which wasfree for students. The program said, “This free preview for PSUStudents is our ‘thank you’ to the student body for its Student FeeCommittee support over the past 15 years.” With the loss of theMiller Grant, the opera will need the SFC’s continued support.

For all its rewards, however, this show was difficult to takein. While the orchestra caused frequent rapture, and the humoroustwists and turns of the story intrigued, the show’s prim and propermannerisms, vaudevillian antics and operatically-paced plot triedmy patience.

At the beginning of the third act, a drunken janitor (the show’smost energetically portrayed character) said that “singing shouldbe illegal,” and I must admit that at the time I sympathized withhim. “When’s the fat lady gonna sing so I can get out of here?” wasmy thought.

While at the beginning of Act One, I had loved singing, by theend of Act Two I’d had enough of it. For me, three hours of opera,even really good opera with two intermissions, is quite an earful.But if you’re looking for fancy dresses and chandeliers, and youwant to support a student production struggling to persevere, thisshow is a good opportunity. 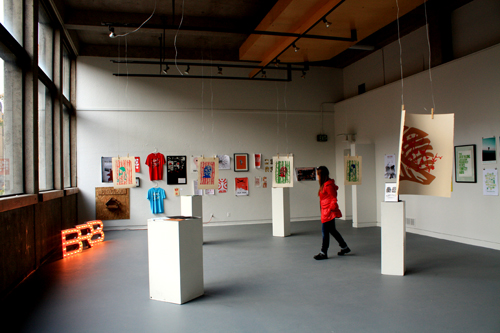 Two shows in one

Portland State has jokes on jokes