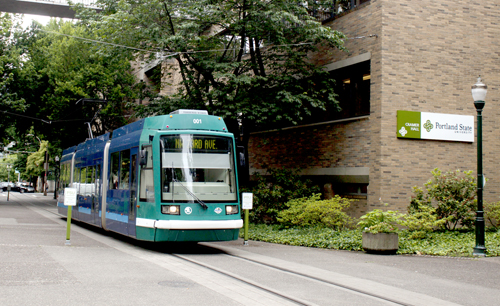 This fall, riding the streetcar will be as easy as showing your student ID.

Portland State will soon become a sponsor of Portland Streetcar, signing a five-year contract that will include ridership benefits for all students, staff and faculty.

This fall, riding the streetcar will be as easy as showing your student ID.

Portland State will soon become a sponsor of Portland Streetcar, signing a five-year contract that will include ridership benefits for all students, staff and faculty.

The free passes are scheduled to be implemented on Sept. 1, coinciding with TriMet and Portland Streetcar’s elimination of the free rail zone. After the shift, all students and staff will be able to board the streetcar and use student or employee photo identification cards as a valid fare.

“This arrangement with Portland Streetcar will help retain a portion of those services in the wake of the free rail zone being discontinued by TriMet and provide PSU students and staff with a free, sustainable way to travel within the streetcar service area,” he said.

PSU will pay for three years of a five-year contract with the Portland Streetcar sponsorship program up front in a lump sum of approximately $180,000, paid for by PSU Finance and Administration. As a first-time sponsor, PSU will join other large entities such as Oregon Health and Science University, Legacy Hospital, Powell’s Books and Portland General Electric in exchanging sponsorship for advertising on the sides of cars and specific stops.

The PSU logo will appear on the side of one car, as well as inside, and on one stop on campus. An audio recording acknowledging PSU as a sponsor will play at least once per route. Ridership benefits are included for sponsors who choose to use them for their employees and students, which has been the case with sponsors such as OHSU for the past five years.

“That’s been the whole motivation behind these programs over the years. And it makes total sense because OHSU, PSU and Legacy are all parking starved. None of these institutions want to build parking structures. They’d rather devote their resources to housing and classrooms rather than parking structures,” Dannen said.

OHSU Director of Campus Planning Brian Newman offered a similar reasoning in an email to the Vanguard.

“The main goal is to provide OHSU employees and students with another means to conveniently access OHSU facilities and campuses without driving their cars. We have very limited parking on Marquam Hill and rely heavily on alternative means (transit, bicycling, walking) for employee and student access. Also, as we develop more buildings on the OHSU Schnitzer Campus, the streetcar will play a critical role connecting the new campus to the Portland Aerial Tram and, by extension, Marquam Hill.

“PSU was interested in our experience and the success we’d had, and we were happy to work with them to coordinate the terms of our respective contracts with Portland Streetcar,” Newman added.

Greater access to the streetcar for both PSU and OHSU will become an even more valuable asset as development continues on the OHSU Schnitzer Campus and around the south waterfront area. New buildings will include the Collaborative Life Sciences Building—scheduled for completion in 2014—a collaboration between PSU and OHSU housing classrooms and research space for both universities. Parking is expected to be limited around CLSB, making the streetcar the most efficient way to get there from PSU’s main campus.

The future TriMet Bridge will complete the streetcar loop, connecting the Eastside directly to the West Streetcar line running adjacent to the Schnitzer Campus, and the Portland Aerial Tram to Marquam Hill and OHSU. Although the new TriMet Bridge will not be open until 2015, Portland Streetcar has declared Sept. 22 as the opening day of the Eastside Streetcar loop, which will cross the Willamette River via the Broadway Bridge. With free fare for PSU students and staff, this will offer a new alternative for getting to campus from the east side of the river as TriMet fares rise.

However, Stude acknowledged that, though greater access to campus by streetcar offers a free ride with the rider benefits, for now there is still no tangible evidence that this will reduce need for parking or traffic congestion around campus.

“I don’t anticipate that this will have a large impact on those factors, based on our current survey data that shows approximately two percent of PSU students and employees use the streetcar to commute,” Stude added. “While we anticipate that free access to the Portland Streetcar will result in more students using it for transportation to and from campus, it’s hard to say how much growth will occur. The opening of the Eastside line is beneficial for connectivity; however, TriMet bus and light rail routes will be still be a faster way to commute from across the river.” 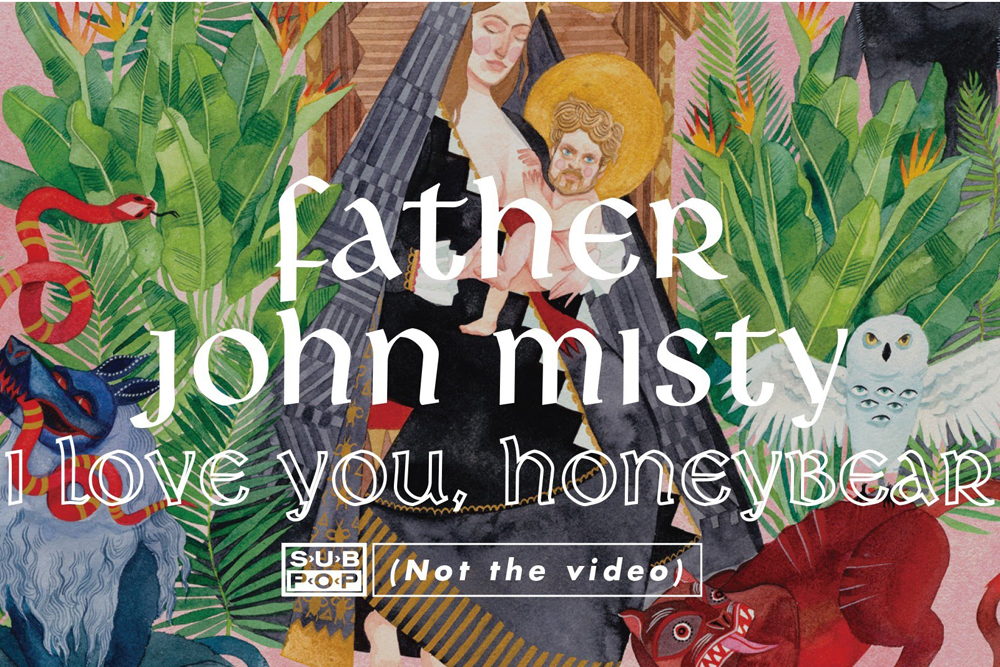