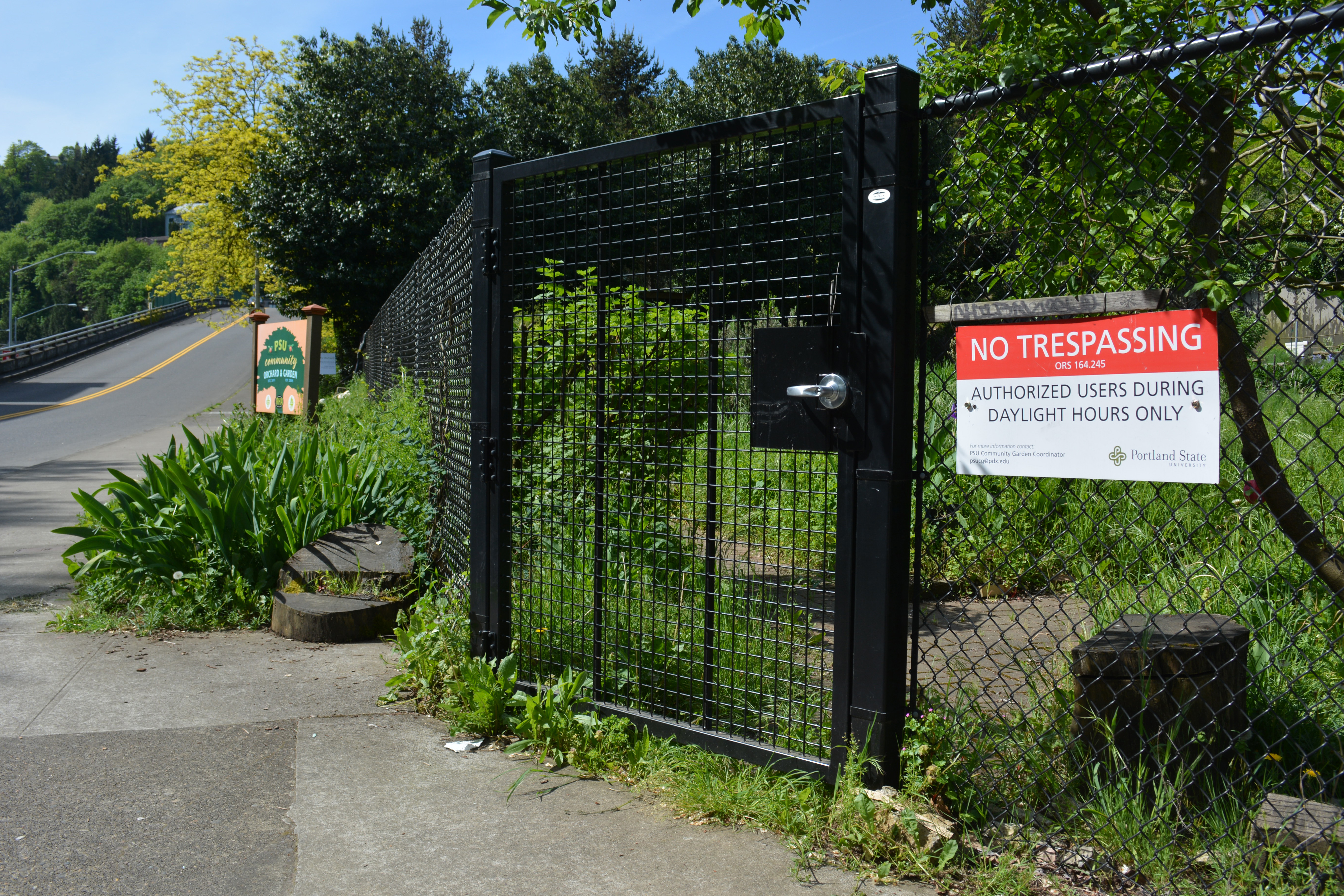 Due to Portland State’s community garden closure this year, student residents who applied for garden plots for the 2015–16 school year have yet to get their hands dirty, and may not get the chance to.

The garden, located on Southwest 12th Avenue behind Stephen Epler Hall, is still advertised on the PSU website as a space for student residents to garden. This academic year, residents have had no such opportunity.

The PSU website states: “As of Fall Term 2015, the Residence Hall Assocation Community Garden is going to refrain from renewing garden plot applications while we work on revamping the space.”

Claire Jeffcock, a PSU sophomore, was the garden’s final coordinator during Spring 2015.

“I found out about it around freshman year, and it was immediately my favorite thing on campus,” Jeffcock said. “I was starting to get people in there. I had so many new applicants.”

When personal tragedy struck, Jeffcock was unable to maintain the GPA necessary to keep her position. After she was let go, the community garden coordinator position was never refilled and the space closed this school year.

Before its closure, the garden had 40 plots available to residents, whose housing bills helped to fund the area. RHA Advocacy Initiatives Coordinator Caitlyn Malik is unsure whether housing costs students pay are still going toward funding the now-defunct space.

“There were some frustrations expressed when the community garden was up and running because you had to be a resident to use it,” said Audrey Rycewicz, community garden coordinator at the Student Sustainability Center. “They have that rule because it’s funded by RHA.”

According to an article published by the Vanguard in 2013, the garden was at one time open to all PSU students.

“We felt that we really wanted to relook at how the garden was operating and reassess to figure out what we could do to allow more people to use it,” Malik said. “We felt that since we have 2,000 students on campus that are paying for this space, we wanted to create a space that could serve all residents, really.”

The garden space is in close proximity to Interstate 405, which has made it historically prone to trespassing.

“Over the summer, we experienced some security concerns with people going into the garden that shouldn’t have access,” Malik said. “We wanted to reassess what security measures were in place at the garden before we just sort of allowed people to go in there.”

Summer overgrowth also contributed to the closure, according to Malik.

Similarly, the community orchard run by the SSC, which is just south of the community garden, has also dealt with security concerns. The space contains over 35 fruit-bearing trees and shrubs, and is maintained in part by PSU’s Environmental Club as well as the Gardening Task Force coordinated by Rycewicz.

According to Rycewicz, the SSC is currently working on getting a floodlight and “no trespassing” signs for the area.

“We haven’t had any signs of unauthorized people coming into the space for awhile now,” Rycewicz said.

In addition to the community orchard, PSU has several green spaces—areas of vegetation set aside specifically for aesthetic and recreational purpose—and gardens are open to all students.

“It’s a cool place,” Rycewicz said. “The Willamette Valley used to be entirely oak Savannah, and those were managed by native people. Native people burned them every one to five years, and so they’re very culturally important to the first people of the land here. It’s ecologically significant because it’s such an endangered ecosystem now because so many species depend on it.”

According to Rycewicz, the space—one of the largest on campus—is in the process of most likely becoming a long-term green space. She also noted that part of the green area surrounding the oak Savannah is currently fenced off and expected to house construction equipment for the next few years.

Malik pointed out that the current community garden serves only a limited portion of residents interested in participating.

“Whether or not we keep a community garden aspect, it’ll be a space that will serve a lot more residents than before,” Malik said.

During winter term, Malik and the RHA conducted a poll regarding the green space with plot holders and interested residents about the future of the space. Data was collected between Jan. 19 and Feb. 2. Additionally, the RHA held open forums to learn the opinions of plot holders. According to Malik, feedback from over 100 residents has been collected.

“We have a couple different options we’re considering,” Malik said. “There was talk of continuing a portion of a community garden; there might be more of an open space, or it might be a mix. It’s still in the works, but we’re definitely considering all of the things on the poll.”

As garden coordinator, Rycewicz said the RHA has received 20 new applicants for the task force this term and cannot accept any more volunteers.

“Almost everyday, I get emails from students who just want to garden,” Rycewicz said. “I can’t always help all of them, and that really sucks because I feel like students have the right to have a meaningful interaction with green space and there’s very few people who are facilitating that on campus. That gets me frustrated, because I want to be able to get that for every student who asks me.” 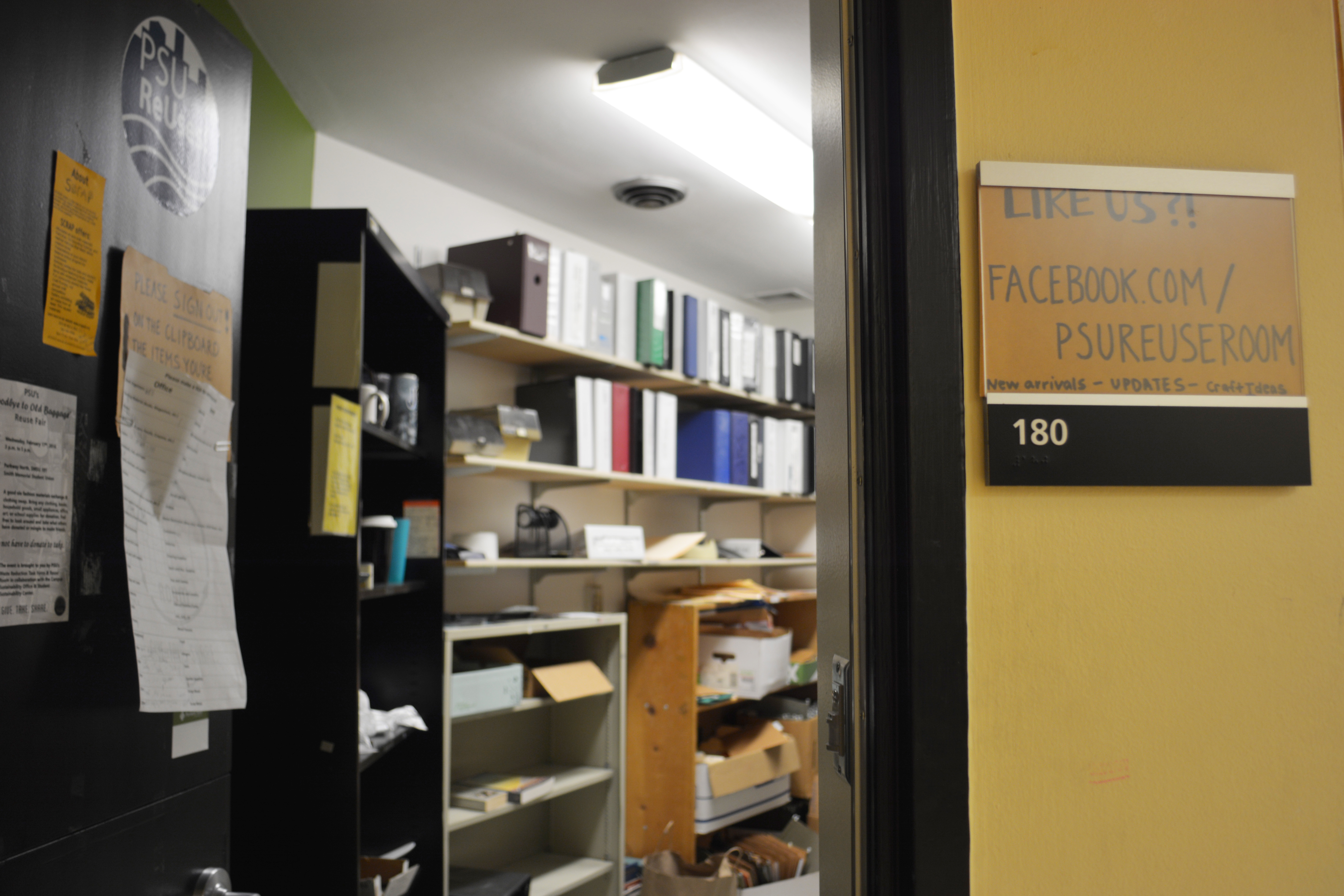 Online exclusive: We’ve been found out