Halloween, Yeah! It’s getting closer. I can feel it. I can smell it; do you smell it? Cuz I smell it! This is a particularly exciting time for me because my birthday comes the day before – Oct. 30.So, presents one day – candy the next! Yeah!

Besides being nicknamed “Punkin Poo,” a direct reference to the fact of my birthday falling one day before Halloween, this time of the year also means that I have to come up with some way of scaring the little kids around my neighborhood.

My adventures into the world of making kids piss their pants because they are so scared, have become nothing short of legendary around my neighborhood. I am able to drive around and get stopped by people around the neighborhood wondering what I am doing for Halloween this year. I always cleverly remark, “Um … oh, I don’t kno – BOO!!” After they stare at me for awhile, I then explain that the “boo” was the scary attempt for that year (cue door creaking open.)

People still insist on “going over to the Boggs’ house for an amazing time at an amazing place” (I added a bit of extra ego-praise in there for myself).

But last year held up a disappointment. I was unable to perform my “zestfully, uninhibited show of outstanding feats in horror” (Again … ego-praise). I did not do it last year because I was lazy. I didn’t prepare anything, so I sat at home, listened to music and watched a little storm develop out in the distance.

I turned every light off in the house so that people would know to leave me alone, yet the doorbell rang every two minutes, which wasn’t so bad, except that it went on till one in the morning. I ignored most of the people, but two kids got particularly mad when I didn’t show and threw candy at my bedroom window. I, in turn, threw frozen water balloons at them. They didn’t come back (cue zombie saying, “brains”.)

I’m waiting this year for the kids wearing Osama Bin Laden masks so that I can put on my George W. Bush mask and we can get into a really cool fistfight.

So, this brings me up to this year. I wanna do something this time, I don’t feel lazy, so I think I’m going to do something. I just don’t know what yet. I don’t want to go back to my old material, but maybe I should since a whole new generation of children will be coming on through. Plus, a family moved in next door and they have about 74 children (cue witch cackling.)

So as that famous saying says, “Go with what you know.” Or maybe a better phrase would be, “If it ain’t broke, don’t fix it.” So, since I’ve had great success with my past Halloweens, I think I will keep the tradition going. I just want the memories to continue.

I can still remember the time when a child was too scared to see if the “thing under the cape,” which was me, was real or not, and his Dad, trying to impress his girlfriend, went right over to me and was going to prove that I was fake. When he was about to touch me, I jumped up and screamed. He fell over – and wet his pants.

These are the memories that I want to continue in my neighborhood. So come on by, there will be plenty of peanut butter cups for everyon-BOO!

Did it work yet? Damn.

A ‘geek’ for politics 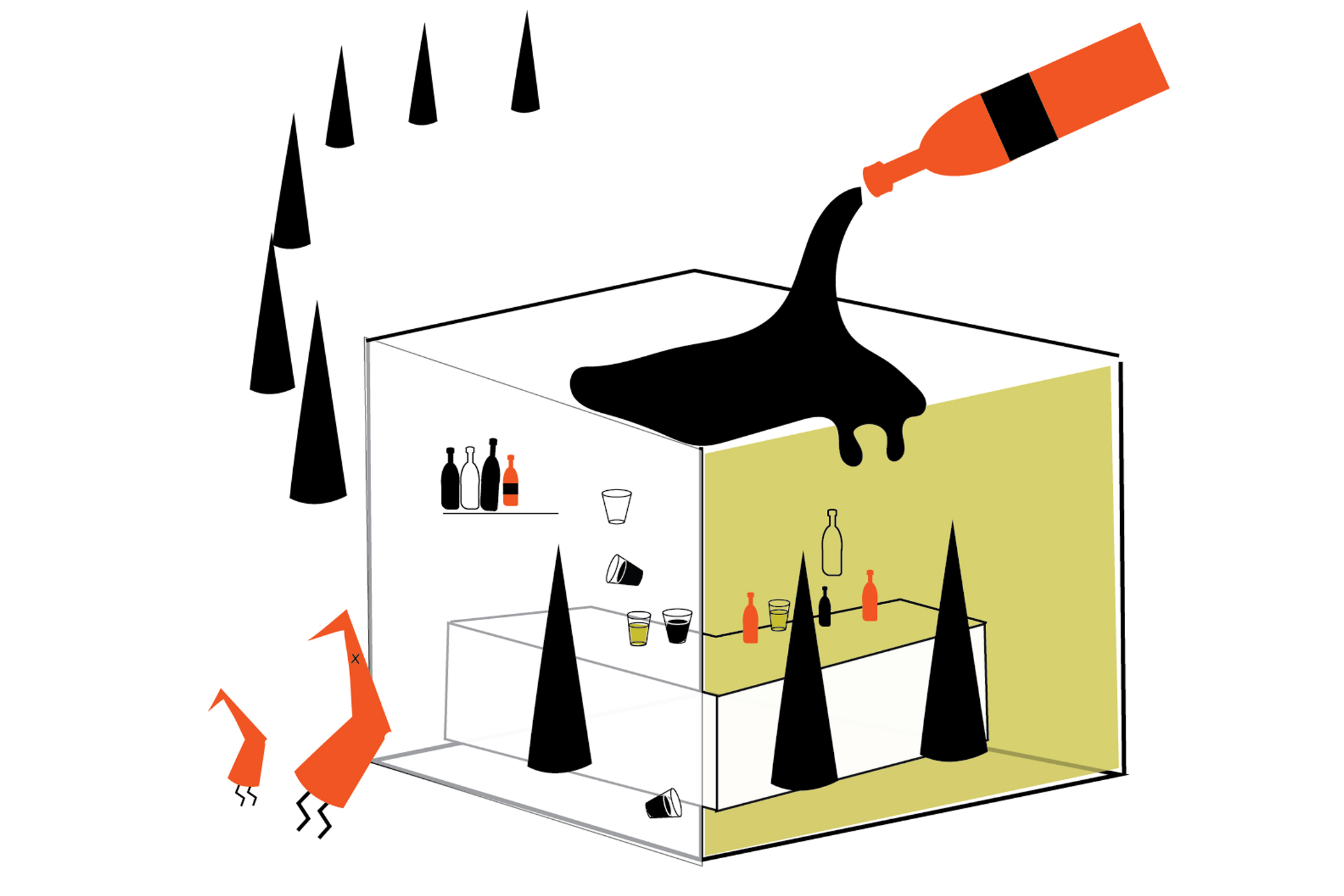