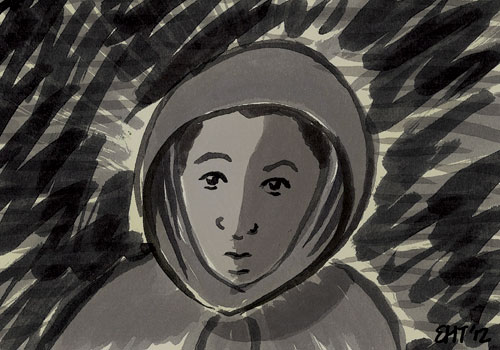 On Trayvon Martin, and why stand your ground laws should be repealed

The tragic shooting of Trayvon Martin last month has brought a lot of scrutiny to stand your ground laws in the U.S. But while the facts of this specific incident remain shrouded in uncertainty, the escalating need to repeal these laws becomes ever clearer.

On Trayvon Martin, and why stand your ground laws should be repealed

The tragic shooting of Trayvon Martin last month has brought a lot of scrutiny to stand your ground laws in the U.S. But while the facts of this specific incident remain shrouded in uncertainty, the escalating need to repeal these laws becomes ever clearer.

It has been reported that George Zimmerman, a 28-year-old, self-appointed neighborhood watch enforcer, followed 17-year-old Trayvon Martin on the grounds that he looked suspicious.

Martin was wearing a hoodie and carrying a bag of Skittles and an iced tea from a 7-Eleven close by, when Zimmerman began following Martin on foot.

Zimmerman made a call to 911 to report Martin and was told not to pursue by the operator. Zimmerman’s account states that he continued to follow Martin and that a confrontation ensued wherein Martin punched Zimmerman in the face, sending him to the ground.

Zimmerman claims that Martin then began smashing his head on the sidewalk and that it was at this point that he shot Martin in the chest.

Recent evidence surrounding the case has cast doubt on Zimmerman’s narration of events, such as the surveillance video of Zimmerman in handcuffs after the incident. In it, Zimmerman does not appear to have suffered the extensive injuries it was reported he did. The analysis of the screams in the 911 call have also brought Zimmerman’s account into question, as professionals have suggested the screams may really have been coming from Martin.

And of course, there’s the dismissal of Timothy Smith’s report, the first responding officer at the scene, who didn’t buy Zimmerman’s account, and the witness who claims to have been dissuaded from providing testimony.

Combining these factors with the shoddy police work of the Sanford, Fla., Police Department make the outlook for any kind of resolution pretty bleak.

Isn’t collecting the weapon and clothing of the assailant something policemen learn to do in Investigating 101? Aren’t the police supposed to contact the parents of the deceased when they have his wallet on hand, instead of letting him sit in a morgue for three days as “John Doe”? My closest experience with investigating a murder comes from watching CSI: Miami, but even I know this stuff.

Needless to say, there are a lot of factors in this case that complicate our understanding of the events that led to Martin’s death, which is partially why there has been such a public outcry. But the assertion that Martin was racially profiled has been the root cause of protests across the country, and of Barack Obama’s heartfelt statement: “If I had a son, he’d look like Trayvon.”

There is definite legitimacy to this argument—had the roles of Zimmerman and Martin been reversed, it seems more than likely an arrest would have been made by now.

But we cannot justifiably rely on any of these factors. It is a fair leap to assume Zimmerman’s guilt—it’s more difficult to remember that our justice system maintains one’s innocence until they are proven guilty.

And that’s precisely the problem with stand your grounds laws—they supercede the justice system.

The person who argues that they use these laws as self-defense becomes both the aggressor and the victim, as does the deceased. But whose voice is heard when the supposed assailant is dead? That side of the encounter can obviously not be heard from six feet under, and it becomes Zimmerman’s word against Martin’s—a difficult case to prove either way.

Stand your ground laws have a long history in the United States, and many states have some version of them in use today.

Here’s the gist: If someone attacks you and you feel reasonably certain that they aim to kill, maim or rob you, you do not have to retreat and you can even inflict death upon them.

This used to apply to one’s private property only, but since the Florida law’s newfangled inception in 2005, stand your ground laws have been used everywhere to get people off for murder.

The Tampa Bay Times reported that “justifiable homicides tripled after the law went into effect,” from instances of break-ins that comply with the intent of the law, to gang shoot-outs in bars which certainly do not.

While this “shoot first, ask questions later” mentality may not have been what the law was intended for, this is how it’s being used.

Florida’s statute says that a person who uses deadly force “is justified in using such force and is immune from criminal prosecution and civil action for the use of such force…the term ‘criminal prosecution’ includes arresting, detaining in custody, and charging or prosecuting the defendant.”

The police cannot do any of these things unless there is probable cause that the force used was unlawful, but there are numerous instances where that interpretation has been wrong, including the Martin case. Not only was Officer Timothy Smith’s questioning of Zimmerman’s story ignored, but all of the conflicting evidence has been overlooked and still has not led to the arrest of Zimmerman.

And the worst part is that the laws are completely unnecessary, since every state has a self-defense statute anyway. If a life is taken in the name of self-defense, evidence will portray that in a courtroom. But if the defendant is never tried, how can justice be confirmed?

The very fact that Zimmerman could pursue and kill an unarmed Martin and use the Florida Stand Your Ground law as a defense against arrest shows how inappropriately this law can be used and why it should be repealed.

The law shouldn’t even be applicable to Zimmerman because he was the pursuer in this tragedy, not Martin. If that’s not probable cause, I don’t know what is.

The tears of Vera Drake