The Portland State women’s tennis team kicked off its 2012 season with a 7-0 loss against Washington State, a 4-3 win against Lewis-Clark State College and a 7-0 loss to Idaho last weekend in Pullman, Wash.

The Portland State women’s tennis team kicked off its 2012 season with a 7-0 loss against Washington State, a 4-3 win against Lewis-Clark State College and a 7-0 loss to Idaho last weekend in Pullman, Wash.

This was the first time that the Vikings took to the court since participating in the Bulldog Classic tournament in November. The team has four players returning from last season, four freshmen and a new assistant coach.

“I think that we certainly got what we wanted out of the weekend—that is, additional experience and match play for our young team going into our conference season,” team head coach Jay Sterling said. “We competed well. Our players implemented the strategies we wanted to. It was a good weekend.”

The Vikings started off with a game against Pac-12 opponents Washington State on Friday. The Vikings proved to be no match for the home team, as Portland State lost all three doubles and six singles games, thereby losing the contest 7-0.

Portland State lost all its singles matches in straight sets and were unable to win more than two games in a single set. In doubles competition, senior and team captain Marti Pellicano and freshman Megan Govi lost their game with an 8-3 scoreline.

“The overall score doesn’t represent the matches that we played today,” Sterling said in a statement. “We had a lot of close games that came down to execution on some final points, which is encouraging for us moving into the rest of the weekend.”

Portland State had better luck in their second match against Lewis-Clark State. The Vikings won their first two doubles matches 8-2 and 8-6. Although they lost the third doubles duel 8-5, they earned the doubles point.

Senior and team captain Marti Perlicano came back from a set down to win her game against Dorothy Chong 1-6, 7-5, 6-3. With this result, the Vikings improved to 1-1 overall in the season.

In the third and final game of the road trip, Portland State took on Idaho. However, before the game, the team was plagued by injuries to key players. As a result, the Vikings could only field five players.

“We try to worry about the things that we can’t control,” Sterling said. “We had a couple of unexpected injuries that occurred. Fortunately our girls will be back on the court sooner rather than later.”

Portland State succumbed 7-0 to the Vandals after forfeiting a doubles and a singles match.

“A point here or there and things could have been different,” Sterling said. “That being said, we got a lot of experience out there on the courts today, which will help us as we get closer to the conference season.”

The Vikings play Oregon in Eugene next weekend and kick off conference proceedings at home the following week. 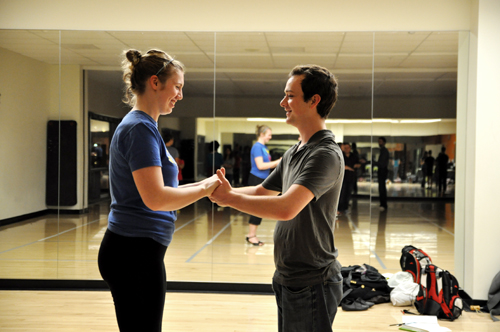