Aside from the dominating presence of center Dwight Howard down low, the Magic hang their hats on their ability to knock down the three-pointer. With depth rivaling that of Los Angeles, Orlando is adept at coming from behind to erase leads in a matter of minutes.

It’s June, and most of the Portland State athletic teams are either done with their seasons or ramping them down. So where can you rabid sports fans turn for some much needed excitement?

Well, if you’ve recovered enough from the Trail Blazers’ first-round exit, you can tune into what promises to be an interesting NBA Finals matchup between the Los Angeles Lakers and the Orlando Magic.

Like any good showdown, this series features a favorite (Lakers) and an underdog (Magic).

Los Angeles enjoys this status because of a stellar regular season in which they rolled through the formidable Western Conference to a 65-17 record.

Highlighted by superstar Kobe Bryant, the Lakers’ roster is deeper than it has been since their last championship in 2002, thanks to the acquisition of Spanish big man Pau Gasol. Whether you love or hate this duo, there is no denying their potency, as combined they’ve averaged 47.8 points per game this postseason.

But don’t expect the Magic to be intimidated. In fact, Orlando has dispatched one behemoth after another in these playoffs, starting with the defending champion Boston Celtics in the semifinals and moving to the regular season-best Cleveland Cavaliers in the conference championships.

Aside from the dominating presence of center Dwight Howard down low, the Magic hang their hats on their ability to knock down the three-pointer. With depth rivaling that of Los Angeles, Orlando is adept at coming from behind to erase leads in a matter of minutes.

Small forward Rashard Lewis is the Magic’s secondary offensive weapon, deadly from pretty much anywhere on the court and long enough to create matchup problems for any defense in the league.

There will be no shortage of entertainment in this series, with Olympic teammates Howard and Bryant poised to showcase their talents on the game’s biggest stage. But when it comes down to it, the series will be decided by the supporting cast of either team.

The X-factor for Los Angeles will be the play of power forward Lamar Odom, the NBA’s equivalent of Dr. Jekyll and Mr. Hyde. Blessed with uncanny ability, Odom has struggled in the past to perform well on a consistent basis. Simply put, when Odom is on, the Lakers are a very difficult team to beat.

The Magic’s ace-in-the-hole is Hedo Turkoglu, an offensive assassin who can beat you off the dribble or from downtown. Averaging better than 15 points per game this offseason, Turkoglu’s specialty is nailing those last-second game-winning shots (if you don’t believe me, go watch the tape of Orlando vs. Portland on Dec. 9).

If you find it hard to root for either of these teams (and believe me, you’re not alone), you can at least look forward to some good basketball, as both teams have the ability to beat the other on any given night.

The series tips off this Thursday evening at 6 p.m. 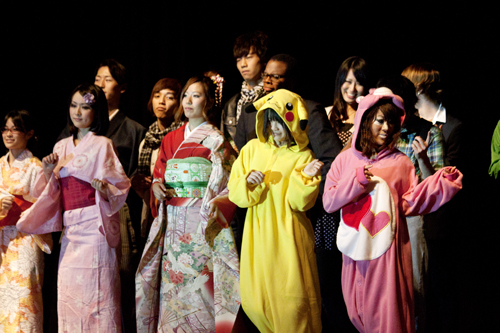 Night of the rising sun