In today’s headache-inducing popular music scene it would seem there’s no place for an aging, alienated goth like Nine Inch Nails’ Trent Reznor.

But this year saw Reznor explode back onto the airwaves with a new album, With Teeth, landing him onto magazine covers everywhere, looking hipper than ever before. Gone were the short shorts, stringy hair, and fishnet shirts, replaced by tight fitting and stylish glad rags and a hair do that would make him look at home at an Alkaline Trio concert. It seemed like the record heralded a new image.

As a fan of Nine Inch Nails since high school I had always counted on them to never become the “in-thing-du-jour.” But even Pitchfork, a pretty good barometer of what music hipsters are currently digging, liked the album. And the day that hipsters like Nine Inch Nails is the day that Reznor must have changed his formula.

With Teeth shows a significant shift towards the eighties sound that seems to be popular right now. The ripsaw guitars that showed up on the widely lambasted (but excellent) Fragile are replaced by Depeche Mode-like synths and trip-hop beats. Reznor ventured away from his usual musical territory by venturing into vocal falsetto and using a tambourine on the record. That’s about as un-Nine Inch Nails as you can get. Am I over-reacting because I feel like my precious teen-age favorite group has been co-opted by the trendy and lame forces in music today that I really hate? Probably. But not enough to miss their Saturday show at the Rose Garden.

From the very beginning, I had mixed feelings about this concert. Not only was I slightly confused by the band’s new direction, but also the direction to the Rose Garden. Being neither an arena-rock nor a Blazers fan, I had never been there. And I didn’t know if I even wanted to see what kind of thing Nine Inch Nails was doing these days. But it turns out that it seems like Trent Reznor is doing pretty much the same thing, although his fanbase seems to have switched from goths to, well, a bunch of dorks. After a lengthy period of time standing around and listening to a bunch of people that looked like they lived in Gresham, the show finally got on the road with Autolux. They created interesting sound textures with drums, bass, and a guitar with about 50 pedals. That’s about all they did, but they did a nice job of introducing the next 45-minute wait for Queens of the Stone Age.

Headliners in their own right, Josh Homme and company, with the addition of a new bass player, wasted no time. They immediately dished up their minimalist grooves, showing off their guitar chops with multiple instrument tradeoffs. A relentless three quarters of an hour followed, with one Queens hit after another, whipping the attendees into frenzy. At one point, a Nine Inch Nails fan heckled the band, urging them to get off the stage so the headliners could play their set. Homme would have none of that, retorting that the heckler had “a penis so small he pees on his own testicles” and ought to “shove a hot dog up his ass.” Much hilarity and cheering ensued, and Homme played the last number interspersed with many flip-offs to his attacker. By this time, the arena was seething with excitement, which I imagine is why people attend these arena-rock concerts, although the marijuana being used by the crowd probably had something to do with that, too.

A silver curtain obscured the stage at the beginning of Nine Inch Nails’ act, flashing lights revealing Trent Reznor writhing in clouds of smoke. The band opened strong with old-time favorites like “Wish,” “Terrible Lie,” and “Closer.” Reznor came out wearing leather pants and a weird vest, a relief after all the magazine covers showed him dressed like an “emo” musician.

The band was together, powerful, had a great light show, and prompted many sing-alongs. The requisite slow songs, several from the new record, were played with the silver curtain back in front of the group. The images of stuff decaying in time lapse, insects crawling at increased speed, and baboons attacking their prey in slow motion, were projected onto the curtain. There were images of Bush and war as well, which kind of seemed like an attempt by Reznor to jump on the anti-Bush bandwagon. He never seemed to care about politics before.

He sang the older songs with a lot more feeling than with the new. The classic hits were the high points, and by the time the show was over enough of them had been played to reassure any doubters that the group is still what it has always been. 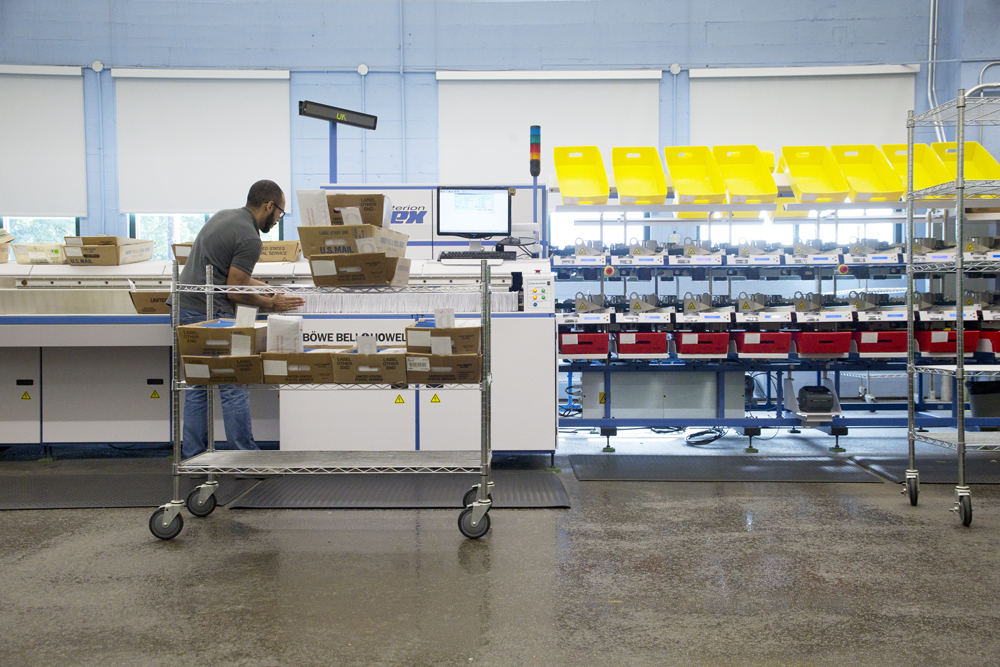