Portland State volleyball will have an opportunity to improve on its dismal performance so far this season when they return to the Stott Center to take on city river city rival University of Portland on October 21.

The match against Portland is one of the Viking’s two non-Big Sky games left this season and may provide an opportunity for the Viks to find the team chemistry that Coach Jeff Mozzochi has called elusive.

After posting a promising 9-3 record in preseason play, the Vikings have now dropped five straight conference matches as part of a 0-6 skid, the two most recent of these losses occurring this last weekend.

The Viks hosted the undefeated Sacramento State Hornets last Friday in the Stott Center, and as you might have guessed, at the end of the night the Hornets walked away undefeated still.

The Viks knew going into Friday’s home-opener that life in the Big Sky this season is tough, and that reality was made painfully apparent through four dog-fight games against Sac State. The Hornets took the first game 30-26, but ran into trouble in the second game when the Viks came on offensively and won 30-22.

Despite the Hornets best efforts to contain Richell Wilson, at the break between games two and three she led the Vikings with eight kills and defensive digs. Niki Lambert had seven kills for the Viks at the end of two games, and Stephanie Lavigne led the team with 10 digs and 21 assists.

But the momentum didn’t last long. Portland state led the Hornets 10-8 at one point during the third game, bringing hope to the 361 fans in attendance that the team had found its rhythm. But a few volleys later, Coach Mozzochi called a time out with PSU trailing the Hornets.

“We were up 10-8 in game three and I end up calling a timeout at 11-19,” Mozzochi said after the loss. “It’s all the little things. It wasn’t one thing. We were making errors during that run in every area. And we ended up losing that game by three, and we gave them at least 8 points on our silly errors. It’s a sign of a team that is still trying to find itself.”

Even though the Vikings lost the game, the team showed signs of improvement. They tallied five less errors than Sac State, an area that has plagued the Vikings this season. Richell Wilson and Sarah Leenders both had double-doubles, 18 and 13 kills and 13 and 17 digs respectively.

What did the Viks in was four members of the Hornets scoring kills in double figures, one player with a double-double and another, Hornet’s star Lisa Beauchene, with a triple-double.

“We had Beauchene out of the game,” Mozzochi explained, “but in game two, she came back and took complete control of the match, which what you expect a great setter to do. We were prepared for it, but didn’t make the adjustments in the match.”

The Viks also lost to the Lumberjacks of Northern Arizona University on Saturday in three games (22-30, 20-30, and 26-30). Errors were again PSU’s worst enemy, as they racked up 17 more than Arizona. Wilson and Kathy Garbacz led the Vikings with 12 kills each, and Jessica Vanzant contributed eight and led with a .429 average. 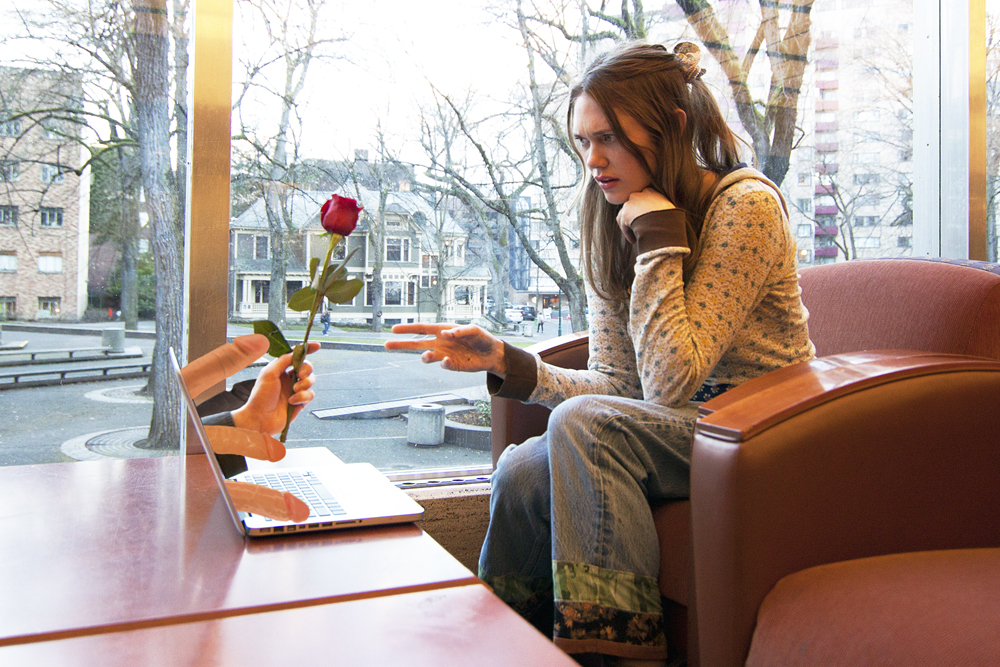 Is it still dating when you don’t leave your room?