As Portland State began fall term with a projected 25,001 students, the highest enrollment in the history of the university, many wonder what the school is planning to do in order to accommodate students and faculty.

“Whenever a building is available [the university] tries to obtain it. We’re in the real estate business as well,” Roy Koch, provost and vice president for Academic Affairs, in response to Portland State’s growing need for space.

Koch went on to say that the university “just submitted a capital construction plan to the state, which includes plans for new a classroom building” as long as the funds are granted. “We are also competing with other universities for state funds,” Koch said, highlighting the need to “try to finance buildings in unique and different ways.”

The Broadway Building is an example of this creativity. A recent addition to Portland State’s campus, it includes classroom space and a computer lab as well as 384 student apartments.

By building partnerships with nonprofits as well as private developers, Portland State hopes to accomplish the acquisition of more buildings whenever they become available by being “proactive locally,” Koch said.

The need for space is an issue for professors as well. Anna-Louise Reysenbach, a professor in the biology department, is concerned about having adequate space for new faculty. “New faculty are more research oriented – these people need the right kind of lab space,” she said.

Robert Mercer, assistant dean of the College of Liberal Arts and Sciences, works closely with the space allocations office to make sure PSU is using classrooms and class times appropriately, according to Marvin Kaiser, the college’s dean.

The key is to “make sure every classroom is used to capacity and to make sure the time frames offered [are also good for the students] so you don’t have classrooms idle,” Kaiser said.

The engineering department is moving out of Science Building One into the new engineering building, which will open winter of 2006. Kaiser said that the “hope is to gain access to classroom space but it is important to the sciences for it to be appropriate,” meaning “different work stations, improved technology, and a good learning environment.”

Shattuck Hall is scheduled for a remodel and is already in line to receive the funds from the state. “Technology changes and life changes – in remodeling, we hope that the space will be used much better,” Kaiser said. He also commented that the remodeling of Lincoln Hall is always being talked about, but again it is a matter of “looking at state funds.”

Classroom space was made available after the art department moved out of Neuberger Hall into the new art building on Fifth Avenue. Epler Hall, also a relatively new building, now has three classroom spaces in the lower level. PCAT, used for general classroom needs, has space opening up for additional classrooms now that half of the engineering facilities are moving into the new engineering building.

PSU is also working with Mount Hood Community College and PCC to offer classes in a wider range of locations. In addition, there has been an effort to make “more and more classes available online,” said Koch, “and [PSU] will continue to grow to meet the needs of students who have a hard time” gaining access to and from campus.

In order to better serve the growing number of student applications to PSU, the approach to processing financial aid has been redesigned by “making the financial aid process easier, and trying to make lines shorter in Neuberger Hall,” Koch said. He said in a written statement that while there is “growth in some student services, [PSU needs] to do more in all areas of student support and for important administrative functions like Admissions and Records.” 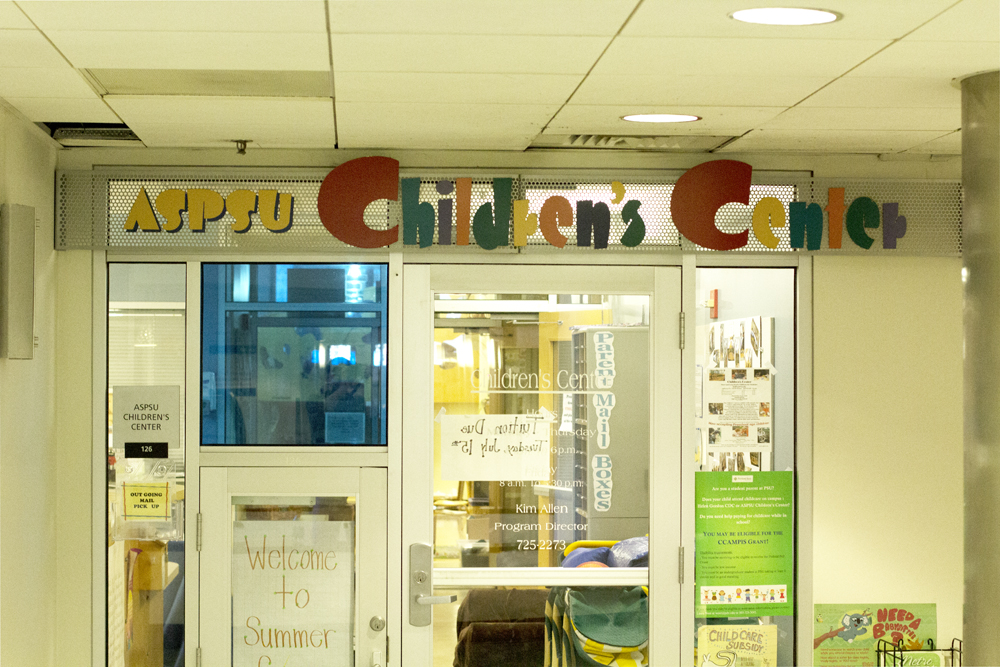 Campus resources for students with children

I think, therefore I spend?