Since the new bike path opened on Southwest Broadway in the summer of 2009, safety issues have emerged for students, bikers and community members because of its interference with TriMet’s LIFT Paratransit stop at Portland State.

Since the new bike path opened on Southwest Broadway in the summer of 2009, safety issues have emerged for students, bikers and community members because of its interference with TriMet’s LIFT Paratransit stop at Portland State.

The LIFT program provides an accessible van, designed to provide door-to-door transportation for those with mobility issues. Scott Davis, a service supervisor for LIFT, wrote in a letter to the PSU Disability Resource Center, “We used to stop right there on Broadway, just south of Montgomery. With the new bike lane/parking configuration, we got squeezed out.”

Though Davis said he walked the area several times to find a location where the LIFT van could get to the curb without conflict, he said he didn’t have any luck.

“We experimented with using the parking strip but that would mean deploying our lift platform into the path of bikes, bringing on the risk of collisions or parking in the bike lane, forcing bikes to exit the lane and potentially conflicting with traffic,” Davis wrote.

Davis suggested moving the LIFT area to a position by The Vue apartment complex on Montgomery Street, but added that it is about 400 feet away and open to weather elements.

“My main concern is that students with disabilities have a safe, comfortable place to wait for the LIFT van,” said Darcy Kramer, DRC accommodations coordinator.

Kramer said that while 400 feet may sound like a short distance, travelling in a wheel chair is much different than walking on foot.

“[It’s] not wheelchairs so much…[It’s] the people that can’t walk—people that are using a cane or have heart problems, multiple sclerosis, or have a broken foot—people that don’t have something to sit on and need a safe, dry, space to wait for the LIFT,” said Polly Livingston, director of the Disability Resource Center.

According to Livingston, the DRC responded to Davis’ suggestion, but TriMet has not yet changed the LIFT location on Broadway. However, after meeting with the DRC late in winter term, the possibility of the LIFT van pulling in between Neuberger and Smith is under consideration.

Kramer said the DRC has heard reports from students who use the LIFT that that bikers have yelled at them for blocking the bike lane.

However, bikers’ safety may also be at risk within the bike lane because of potential obstructions by the LIFT van.

About LIFT
According to www.trimet.org, TriMet’s LIFT Paratransit program “is a shared-ride public transportation service for people who are unable to use regular buses or trains due to a disability or disabling health condition.”
LIFT eligibility is not based on:
-Age alone
-A disability or medical diagnosis by itself
-Lack of TriMet bus or MAX service in an area
-An inability to drive
-Personal finances 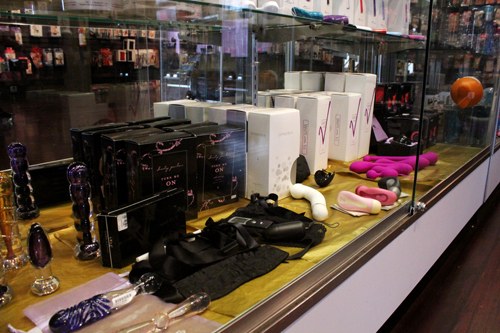