Today marks the beginning of the championship weekend in the Pacific Coast Softball Conference, and the Portland State Vikings may hope that Friday the 13th brings about some bad luck for their opponents.

Today marks the beginning of the championship weekend in the Pacific Coast Softball Conference, and the Portland State Vikings may hope that Friday the 13th brings about some bad luck for their opponents.

The two-time Mountain Division champion Vikings (32-16) host the Loyola Marymount Lions (32-25) of the Coastal Division in the PCSC Championship Series today and tomorrow. The best-of-three series will determine which squad advances to the NCAA tournament.

Both teams enter the series with identical 16-4 conference records. Portland State—the unanimous pick to win its division in the preseason polls—hosts the series at Erv Lind Stadium in Portland’s Hollywood District due to a preseason designation that gave hosting rights of the series to the Mountain Division championship.

This year marks just the second such league championship. The PCSC split into two divisions after expanding from six to 12 teams prior to the 2010 season, with the postseason series created to decide which team earns the conference’s automatic entry into the NCAA Regional.

The Vikings enter the postseason with about as much momentum as can be had. After opening the conference schedule with a disappointing 1-3 start last month, Portland State went on to win 15 of its last 16 league games to secure the division pennant and entry into their second-straight PCSC Series.

“It’s all coming together now,” third-year PSU head coach Tobin Echo-Hawk said. “We are super excited about where we are as a team.”

Loyola Marymount earned its postseason spot after securing the Coastal Division title in the final weekend of league play. The Lions needed three wins to overtake then-first place San Diego, but earned the pennant with a four-game sweep.

This year’s championship pits the PCSC’s two most successful programs against each other. The Lions have won a conference-best three championships (in 2003, 2005 and 2007) and the Vikings have twice won the title (2006 and 2009).

Echo-Hawk and her squad know that hosting the championship gives the Green Machine a leg up on their competition.

“We just want to make sure that we take advantage of home field, and that we keep rolling the way we’re going,” Echo-Hawk said. “I know they all want to go to [the NCAA] Regional and show what they can do on a national level”

But when the Lions take the field at Erv Lind, they will be bringing with them some of the league’s biggest bats. Loyola Marymount has hit a league-leading 60 home runs over the course of the season—nearly doubling PSU’s number of round-trippers.

Leading the Lions is junior infielder Sam Fischer, who this month hit her 40th long ball to break the PCSC’s career home run record. Fischer also leads the league with 44 runs scored this season and has the conference’s ninth-best overall batting average (.344).

Fischer is not the only Lion accustomed to taking a relaxing stroll around the bases. Junior first baseman Kelly Sarginson recently became the first player in league history to hit three homers in a single game, tying the single-season home run record in the process. Sarginson also holds the single-season record for RBIs, with 58 knocked in this year.

The Vikings, though, bring their own weaponry to the field this weekend—both offensively and defensively. As a team, Portland State leads the league at the plate and in the pitching circle during conference contests. The Vikings are hitting a PCSC-best .360 and throwing for a league-leading 1.70 ERA, while Loyola Marymount is hitting .301 in PCSC games and throwing for a 1.89 ERA.

Individually, three Vikings are hitting above the .400 waterline in PCSC play. Sophomore Carly McEachran leads the team with a second-best-in-the-league .475 batting average, while senior Arielle Wiser and junior Jenna Krogh are batting .415 and .407, respectively.

All four of this weekend’s games can be followed via live stats and audio by visiting GoViks.com. Game 1 starts today at 3 p.m. Game 2 begins at noon on Saturday, with Game 3 following later that day if necessary. ? 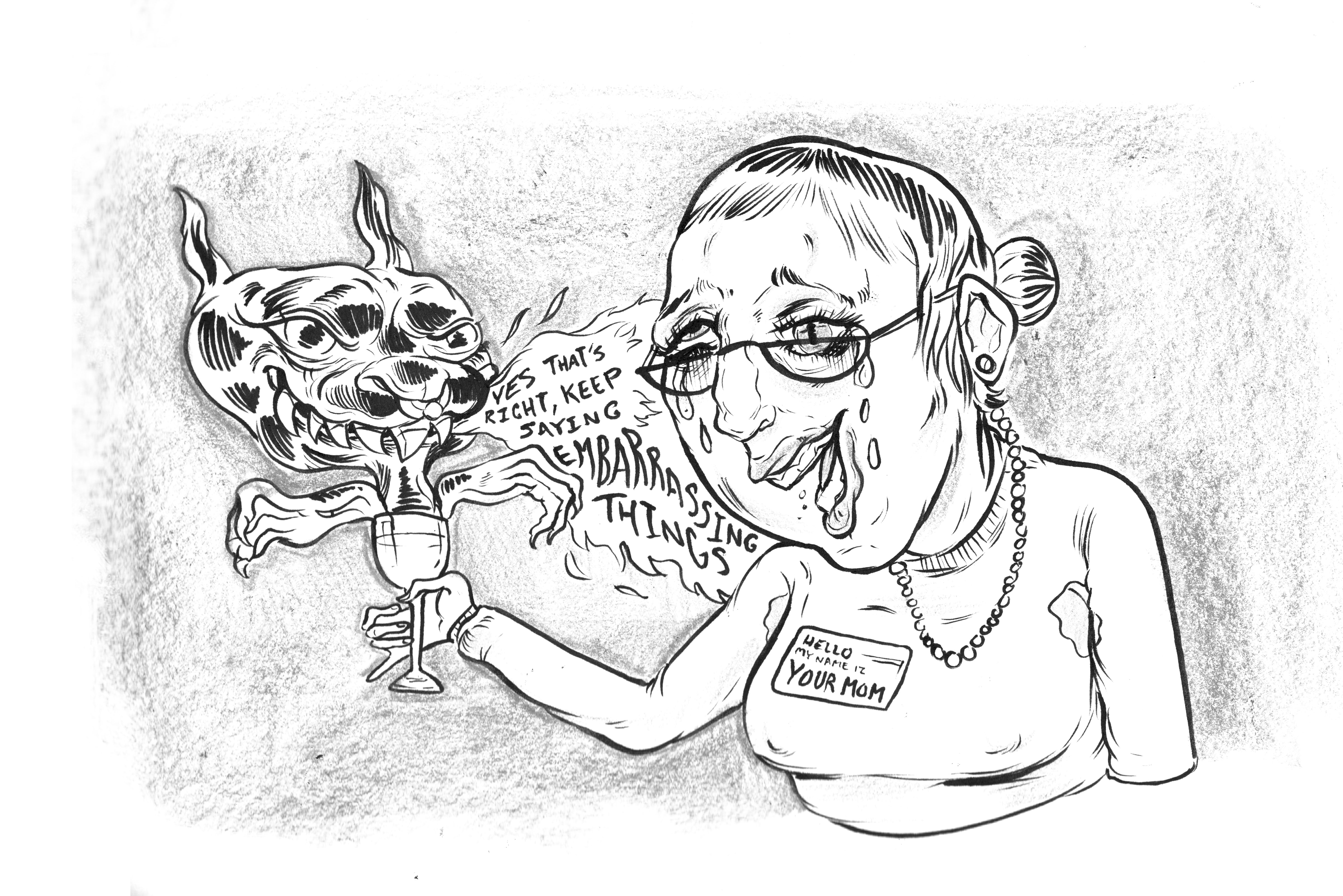 Party at the White House

That’s Not Funny… or is it?