Last week I finally broke down and paid my summer term tuition. When I checked the billing statement in my email, I noticed that it had been graciously signed: “Thank you for supporting sustainability at PSU.” I tried to ignore it, but it made me think. Portland State has a long way to go before it can honestly claim to be sustainable.

Last week I finally broke down and paid my summer term tuition. When I checked the billing statement in my email, I noticed that it had been graciously signed: “Thank you for supporting sustainability at PSU.” I tried to ignore it, but it made me think. Portland State has a long way to go before it can honestly claim to be sustainable. 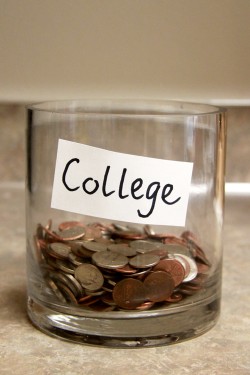 How was I supporting sustainability? By paying my bill online? Hardly. I’m sure there’s a statistic about how much paper we save by paying our bills online, but sustainability goes a long way beyond that. It goes beyond planting a bunch of trees, reducing carbon footprints and getting LEED-certified buildings.

As far as environmentalism goes, PSU is decent, certainly better than most schools in the nation. But when it comes to actually creating sustainable communities and economies, PSU falls flat.

Sustainability is directly linked to economics. A sustainable university would mean one where tuition wasn’t rising and students were able to pay for tuition without loans. Money would enter and exit the university at the same rate. We’re getting a little better at this. University housing rates didn’t increase this year. Tuition still did, though, even for summer term.

Another aspect of environmental sustainability that goes unachieved is food. I’ve written about Aramark before, and until they’re off the campus, I will again. Aramark has no place at PSU. For a school that claims to be sustainable, contracting with them is utter hypocrisy. We have hundreds of local farms and restaurants that provide healthier, better-quality food—and do so without using the amounts of chemicals and gasoline Aramark does.

Living in Ondine this summer, I’ve seen Aramark’s trucks pull up several times. They’re old diesel trucks, so strike one there. But you can taste the preservatives and other gunk in the food served at Victor’s. Cheese that sticks to the roof of your mouth in a way that no cheese should, bacon that is mostly fat but still barely tastes like meat, and that unnaturally stiff pizza crust all give one a good idea of how sustainable Aramark meals really are. Sustainability means less chemical waste, not more.

Sadly, one of the best examples of PSU’s lack of sustainability is the new construction the university will undertake using money granted by the newly approved Education Urban Renewal Area. Rather than improving existing buildings or focusing on projects that will generate serious revenue, the university has chosen to construct a couple of glass monstrosities in the Park Blocks.

Glass is expensive to install, doesn’t insulate well and has to be kept clean to look halfway decent. The Viking Pavilion will supposedly be used as an event center in addition to an athletic center. The feasibility of that, however, is extremely questionable.

The PSU campus, and the downtown area in general, is renowned for its lack of parking. The South Park Blocks have close to zero accessibility, and the closest public transportation is the streetcar on Southwest Mill Street, which isn’t capable of handling high volumes of people.

The money granted by the urban renewal area should have gone to programs that would increase local commerce and serve the public good, rather than attempting to shape up student programs and beautify the Park Blocks.

When PSU promotes sustainability, its money needs to be where its mouth is. Tuition and bonds could be put to much better use and, frankly, the way the university uses city money is irresponsible. I love this school, but we fall short of truly deserving the reputation we have as a bastion of sustainability.

There is so much room for improvement, and until it starts happening, neither the city nor the students will be getting the quality education and service they deserve. The medal of sustainability PSU supposedly carries is more like an honorable mention, not a first-place gold.