PSU played host to a police accountability forum, Monday afternoon. (Above) Dan Handelman (left) of Cop Watch, a group that describes itself as ‘policing the police,’ explains his opposition to Caine Lowery on the question “Under what conditions is the use of deadly force justified?” Lowery stated that police are perpetuating more violence by using violent tactics.

(At right) Doug Montgomery from the Citizen Review Committee (CRC), a volunteer panel of Portland’s Independent Police Review Division (IPR), showed overhead transparencies about the state of mental health services, and the responsibilities of the IPR and CRC relating to police officers’ use of deadly force. 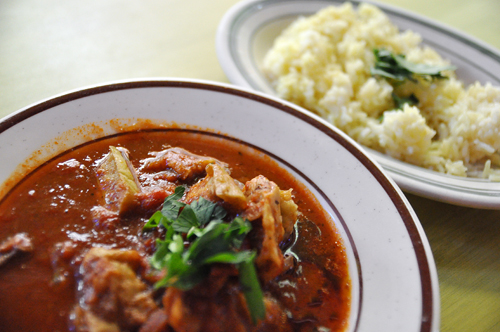