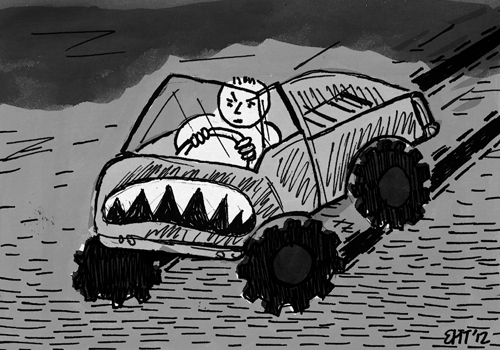 How society creates monsters of men

Spring unfolds in the Northwest. As flowers open in full bloom, people move outside to shake off the winter blues. With the spring comes the associations of rebirth, renewal and revitalization of the world around us.

How society creates monsters of men

Spring unfolds in the Northwest. As flowers open in full bloom, people move outside to shake off the winter blues. With the spring comes the associations of rebirth, renewal and revitalization of the world around us.

It is a good time to think about revitalizing ourselves, as well.

Luckily, PSU offers physical education ranging from day-hike courses that get you out exploring Portland trails and parks to yoga classes that strengthen both body and mind. Whether taken for credit or for fun, these classes are designed to help get your body healthy.

Yet there is often a mental disconnect in our society between health and beauty, with most people valuing appearance over substance. Body scrutiny in our society sometimes takes on a life of its own, and can affect all people regardless of age, sex or race.

Our society has a hard time accepting open, honest communication in men. As a result, men are stifled and their health suffers. Typically, it seems, women in our country are allowed to be more vulnerable regarding their insecurities.

Men are making strides in seizing more responsibility in childrearing and household management, yet, unfortunately, are still expected to be rather emotionally detached.

Men in Western cultures are incredibly stifled in regard to emotional expression. While scientists agree both men and women experience the full range of human emotions, it seems only women are culturally delegated to outwardly acknowledge them.

So while a woman can feel free to express her insecurities about her body, a man still might not feel he has the same luxury.

Without the opportunity to express themselves emotionally, some men resort to elementary school recess behavior, like bullying or showing off (i.e. overcompensation). Some men may feel compelled to reject emotionality completely. They might become angry instead, because it is more socially acceptable for a man to yell in anger than cry in sadness.

This behavior can prove disastrous when one is trying to be fit and healthy. Problems with anger have been linked to high blood pressure and heart disease due to the excessive production of stress hormones in angry individuals. According to one researcher, Jerry Kiffer, M.A., the stress hormones have “cardiotoxic” effects.

This means they can eventually weaken heart muscles and arteries.

Denying your own emotions can be incredibly unhealthy—yet it is bred into men to do so on a daily basis. Men perpetuate these warped notions of masculine stoicism amongst themselves, but many women are also likely to buy into the American institution of male emotional repression.

Something that every American—regardless of gender—needs to realize is that, by limiting the capacity in which men can participate in “feeling,” we are creating a reality that stifles human growth and development. Men are just as capable of experiencing emotion as women, and should be trusted to do so.

Evolutionarily, the ability to make quick judgments based on another’s appearance was a matter of survival, as it meant recognizing non-kin threats.

With the development of civilization, this ability no longer remained a matter of life and death. However, we still retained our judgmental minds; presently it has morphed into something far more superficial.

Men, especially, give themselves over to shallowness. In a recent survey of 50,000 participants by AskMen.com, the results indicated that men, compared to women, are far more likely to end a relationship if their partner gains weight.

Because just as advertisements featuring unrealistically flawless women have an adverse effect on the girls who view them, they have a similar negative effect on boys by making them expect the unattainable.

The problem is exacerbated by our Puritan ancestry, which royally screwed our view of sex by making it something sinful and in need of regulation. That degree of attention given to the evil powers of sexuality led to an unhealthy American obsession with controlling how sexuality is expressed.

We did make progress in reversing a lot of the negative stigma surrounding sex after the sexual revolution of the ’60s. Unfortunately, through the televangelist revival of fundamentalism in the ’80s and the increased social conservatism of Americans during the second Bush administration, there has been a serious regression in our acceptance of human sexuality.

Men, therefore, cannot communicate openly about sex at all. So, while we are utterly obsessed with sex as a gender, our understanding of sexuality is severely limited.

Men are learning from a young age to devalue emotion, obsess over sex and compete against one another for superficial tokens of status.

In a lot of ways, men are not set up to live healthfully in our society, because they have a lot to overcome in terms of embracing their own humanity.

How far will you drive for sexy art? 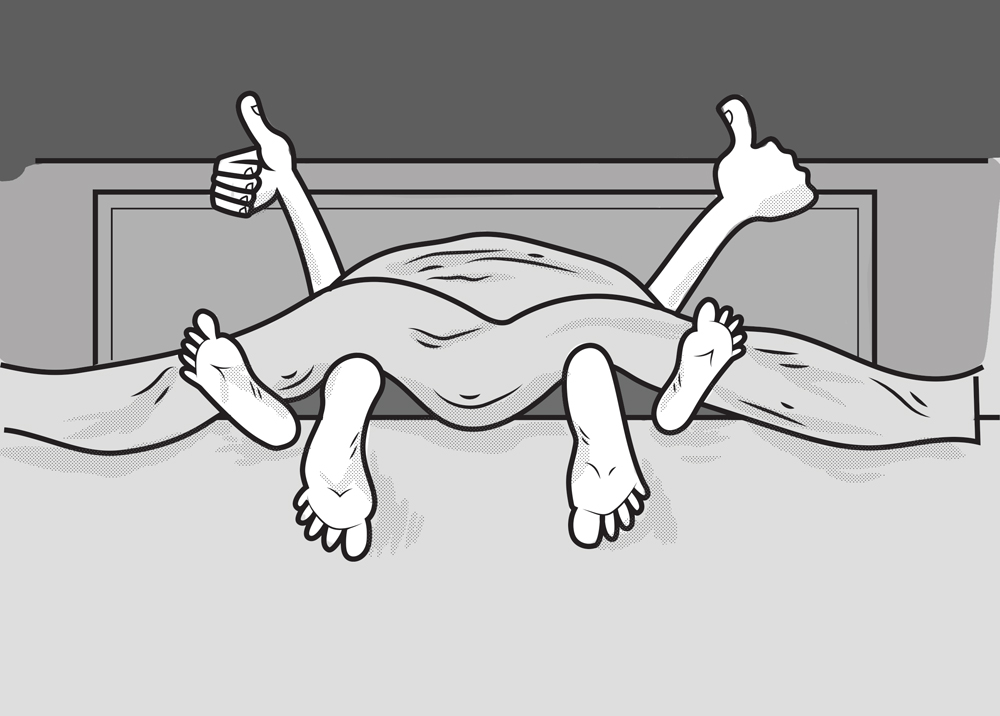