It’s nice to think that we’ve come pretty far as a country in the last 200-ish years. And we have, but not all at the same time. From observations on both the academic and Internet fronts, there’s a large number of people who would have us believe that America is “post-racial.” 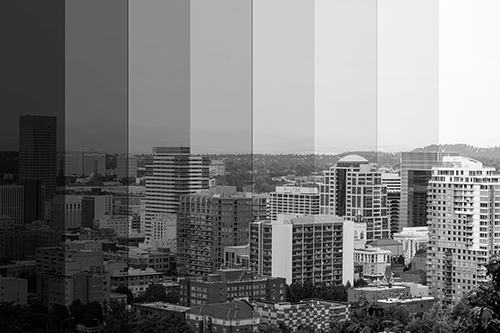 It’s nice to think that we’ve come pretty far as a country in the last 200-ish years. And we have, but not all at the same time. From observations on both the academic and Internet fronts, there’s a large number of people who would have us believe that America is “post-racial.”

This means that we’ve supposedly overcome the oppression powerhouse that is racism. While it would be so vastly amazing if that were to happen, it hasn’t. Sorry if that pops any utopian ideals out there, but really, we’re not post-racial.

Even if everything else about our society was pristine and beautiful and based on equality, we couldn’t be post-racial because media presences like Lena Dunham, writer and star of the HBO show Girls, and TV pundit Bill O’Reilly are allowed to display their opinions and perpetuate ignorance via mass media.

All depressing, anti-utopian opinions aside, the Oregon Museum of Science and Industry recently had a really cool exhibit that put the idea of race and identity politics at the forefront. The project, aptly named RACE, asked the question: “Are we so different?”

When it comes down to it, we’re all made up of the same stuff, but we are different. Like OMSI’s website states, “These differences have been a source of community strength and personal identity.”

Denying these differences makes communities more exclusive and denies the experiences of others. RACE is, according to OMSI, the first national-scale project of its kind. It examines race from “biological, cultural and
historical points of view.” It also introduces the idea of race as a social construct.

Many of the activities included in RACE were based on individuals sharing their experiences with others. It also delved into biology by examining hair, skin cells and even moles. This let visitors understand how bodies work and how they’re constructed.

Sadly, the exhibit ended on Jan. 1, but it provided an opportunity for discourse within and outside of academia.

To revisit the idea of race being a social construct, a recent article in The Oregonian quoted Portland State professor Robert Munoz Jr. as saying that racism “exists because we allow it to.”

Race and racism are triggering topics for many, but the fact that groups with a “history as oppressors” are discussing the issue is really great and forward-thinking. However, that needs to extend into the outliers and include everyone in the discussion.

Within feminist theory and the feminist community, there’s an idea called intersectionality. This means that there are various means of identity—race, gender, sexual orientation, etc.—that interact and create social inequality. Intersectionality feminists, or those who hold intersectional beliefs, believe that racism, bigotry, homophobia and other forms of oppression are all interlocking and work together to create a culture based on inequality and discrimination.

While not everyone is comfortable working under the guise of feminism, intersectionality is something that any worthwhile sociology, women’s studies or ethnic studies professor should be teaching.

Like Munoz said, racism isn’t natural, and race is indeed a social construct. We create categories in order to respond to things we don’t understand. Dante James, a community conversation facilitator for the RACE project, said, “Racial categories and boundaries are not natural but created in response to political boundaries and pressures, and race as the concept we use today was created in the wake of European colonial conquests as justification for domination.”

We know that race, like gender or the old world idea of virginity, is a social construct. We know what intersectionality is, but what do we do with these fancy academic terms? We put the theories of inclusion into practice.

If you want to fight racism and oppression, do it. Don’t deny the experiences of others. Help create opportunities for those who haven’t had the same privileges you have, and check your own privilege on a regular basis. Remove derogatory and offensive speech from your vocabulary because, at the end of the day, it’s not doing anything for you and it’s only serving to make you uninformed and disrespectful.

Also, a little bit of empathy goes a long way.

The most important part about the RACE project is that it inspired people to talk about racism. While mass media is doing a lot to inadvertently (or intentionally—who knows?) perpetuate a racist culture, we can counteract that by being aware of what we do, say and think.

In talking about these issues, or creating discourse, we’re already getting closer to an intersectional ideal where we can base cultural values in inclusion and equality rather than hatred and bigotry.