A vote for Obama is a vote for sanity

The Vanguard has already spilled much ink this quarter over the regressive disaster a Romney-Ryan administration would look like, so let’s keep our focus on the man we’re endorsing.

A vote for Obama is a vote for sanity

The Vanguard has already spilled much ink this quarter over the regressive disaster a Romney-Ryan administration would look like, so let’s keep our focus on the man we’re endorsing. 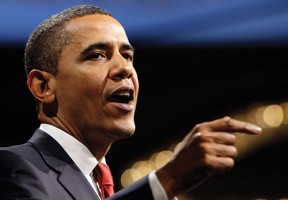 With the Great Recession still ongoing, U.S. unemployment stubbornly high and the economy convulsing back to life at what feels like a glacial pace, it’s easy for idealistic voters to succumb to the view that President Barack Obama hasn’t accomplished very much during his maiden term in office.

But let’s be realistic adults for a moment. No president, not even a level-headed, highly intelligent, overachieving gentleman and scholar like Obama, could possibly live up to the naive, hyperbolically hopeful expectations the electorate had for him when he entered the White House. Especially not with the Bush administration’s eight-year horror show—which culminated in the worst economic crisis since the Hoover administration—still an uncomfortably recent memory.

Perhaps Obama didn’t prove to be the quasi-socialist messianic figure his followers prayed for, but he’s done many admirable things nonetheless. And he did it all while cleaning up Bush’s mess, restoring a sense of dignity to the Oval Office, contending with an unprecedented ecological disaster in the Gulf Coast and supporting a series of unforeseen political uprisings in the Arab world.

Obama didn’t close Guantanamo, but he did kill Osama bin Laden and end the Iraq War. He didn’t reanimate the inert economy with magical swiftness, but his stimulus bill did help to avert Great Depression II. He didn’t give us single-payer health care, but with the Affordable Care Act of 2010, he brought us a step closer.

What’s more, he did much of it in the face of an uncooperative, downright coercive Republican House fully prepared to hold the national interest hostage, choke off the administration’s progress, deny the president any credit for his accomplishments and then blame him for the so-called failures of government.

Here’s hoping Obama has climbed the executive learning curve high enough to know that upon his reelection the white gloves must come off.

Portland mayoral candidates Charlie Hales and Jefferson Smith both have their own fair share of impressive accomplishments—as well as their fair share of gaffes. 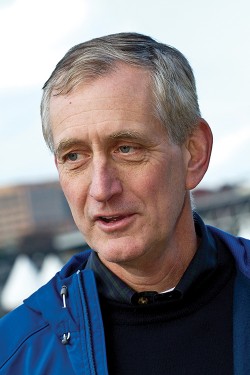 But when it really comes down to it, Hales possesses more experience as a leader and a better temperament.
His ability and determination to solve problems, coupled with his extensive knowledge of the city, make him the more qualified candidate for mayor.

During his time as city commissioner, Hales accomplished much for the city’s nationally renowned parks system and public transit—two things Portlanders take great pride in.

With a solid understanding of Portland’s budget, Hales is the stronger candidate to tackle the financial hurdles that face the city.

For these reasons, we endorse Charlie Hales for Portland mayor.

We like Amanda Fritz’ hands-on, small-town approach to leadership. 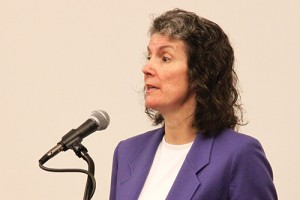 She answers correspondence personally and appears to grasp the city’s challenging politics on layman’s terms.

Fritz uses public financing to bankroll her campaign, not accepting more than $250 from any one donor—leaving her less beholden to big-money interests.

Her opposition to the city’s planned Education Urban Renewal Area—a plan projected to provide up to $169 million in tax increment financing for investment in educational facilities, affordable housing and private taxable development in the downtown University District—is admirable. She voted against it in May.

We have faith that Fritz will look out for students’ need for affordable housing in this district when urban renewal dollars start pouring into these projects.

Private casinos: a bad idea all around

Oregonians love their lotteries—Scratch-it tickets, video machines, Powerball, Megabucks—all of which serve a purpose in society as a seemingly harmless method of entertainment. But here’s the deal: Gambling’s not a pastime we should support on any level.

Especially when it comes to privately owned and operated casinos like the proposed mega-complex near Troutdale.

Measure 82 would allow it to be built, and Measure 83 would define the parameters of the casino itself. Measure 82 would open the floodgates of privatized gambling in Oregon. It would effectively amend Oregon’s constitution.

Only 25 percent of its revenue would go back to the state, and considering the potential the casino has to take money away from the Oregon Lottery, it’s possible that there wouldn’t be additional money funneled to Oregon’s school systems.

The remaining revenue would go to out-of-state investors.

In times like these—when jobs are scarce, checks are light and notions like health insurance and benefits have become the wistful anecdotes of a generation that now seems very far removed from this one—Measure 85 presents an incredibly important decision for Oregon voters.

However, if it’s a choice between sending extra funds to a public school system that is struggling to compete globally or to businesses that are struggling to expand, we believe that students are the ones most deserving of an upgrade. We say “yes” vote to repeal the corporate kicker tax law and make an investment in our future.

Multnomah County residents, listen up. Did you know that Multnomah County Library has the second largest circulation in the U.S., after the New York Public Library? Or that in cities with populations between 500,000 and 999,999, MCL is the highest-ranked in circulation, collection turnover and library-only materials per capita?

All of these are reasons to vote “yes” on Measure 26-143, which would give MCL permanent funding.

Up to now, funding has come from various short-term levies and bonds, leaving the system in constant limbo regarding its existence and success as one of the most important community services in Portland.

A “yes” vote would create a permanent library district in which funding would be collected via real estate taxes. It’s a paltry amount: $1.24 per $1,000 assessed value.

It’s a small price to pay for the future of our public libraries.

The hyper-criminalization of marijuana has infected North America in all the wrong ways: Petty users and smalltime dealers are incarcerated for decades because of harsh “war-on-drug” sentencing, and marijuana trafficking begets violence in our poorest neighborhoods—all while lining the coffers of corporation-like cartels far from the streets.

For this reason, Oregon’s Ballot Measure 80 (the Oregon Cannabis Tax Act) is worth voting “yes” for. The act draws parallels between cannabis and alcohol, noting that the former “does not constitute a public health problem of any significant dimension” and that there exists no “rational basis for treating cannabis as more dangerous than alcohol.”

By legalizing the use and possession of marijuana, the measure would redistribute cannabis dollars from cartels to the government through taxation, which would be overseen by an Oregon Liquor Control Commission-like governing body. 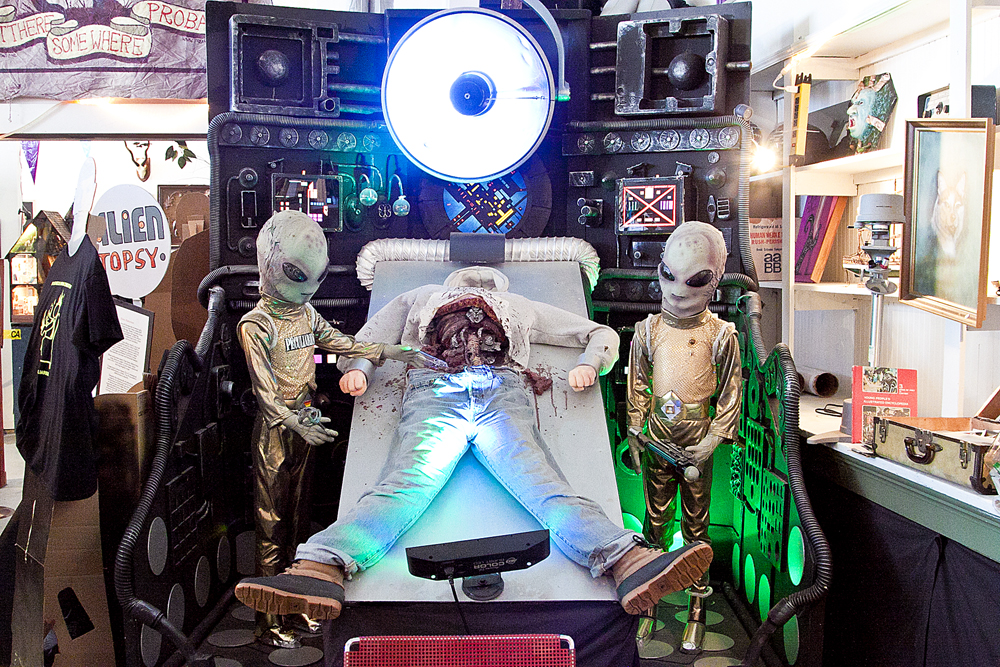 The Rant & Rage: Hear this!