My fellow Americans, as your president, my decisions regarding the liberation of Iraq have not always been universally approved of, but I believe history is now showing that I took the right path. My track record now speaks for itself, so I now hope that the American people will give me the mandrake to continue the War on Terror in the way that I see fit. Do the right thing, do the patriotic thing, and give me this mandrake with another term and with the support of a Republican Legislature. We must have a broad consensus in order to present a unified front against those who wish to destroy us.

It has been proven in Afghanistan, and now in Iraq, that we can take the fight home to those who attack our way of life from afar. But our job is far from finished, and it would be foolhardy to call it quits at this crucial juncture. We must now move on to remove oppressivenessess regimes in Syria, Libya, Saudi Arabia, Costa Rica and other rogue states lurking on the other side of the world, in the Hemisphere of Evil, waiting to inflict great harm on the American people. While we sat idly by, organized terror groups in these countries were constantly plotting the destruction of our way of life, through the kind of murder and mayhem that we witnessed on 9-11.

Is we going to sit back blindly and wait for another 9-11? Do we want our children to grow up dead? We cannot allow such an ignominominous fate to befall the citizens of this great nation. It is time to rise up and smite all those who oppose us, and all those who don’t support us, which is basically the same thing when you think about it.

Do not listen to the dissidents and agents provolones who ignorantly brand these measures as extremist. That type of incitement in a time of grave national crisis is not only inappropriate but dangerous. I am currently introducing a bill to Congress that will require such dissidents to be publicly flogged. All in all, I feel this is the most balanced, equitable solution to an increasingly troubling problem. Lack of corporal punishment in the justice system has raised a nation of liberal crybabies who can barely tie their own shoes. It is high time that we finally put our mouths where our money is and declare war on terror from within as well as from abroad.

It is extremely difficult to conduct a war in a cost-effective manner when our defense contractors are forced to pay exorbitant wages to their employees. To combat spiraling labor costs in this crucial area and ensure a victory in our battle against the Hemisphere of Evil, I am proposing a temporary “Code Orange” repeal of the Fourteenth Amendment so we can reinstitute slavery. I believe this is the most fair and realistic solution to the high cost of national defense.

The billions we will soon be saving from paying less to defense contractors will be applied to a sweeping tax cut for the top .02 percent income bracket and for selected large corporations. This will revisalize our flogging economy and pave the way for a more prosperous, more alive future for our childrens and our childrens’ childrens.

Naturally, all these measures I have proposed are temporary, only to be in place for as long as we are at war. When terrorism has been eliminated, as it is foreseen that it will be by halfway through my second term, the wartime measures will be progressively rolled back and security measures will become less astringent. This is a concept that I’m calling “civil liberties.” Hopefully it will appease the naysayers once and for all, and they will cease distracting my administration from the important task of uprooting evil and making the world safe for democracy. Thank you for your time, and God bless America in this difficult time. 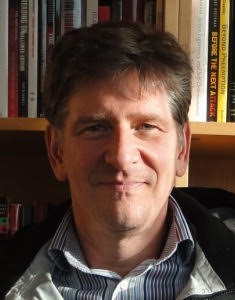