A resurgence of feminists in Hollywood is exactly what we need

In a world of Kim Kardashians and Angelina Jolies (don’t get me wrong, I love Angie), the focus is on gossip and creating scandal rather than crafting a quality film or television series. That’s sad, because art is important, even in its most ephemeral forms.

In a world of Kim Kardashians and Angelina Jolies (don’t get me wrong, I love Angie), the focus is on gossip and creating scandal rather than crafting a quality film or television series. That’s sad, because art is important, even in its most ephemeral forms. 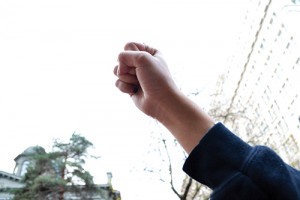 In an article recently published on AwardsDaily.com, Sasha Stone stated that after a surge of feminist film figures in the 1970s, the movie industry dramatically shifted away from strong feminine figures. Stone also said that after films started grossing more than $100 million, “strong female characters all but vanished.”

This brings up an important question: In an industry so focused on sex appeal, where are the women?

After the release and imminent success of the Star Wars franchise, you’d think filmmakers would be itching to create the next Princess Leia. Not only did Leia represent a loving, caring political figure within the franchise, she also knew how to kick ass without the help of her male counterparts, all while looking spectacular. Sadly, other strong female characters didn’t follow her role.

The late ’80s and ’90s were male-dominated save for the films of Julia Roberts, an actress whom Stone says was “one of the few women who could command the same salary as Tom Hanks or Tom Cruise.” Roberts aside, not many femme power leads were around in the ’90s, and that same pattern followed through until the 2000s.

Now we’re seeing more female characters: Pixar released Brave over the summer, featuring the first female lead character in Pixar history—a young redheaded girl rebelling against the tyranny of her parents and ultimately bringing peace to the warring clans in her home country.

Aside from computer-generated feminist roles, we’ve had Katniss from the Hunger Games franchise. Katniss presents a strong young woman determined to take down an oppressive government from within. Neither the film nor the books feature unnecessary sex as a ploy for political or personal gain; Jennifer Lawrence, who plays Katniss, is probably more feminist than any other actress in Hollywood right now.

Finding feminism in Hollywood goes further than just examining film characters. It includes how actors and actresses present themselves, how they voice their opinions and what films they choose. Lawrence has shown herself to be both a strong woman and a strong actress. She refuses to diet for the roles she plays, is able to hold her own in interviews, makes jokes about the industry she works in and still gets roles. She’ll also be portraying Katniss for the next two Hunger Games films.

Manohla Dargis, a critic for The New York Times, called Katniss a “new female warrior,” and said that she “again and again rescues herself with resourcefulness, guts and true aim, a combination that makes her insistently watchable.”

However, Dargis criticizes Lawrence’s size, saying she didn’t look “hungry enough” to be portraying a poor, starving survivor in a dystopian landscape. Sure, if we’re talking logistics, Katniss probably should have been shrunken down, but if that were the case, then all the actors and actresses should’ve had ratty hair and blackened teeth.

Along with Lawrence is Kristen Stewart (the blatantly antifeminist Twilight franchise aside), whose roles have shown her to be a strong female lead. In Snow White and the Huntsman, she played an updated version of Snow White, coming out of her woodland hideaway to fight her evil stepmother. She’s also portrayed Joan Jett, Marylou from On the Road and various other strong, independent feminine roles.

Off the silver screen, Stewart’s been strong as well. Over the summer she was part of a tabloid scandal that almost ended the relationship between her and her on- and offscreen boyfriend, Robert Pattinson. Rather than allowing the slut-shaming and negative press that followed her every move to get to her, Stewart stayed strong, criticizing her own critics for being so condemning of her actions.

Some might argue that Stewart’s role in Twilight contradicts any claim to feminism she might have, but that’s a low ball argument. She is, after all, an actress. It’s her job to accept and portray roles. Twilight’s Bella might not be the most feminist role out there, but it certainly helped take her to the next level of Hollywood stardom.

Even now, in the 20th century, most of what we consider “normal” within mass media is controlled through patriarchal means. There is still a dearth of strong female roles in Hollywood, but it seems to be getting better.

What we need are more young actresses recognizing that they don’t need to play air-headed characters focused only on getting the boy and selling sex.

There’s something to be said about using one’s body for personal gain, but that’s a whole different argument about commodification in the film industry. We can’t force feminist values and strong female leads into Hollywood, but we can definitely cultivate them by going to see movies that portray strong female characters and not buying into all the negative gossip that goes along with tabloid culture.

Creating a feminist-friendly Hollywood is easier than you’d think. All it really takes is a sense of community and solidarity. Keep upping the feminism and the femme punks.

Oh, yes, it must be spring