Portland State made it to Daytona. The PSU cheer team had been raising both funds and awareness prior to their April 7 departure date to Daytona Beach, Florida, for the National Cheerleaders Association Collegiate Championship. But they finally made it.

The tournament is so prestigious that teams have to qualify in order to compete in Daytona, with two ways of qualifying. The first is attending a camp in Las Vegas, where teams compete and showcase their skills. Teams that qualify move forward to Daytona. The second option is to submit a video showcasing these same skills. These skills are then rated using a point system that decides if the team qualifies to compete in Florida.

Lucky for PSU, they made the cut and packed their bags for ocean waves, sandy beaches and the biggest cheerleading competition the Viks have seen sofar.

In Daytona, it is all about cheer. Among the members that made it to Daytona is Molly McCay, a freshman at PSU.

“Everybody there is into it and passionate about it,” McCay said. “There’s not only cheerleaders but also supporters. They really consider it a sport.”

McCay is a local who grew up in Beaverton, where she attended Beaverton High School and cheered for the varsity team in her four years there.

“After I went to Daytona it made me fall in love with [cheerleading] even more,” McCay said.

She said that the first time they competed in Daytona it didn’t go as well as they had anticipated. However, she said they actually ended up scoring higher than they thought they would due to the performance they had deemed as unsatisfactory.

Ultimately, the team barely missed the marker for finals.

“We just missed making finals,” McCay said, “It was pretty devastating, but a lot of us were still happy with the way we performed.”

The teams that did not make it to finals were entered into an alternate pool of the competition known as the Challenge Cup.

“We tried to keep our energy up ‘cause at that point it was all mental,” McCay said. Focused and ready for their second performance, the PSU Viks took the floor and ended up taking second place in the Challenge Cup and sixth in their division overall.

The trip to Daytona was significant for the PSU cheer team. Before this, they had never competed in such a prestigious competition. But it was much more than just a competition.

“The whole experience is what was most important to us,” McCay said. “It’s like a reality check that you have to work together, no matter how well you work individually.”

Though the season technically at a close, the team is still preparing for the road ahead. According to McCay, the PSU cheer season kicks off in July with daily doubles. This upcoming season they will be attending the camp in Las Vegas in attempts to qualify for the NCA championship for a second year in a row.

When they get back from Vegas, they will continue their training with practices scheduled three times per week. In addition to these three practices, weight lifting sessions will be incorporated into the team’s training schedule as well.

Once classes begin in fall term, the team’s training schedule will consistently be Mondays, Wednesdays and Fridays. Their thrice weekly lifting sessions will be reduced to just one on Sundays. However, team members are required to train three times per week on their own outside of their scheduled training sessions.

“A lot of people assume that we just sit on the sidelines and look pretty, and smile and wave our arms around,” McCay said. “But there’s a lot of work that goes into it. Until they actually try it, they won’t know what we do.” 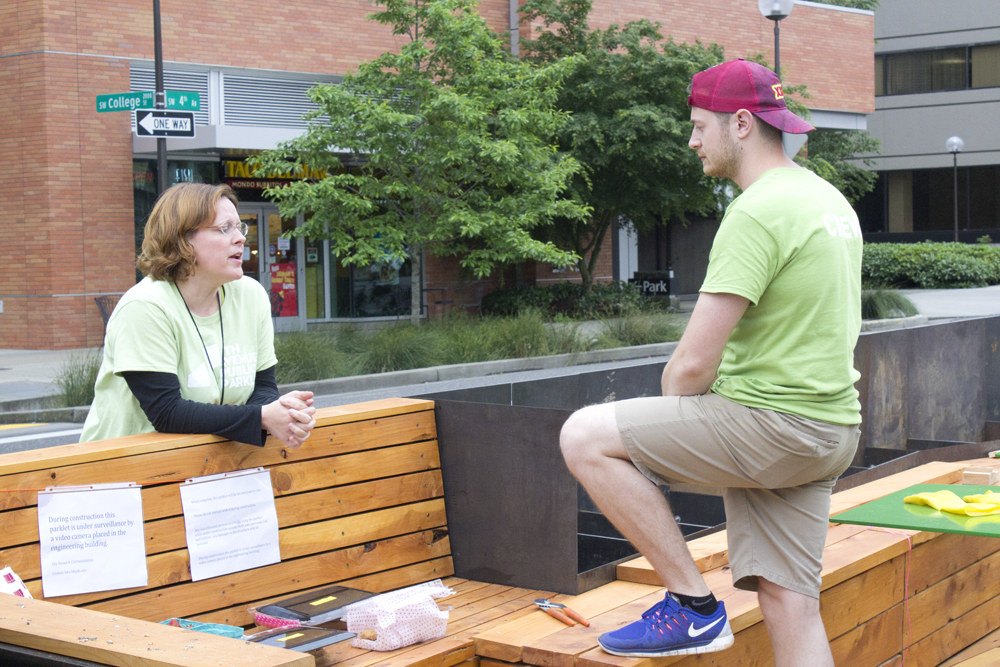 New professorship reaches out to minorities