The Portland State wrestling squad will travel to Redmond this Friday for the Oregon Wrestling Classic. The classic will feature nearly 17,000 participants ranging from elementary school to college level. The dual meet tournament is one of the largest in Oregon.

The two-day classic will have eight colleges entered into two pools. In Portland State’s pool the bracket will consist of the Air Force Academy, Cal-State Fullerton and Simon Frazier University. In the other pool are top-25 schools Oregon State and the University of Illinois, as well as Pacific University and Brown University.

The Vikings have already defeated Simon Fraizer 35-3 earlier in the season at the Oregon State Duals, but are not looking past anyone. Simon Fraizer will be the first team the Vikings face in the classic.

Cal-State Fullerton also has two or three solid weight classes that may give the Vikings some trouble at 125, 141 and 165 pounds. The Vikings will be facing Cal-State Fullerton in back-to-back dual meets. Wednesday the Vikings squared off against the Titans at the Peter Stott Center. The Viks will see Cal-State in their second round of the tournament. Results were not available at time of press.

The Air Force Academy is the third and probably the toughest squad PSU will face with at least five solid wrestlers. Three of Air Force’s wrestlers are nationally ranked at 149 pounds, 174 pounds, and heavyweight.

The Vikings went 1-2 at last year’s home Oregon Classic held in the Memorial Coliseum. On the road this year the Vikings still have a chance to put up good numbers at the classic and get a few more “w”s.

Put It In Your Mouth: Pho Hung 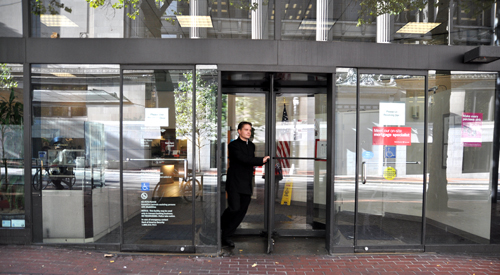 This Saturday, Portlanders may ‘move their money’