Yet almost every day each of us partakes of something that would not be here were it not for the existence of pornography.

Jeff Hale, liberal arts advisor and professor in new media communications at Oregon State University, teaches an online special-interest class that focuses on pornography and how it has changed the ways we access all that we do.

“We don’t know exactly how the relationship and the connections work, but we know that there is a relationship between the two factors,” Hale said. Of course, there is other research that supports or seeks to challenge this claim, but the idea seems to hold true in many different cases.

With so much talk about the benefits of pornography in society, there is no denying it provokes many concerns as well. First is just how easy it is to access pornography, even for children. Next is that young men seem to be developing an obsessive-compulsive relationship with online pornography.

The last big concern about pornography is the health and safety of the sex workers themselves.

Recent legislation in Los Angeles County requires condoms to be used in all pornographic productions. There was even a recent All Things Considered segment on National Public Radio regarding this issue featuring Steve Hirsch, the CEO of Vivid Entertainment, one of the larger pornography production companies.

These concerns are the ones that seem to be valid for most everyone in society. Big concerns also come from many religious and value-based people and groups. It’s a common belief among them that pornography should be avoided at all costs.

So far in history, pornography has been seen as degrading to women, but Hales pointed out that that could change.

“It has the potential to empower women, if women take greater control over the production process and create products that they see [as] more appropriate for both men and women,”
Hale said.

Women are more accustomed to telling stories: They have different narratives, they are more relationship-based and they develop a storyline more. Hale said that this could change the focus or force of pornography.

“Fifty Shades of Grey is pornography,” Hale said. “There’s no other way to say it.”

Even just searching ‘romance novels’ on Amazon.com gets you steamier content than anything you can possibly watch.

Samuel Pepys, a 17th-century British Parliament member famous for his diary, said of pornography (before the word “pornography” was even invented) that it was a “book that you read with one hand.”

With all these benefits and concerns it’s hard to know where to stand on this complex issue! “Pornography works at a political level, a cultural level, a social and behavioral level,” Hale said. “It’s kind of all-encompassing.”

But Hale pointed out that there are many books and research out there that show pornography does have value and is important in our society.

“It has helped define our sense of First Amendment rights as well as helping us in a technological way,” Hale said. “ [The] Internet as we know it today would not exist if it weren’t for pornography.” 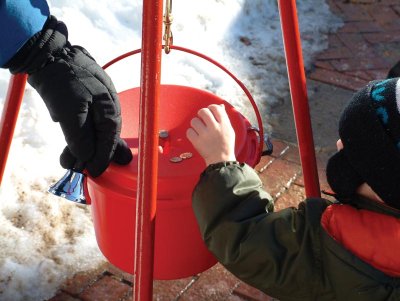